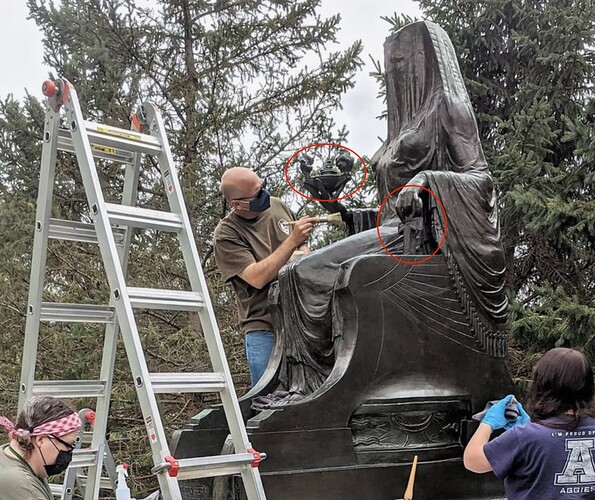 Following up on the donation by the Belgians (think Congo uranium / diamonds) of the veiled Isis statue to Herbert Hoover for his “service” to the starving Belgian people during WWI.
@jenlake noted the motif of the veiled Isis was not uncommon during the enlightenment era.

@leo brought to my attention Einstein’s reference to de Broglie’s work on wave function as “lifting the veil.” 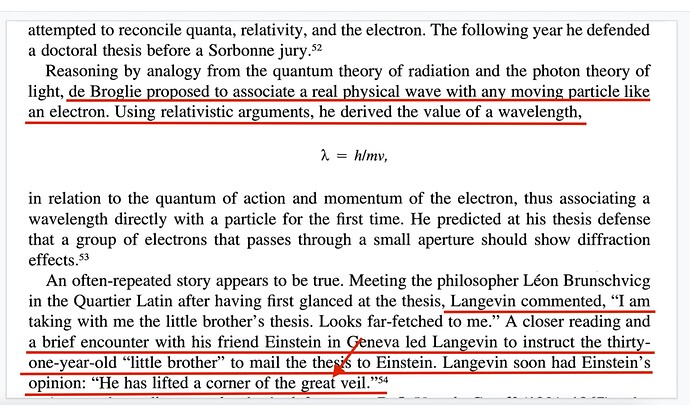 Jen also brought William Winwood Reade to my attention. He wrote a book on the Veiled Isis and Druids, which can be read on Wayback Machine as well at another book, The Martyrdom of Man, said to have been a major influence on Cecil Rhodes and HG Wells. In my heart I believe nature, and ancient trees especially, have a particular role in what is happening. @Gino 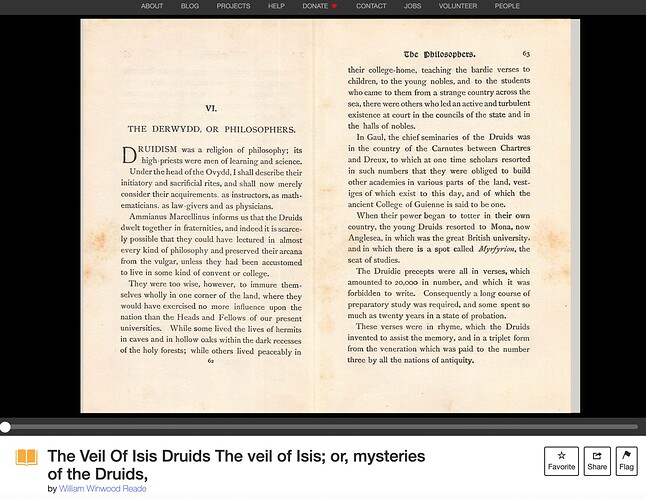 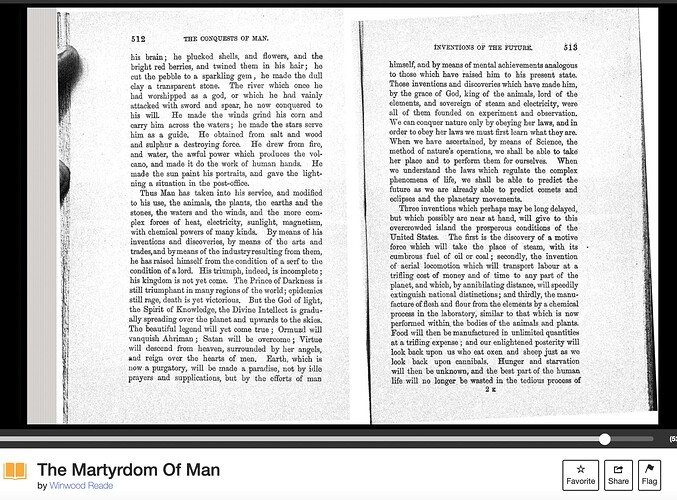 Consider my post yesterday about Walter Russell along with Reiser on optics and color, and biophysics / the nature of matter. The friend who told me about Russell also shared about the Bayse, VA vortex and the Shrine Mount of Transfiguration managed by the Episcopal Archdiocese of VA.

“Route 263 is the only Virginia state highway that dead-ends. Well, actually it doesn’t end - it veers around an enchanting village green and returns upon itself, like the upper circle of an ankh. Or, to complete the Egyptian metaphor, it loops like a sandal strap around the ankle of the goddess. 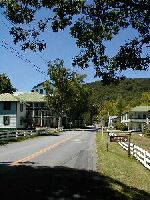 The place where this happens is the tiny village of Orkney Springs, VA - a quiet settlement of white-painted houses, a post office, a nonremarkable store / deli with odd hours (it never seems to be open), a historical hotel complex, springs with a reputation for healthful waters and, not the least of all, a unique open-air church without walls or roof: the Cathedral Shrine of the Transfiguration, part of Shrine Mont. Astoundingly, many people visit Orkney Springs, drive around the green and then out the way they came, without ever realizing that a jewel of religious and architectural history sits up along a hillside behind a grove of trees, at a distance equal to a city block, or less.”

"But it is a question of more than history: the circa 1925 cathedral under the trees, brainchild of one Rev. Edmund Lee Woodward, is a visionary structure whose roof and walls are conceptual, suggesting a body made of energy rather than dense physical matter. To some it embodies an example of what yogis call the higher vehicle, helping us understand what the term “energy vortex" means. The 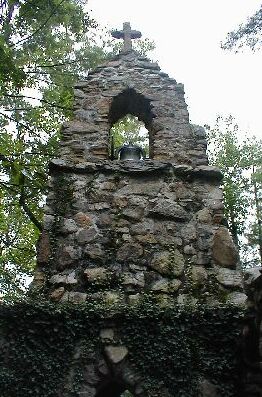 goddess metaphor is apt as well – but more on that below.”

“Shrine Mont’s baptismal font is made of a hollowed out stone used by the Indians to grind corn (corn @leo). Ritually the font is a basin within which the infant is connected to divine blessing. The alchemical lexicon has a symbol corresponding to such a basin: it is called athanor (ref. to quote from Ralph Metzner, below), and it is the vehicle within which liberated consciousness is formed.”

“Basye & Bathsheba . From Finland, to India and Egypt, streams and rivers are the cradle of rediscovered divinity. By an odd coincidence, Basye is named after a feminine Biblical figure related to rivers and springs: named Batya – of which Basye is a variant – in the Book of Jasher, referred to in Joshua and 2 Samuel, she is the Egyptian princess who found Moses in the Nile. She is also mentioned, in another context, in 1 Chronicles 4:8. In Hebrew, “bas” and “bat” both signify daughter. Many believe that Orkney Springs is the seat of goddess energies on the eastern seaboard of the U.S.”

"Basye comes from a French word meaning “threshold.” The word is not found in standard dictionaries, but it is listed in Atlas Linguistique de la France (Linguistic Atlas of France , 1912), which maps the geographical distribution of less common usages. (Click to view the relevant page of the Atlas – “Basyé " is on page 45.) Basyé is a synonym of seuil , meaning threshold, door-sill, or portal.
The Basye Genome - Basye Vortex”

For those who want to know more on vortices and physics - wild stuff, but given what I know of high-level folks investigating such things - worthy of careful consideration. Light Sailing - Basye Vortex 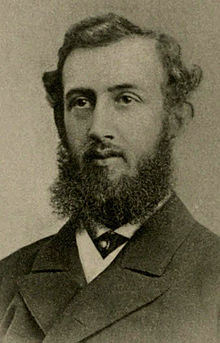 William Winwood Reade (26 December 1838 – 24 April 1875) was a British historian, explorer, novelist and philosopher. His two best-known books, the universal history The Martyrdom of Man (1872) and the novel The Outcast (1875), were included in the Thinker's Library. Reade published one novel under the pseudonym, Francesco Abati. Born in Perthshire, Scotland, in 1838, William Winwood Reade was a "scion of a wealthy landed family". Having failed at Oxford University and, despite having compose... 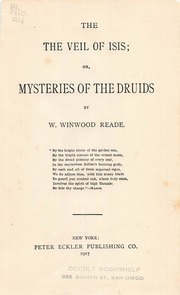 The Veil Of Isis Druids The veil of Isis; or, mysteries of the Druids, :... 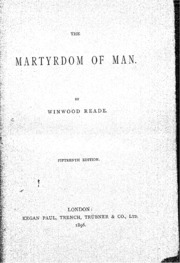 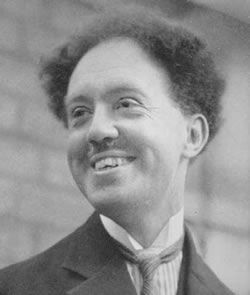 One of the weirdest aspects of life on the quantum scale is the fact that all particles sometimes behave like waves. Max Planck first proposed the notion of quanta in 1900 to explain blackbody radiation, and, with Einstein’s additional insights in... 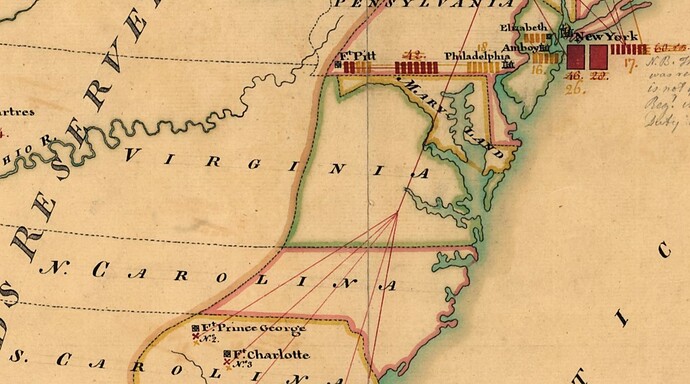 I often talk about the need for a broader understanding / reckoning with US history, which is why I cannot align with the MAGA / patriot framework. For me the Metaverse IS the extension of Manifest Destiny, domination, control. Understanding that the reasons behind the American Revolution are more complex than most of us have been taught is key. I wish more people understood the Proclamation of 1763 - British fortifications along the Appalachians to prevent the COLONISTS from illegally occupying indigenous land after the French and Indian War. That the “taxation without representation” was about paying for British troops to be billeted along that corridor.

Not the author on the screenshot in the footnote. 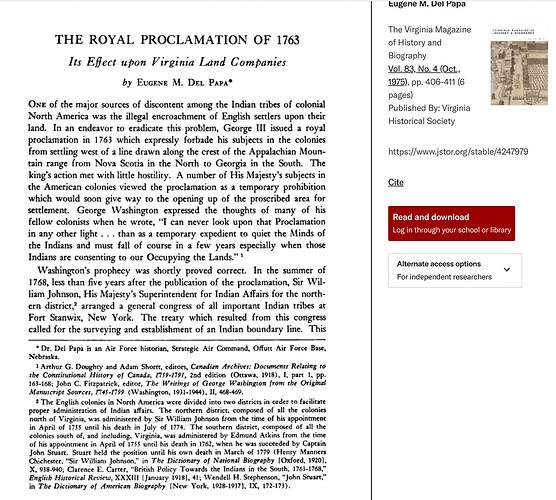 I’m going to try and get access to the full article. I’m pretty sure Bayse is not far from that line and the George Washington National Forest is nearby. Many of the founding fathers were speculators in land they were not entitled to, because it lay beyond this line - Washington and Jefferson among them.

The Proclamation Line of 1763

The Proclamation Line of 1763

Cantonment of His Majesty's forces in N. America according to the disposition...

Scale ca. 1:6,500,000. Manuscript, pen-and-ink and watercolor. Includes penciled note and listing of the composition of "Detachments." LC Maps of North America, 1750-1789, 118 Available also through the Library of Congress Web site as a raster image.... 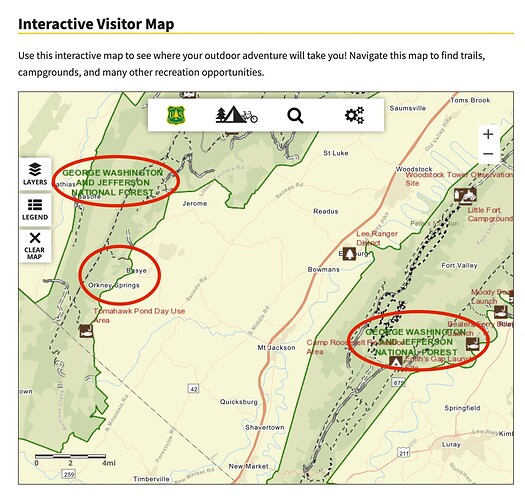 Feels like it was meant to be…I have some dandelions from Rochester.
https://www.fs.usda.gov/main/gwj/maps-pubs