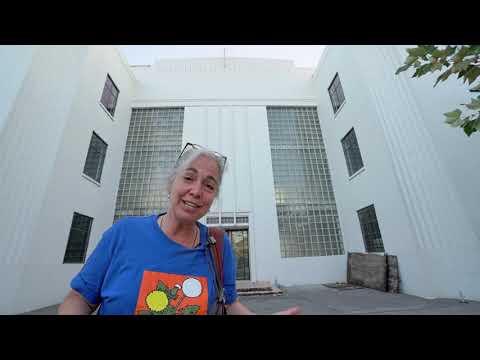 Honestly, these developments make me think a lot about Schlumberger and how the petroleum industry is likely to interface with new forms of hydrological prospecting - their use of electricity to assess deposition. Schlumberger was also AI. 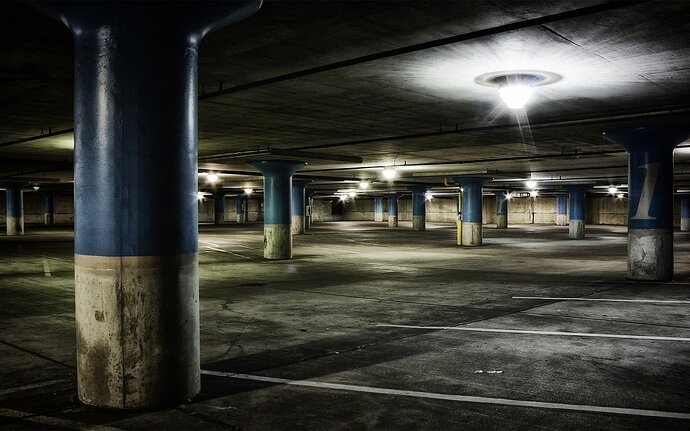 How the oil industry and venture capitalists cornered the mobility market on the road to the Great Reset.

" Founded in France as the Société de Prospection Electrique by brothers Conrad and Marcel Schlumberger with $500,000 francs from their father, the American division – Schlumberger Well Surveying Corporation – soon became the company’s most profitable venture and in due time, Schlumberger would morph into an oil industry powerhouse that would be logging 70% of the world’s oil wells by the 1980s.

Schlumberger’s dominance in the oil drilling business was compared to IBM’s in the computer industry and as it diversified its interests, Schlumberger began to venture into the technology sector, itself, acquiring multiple semiconductor and electronics manufacturers. In 1987, Schlumberger established the Austin Systems Center to develop advanced computer systems and artificial intelligence (AI) applications and machine learning techniques for the resource prospecting industry and was a Silicon Valley pioneer, of sorts, when it moved its Palo Alto computer science research center to Austin a year later.

The oil company was ahead of its time in many respects, it seems. As it diversified, Schlumberger developed a parallel technology business focusing on access control systems, like intercoms, electronic locks and parking meters, which it consolidated under a division it called Schlumberger e-City as far back as the 1970s. It came to dominate that space just as it had dominated the oil drilling and prospecting business." 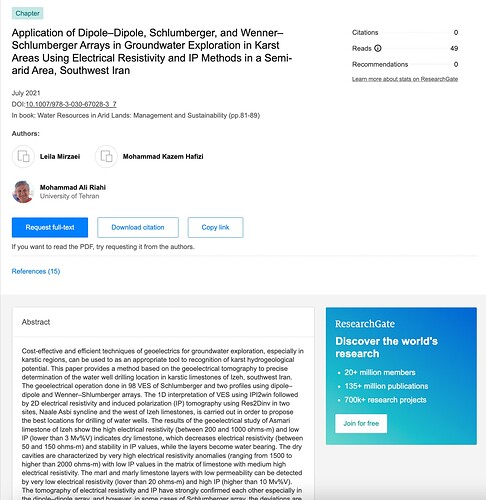 Voronoi patterns are used to simulate fracturing of rock and model sharding in geology and on blockchain. 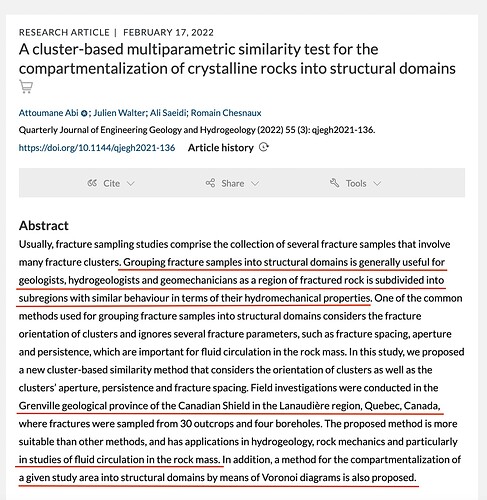 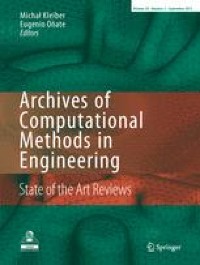 A Review of Hydraulic Fracturing Simulation - Archives of Computational... 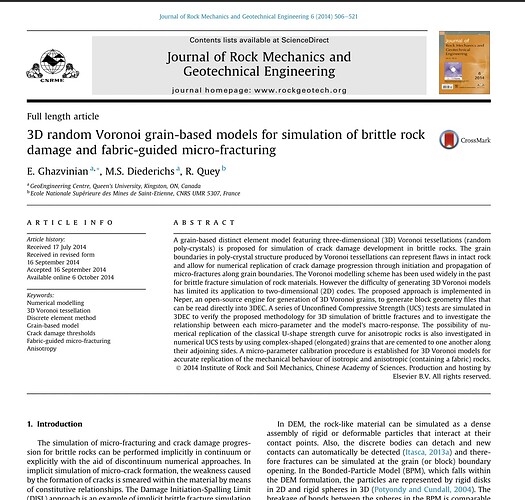 Note these pages from the “New Water for a Thirsty World.” 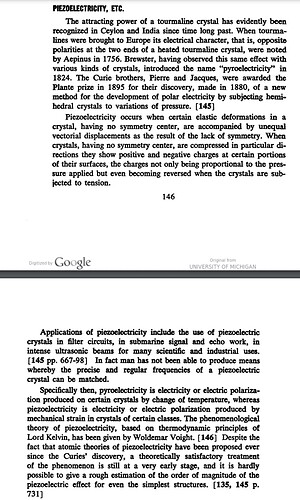 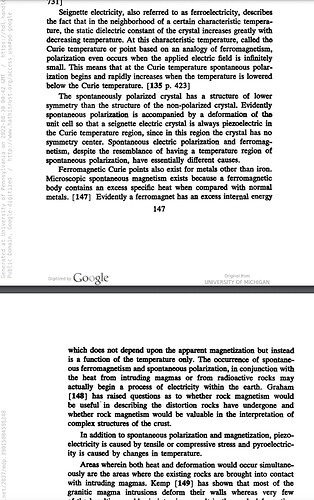 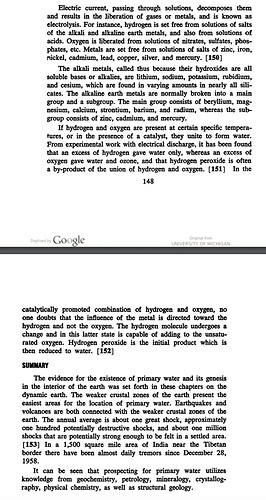 Also a friend suggested when I spoke of the tree of life to look at the scripture in the Book of Mormon and I find it interesting given reference to ferro-electricity that they talk about a tree and a river and an IRON rod leading to it. @Stephers 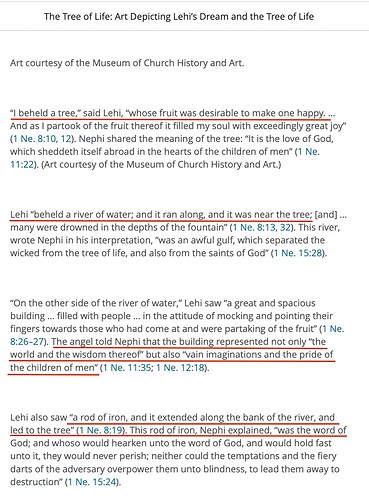 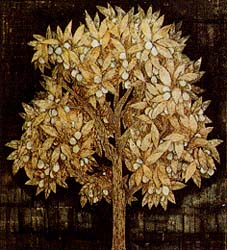 This is a map I am in the process of making for Voronoi and Bristol where one of the primary papers developing efficient algorithms for it was published in the 1970s. 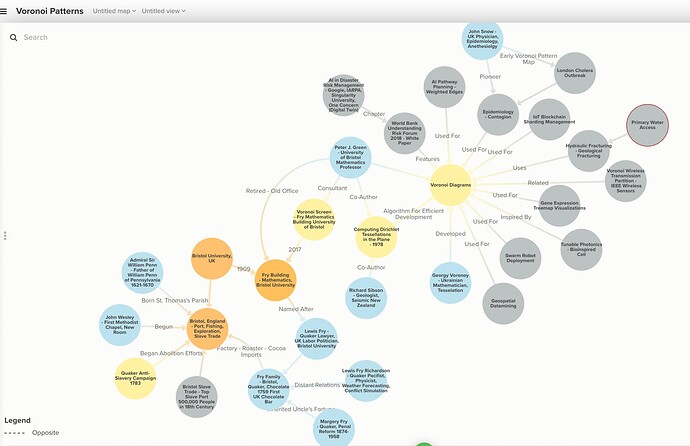 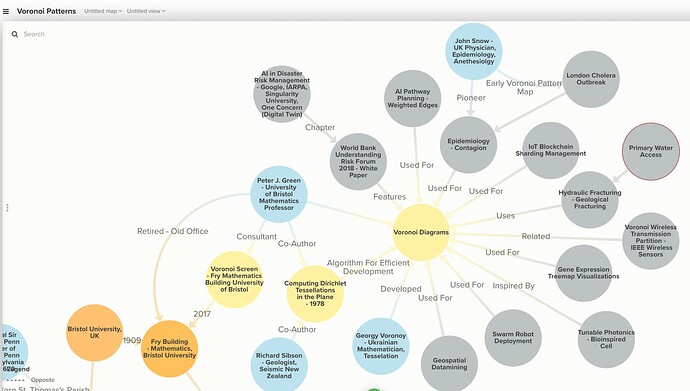 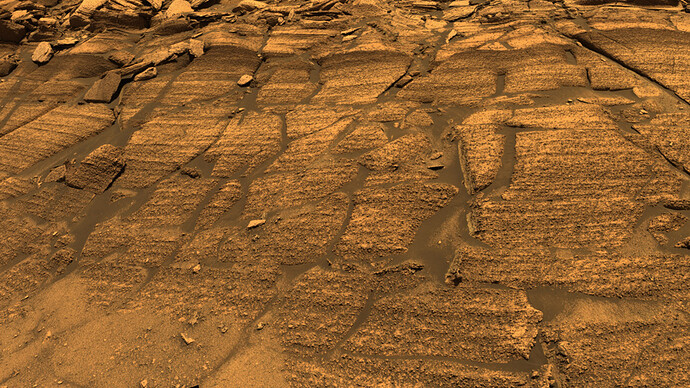 Thermophiles in Time and Space: To Mars--and Beyond? 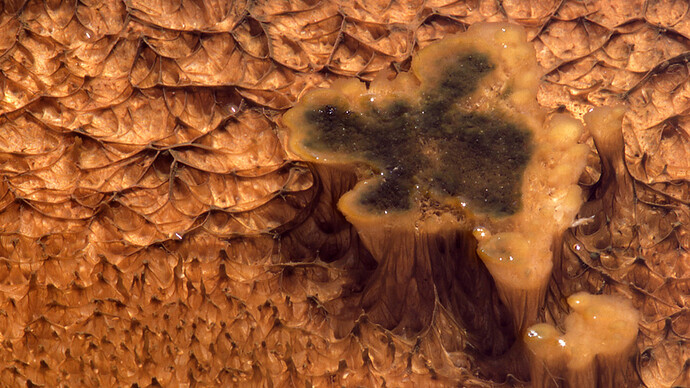 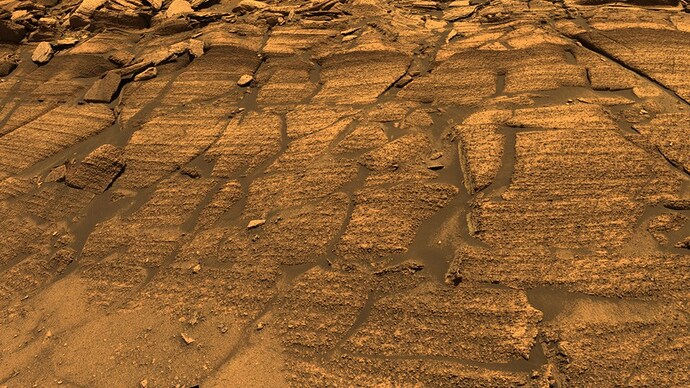 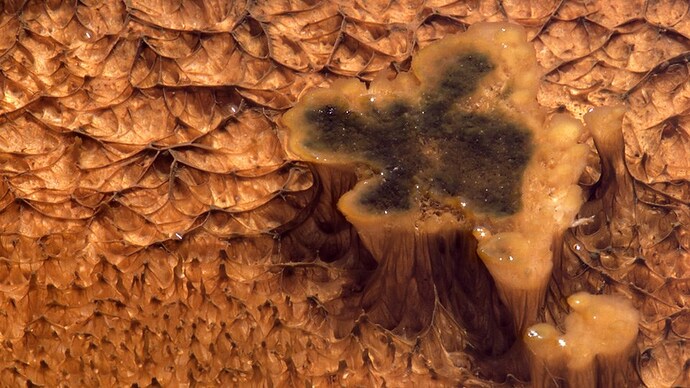 I see the Voronoi pattern. 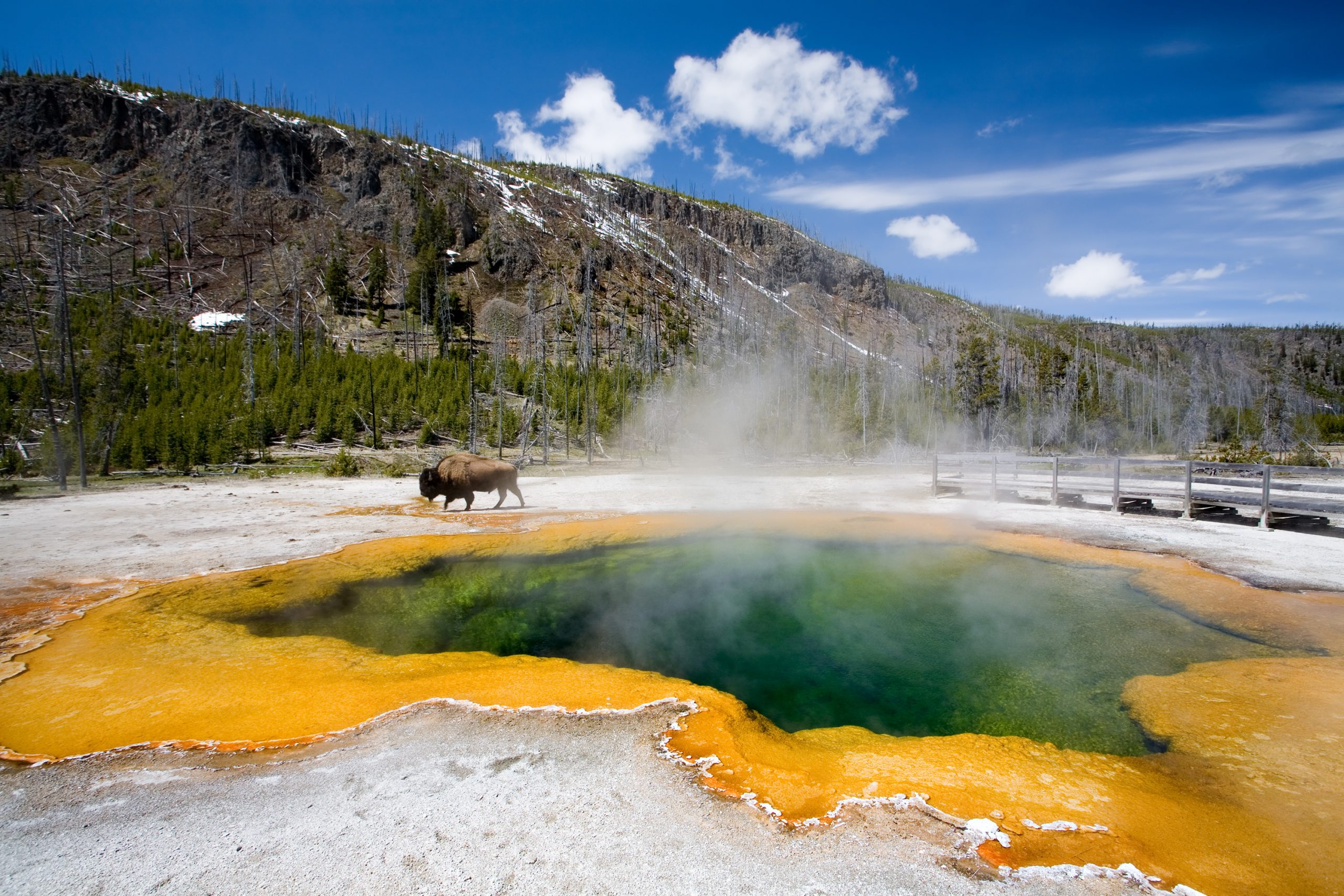 The Thermophilic Microbes of Yellowstone - Blue Marble Space Institute of...

By Angela Murphy It is believed that John Colter, former member of the Lewis and Clark expedition, was one of the first European explorers to set foot in the area we now know as Yellowstone. One can only imagine the surprise Colter or other early...

Can I just restate for the record I thought I was fighting standardized testing - how did we end up at genetic algorithms and geothermal bacteria, lol?

Owned by Burning Man corporation, Fly Geyser is located on the Fly Ranch in Hualapai Flat, about 0.3 miles (0.48 km) from State Route 34[4] and about 25 miles (40 km) north of Gerlach, Nevada. It is due east of Black Rock Desert… Fly Geyser - Wikipedia 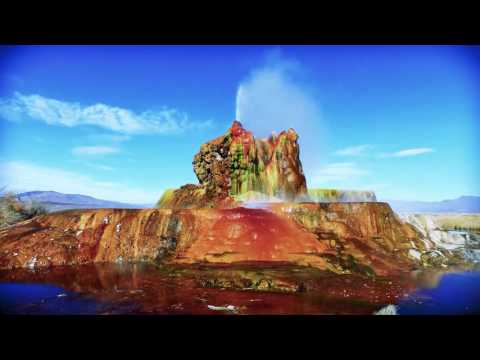 Porous water-bearing rock is called “serpentinitated” after the ‘serpentine’ rock formations in which it was discovered. Serpentinite - Wikipedia

“The abiotic oil theory goes back centuries and includes as its prominent champions Dimitri Mendeleev, best known for inventing the periodic table. It didn’t gain much visibility in America until the late Cornell University astronomer Thomas Gold championed it in the 1980s. He said that oil contains organic compounds not because it is derived from fossils but because giant colonies of deep-earth bacteria feed on deep hydrocarbon pools way down in the mantle…” Endless Oil?

…[Thomas] “Gold believed that “biology is just a branch of thermodynamics” and that the history of life is just "a gradual systematic development toward more efficient ways of degrading energy… In a 1992 paper, “The Deep, Hot Biosphere”,[59] Gold first suggested that microbial life is widespread in the porosity of the crust of the Earth, down to depths of several kilometers, where rising temperatures finally set a limit. The subsurface life obtains its energy not from photosynthesis but from chemical sources in fluids migrating upwards through the crust. The mass of the deep biosphere may be comparable to that of the surface biosphere. Subsurface life may be widespread on other bodies in the solar system and throughout the universe, even on worlds unaccompanied by other stars… Gold also published a book of the same title, The Deep Hot Biosphere,[61] in 1999, which expanded on the arguments in his 1992 paper and included speculations on the origin of life and on horizontal gene transfer. According to Gold, bacteria feeding on the oil accounts for the presence of biological debris in hydrocarbon fuels, obviating the need to resort to a biogenic theory for the origin of the latter. The flows of underground hydrocarbons may also explain oddities in the concentration of other mineral deposits. In short, Gold said about the origin of natural hydrocarbons (petroleum and natural gas): Hydrocarbons are not biology reworked by geology (as the traditional view would hold), but rather geology reworked by biology.” Thomas Gold - Wikipedia

[2009] The packing of protein atoms is an indicator for their stability and functionality, and applied in determining thermostability, in protein design, ligand binding and to identify flexible regions in proteins. Here, we present Voronoia, a database of atomic-scale packing data for protein 3D structures. It is based on an improved Voronoi Cell algorithm using hyperboloid interfaces to construct atomic volumes, and to resolve solvent-accessible and -inaccessible regions of atoms… Voronoia: analyzing packing in protein structures - PubMed

Understanding the structure of disordered assemblies of ring molecules is key for the description of polymer rings and cyclic biomolecules. Here we study the geometrical and topological properties of these systems by imaging disordered assemblies of macroscopic rubber bands through X-ray tomography. Commonly, these systems contain networks of interthreading bands which percolate the whole assembly. But when the bands are much longer than the container, we observe the formation of fully entangled states, where each band is in the neighborhood of the others. Thus, confined semiflexible ring macromolecules are expected to have extremely correlated configurations with very slow glassy-like dynamics.

Unraveling the packing structure of dense assemblies of semiflexible rings is not only fundamental for the dynamical description of polymer rings, but also key to understand biopackaging, such as observed in circular DNA of viruses or genome folding. Here we use X-ray tomography to study the geometrical and topological features of disordered packings of rubber bands in a cylindrical container. Assemblies of short bands assume a liquid-like disordered structure, with short-range orientational order, and reveal only minor influence of the container. In the case of longer bands, the confinement causes folded configurations and the bands interpenetrate and entangle. Most of the systems are found to display a threading network which percolates the system. Surprisingly, for long bands whose diameter is more than twice the diameter of the container, we found that all bands interpenetrate each other, in a complex fully entangled structure.

The name of Schlumberger is infamous for involvement in the JFK assassination, thought to have been suppliers in the small arms trafficking network moving on and offshore in the ‘50s and ‘60s. The heavy packing crates that were taken from Schlumberger’s warehouse ‘bunker’ at the Houma air-base had the same kind of labeling, such as ‘agricultural machinery’, as the crates described being shipped out of NYC by Julius Stulman’s operation for the Palestine Economic Corporation.

Researcher Bill Kelly [2009]: “The Houma, Louisiana bunker raid of the Schlumbuger Wells Company munitions and arms cache, which took place in the late summer of 1961, included participants who later became entwined in the New Orleans aspects of the assassination of President Kennedy. The owner of the Schlumberger company, Jean DeMenil, was also a close associate of those in the Texas White Russian community who assisted the accused assassin Lee Harvey Oswald, when he returned from the Soviet Union with his Russian wife and child.

…”The munitions and arms taken in the raid were originally said to be destined for the Bay of Pigs, or to be used in the OAS revolt of the French Generals against DeGaul [sic]. When they weren’t used in either event, they were taken to the New Orleans offices of Guy Bannister at 544 Camp Street, which was used by Lee Harvey Oswald in his Fair Play for Cuba Committee activities in the summer of 1963, and to the Lake Pontchartrain anti-Castro Cuban training camp owned by William McClaney, which was raided by the FBI in July, 1963…

“According to a CIA memo, the Houma bunker was NOT used to store CIA supplies at all, though they do acknowledge using the Schulmberger Company, whose board of directors today include former CIA head John Deutch and former 9/11 Commissioner Jamie Gorlick… The cases the arms were stored in were said to be labeled either “SCHULMBERGER” or “INTERARMCO,” the company owned by Sam Cummings, the Philadelphia arms merchant who supplied the guns for many a revolution in South and Central America.… According to the CIA’s own documents and its own admissions, one of the firms that co-operated with the CIA in its preparations to wage secret war against Castro’s recently-declared Marxist government was Schlumberger Wells Services Company. In fact, a 1967 CIA memo released in 1992 confirms that its Domestic Contact Service (DCS) “has discreet and continuing contact with the main Schlumberger office in Houston and branch offices in Minneapolis and elsewhere.” The Houma Arms Cache Raid Revisited - JFK Assassination Debate - The Education Forum

With Schlumberger came two important figures: Jean de Menil and his wife, Dominique Schlumberger de Menil. Jean, whose background had been deliberately muddied, was a Tsarist White Russian of some stature, who had fled Russia to avoid Communist reprisals, while Dominique was the daughter of company co-founder Conrad Schlumberger. As a top official of Schlumberger, Jean de Menil’s responsibilities included the company’s Ibero-American operations, while Dominique was a cultural and political warfare operative who founded the Rothko Chapel as a coordinating point for all sorts of unsavory operations, including terrorist networks involved in the assassination of Egyptian President Anwar Sadat.

While the full story of Schlumberger’s intelligence remains the subject for further investigation, some aspects are already known. Jean de Menil, as documented in EIR’s book Dope, Inc., was a member of the Solidarists, a group comprised of Eastern European and White Russian fascists and feudalists. Many of the Solidarists had been officials of ``quisling’’ pro-Hitler governments during World War II. A leading component of the Solidarist movement was a highly professional espionage, sabotage, and assassination network called the Narodnyi Trudovoy Soyuz (NTS). The NTS had been founded by Menshevik circles in Russia in the 1920s, and functioned as one of British Intelligence’s premier spy rings inside Russia. The principal Western financing conduit for the NTS and the Solidarist movement was the Tolstoy Foundation of New York, of which Jean de Menil was a director.

De Menil and Schlumberger were involved in helping to put Castro in power in Cuba, and later in attempts to overthrow him, in operations involving both the CIA and George Bush’s Zapata Offshore oil company. More importantly, Jean de Menil was a key figure in Permindex, the corporate front for the assassins of John F. Kennedy and the numerous attempts on the life of French President Charles de Gaulle. Permindex was closely linked with British Intelligence’s Special Operations Executive of Sir William Stephenson and Col. Louis Mortimer Bloomfield, and with the FBI’s secret Division Five, headed by Bloomfield. Schlumberger’s links with the intelligence community are also indicated by its close relationship to former CIA director George Bush, and the presence on its board today of former CIA director John Deutch. This is not to suggest that Schlumberger is a CIA ``front,‘’ however, but rather that Schlumberger is part of a much older oligarchic intelligence network, with tentacles into national intelligence agencies such as the CIA.