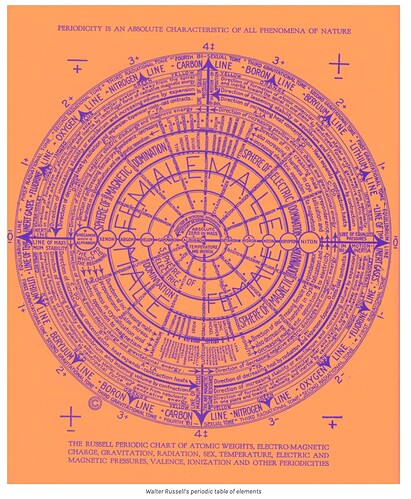 I had never heard of this guy before, but I wonder how he overlaps with Reiser and photonics. I may be visiting his museum in Virginia next week.

“As an architect he established at his own risk the first co-operative ownership for buildings in New York City, which to this day exist on West 67 Street for example. For twelve years he coached and advised IBM employees, sales personnel and managers in the principles of creative thinking and action. A central concern for him was the establishment of a universal principle of a balanced give and take in economics.” 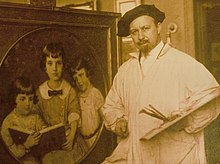 Walter Bowman Russell (May 19, 1871 – May 19, 1963) was an impressionist American painter (of the Boston School), sculptor, autodidact and author. His lectures and writing place him firmly in the New Thought Movement. Russell wrote extensively on science topics, but these writings "were not taken seriously by scientists." Born in Boston on May 19, 1871, to Nova Scotian immigrants, Russell left school at age 9 and went to work, then put himself through the Massachusetts Normal Art School. He inte... 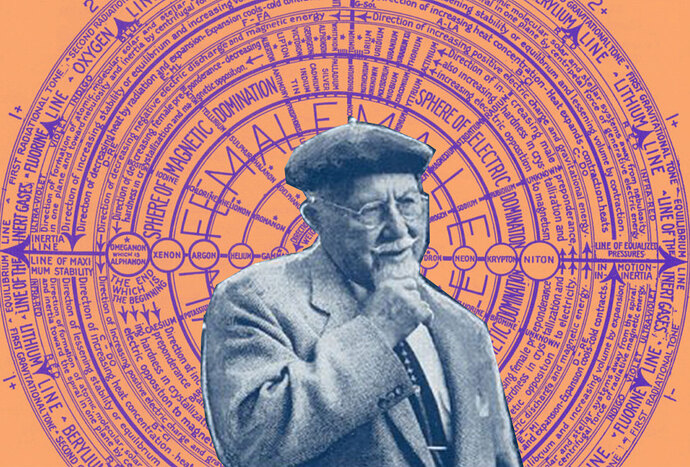 Nikola Tesla told him: “Bury your Findings until Humanity is Ready”

Full disclosure, we never gave the Periodic Table much thought – it remains in our memory as a clunky patchwork of confusing titled squares taped to the back of our school chemistry folder that our teachers would occasionally torture us with for a...