Here’s a video of this creepy exhibit I attended at the Nasher Sculpture Garden in Dallas last week. Ray Nasher was a wealthy Jewish guy in Dallas who owned Northpark Shopping Center. He was close to Stanley Marcus of Neiman-Marcus. https://vimeo.com/manage/videos/754968945

In the Nasher’s ‘Waiting for Robot,’ Celia Eberle expresses her skepticism of AI

In the Nasher’s ‘Waiting for Robot,’ Celia Eberle expresses her skepticism of AI
The Ennis-based artist stages an “end-times dance party” three times an hour.

At the end of Samuel Beckett’s absurdist play Waiting for Godot, the two characters who have been doing exactly what the title implies finally understand they are waiting in vain. One looks at the other and says, “Well, shall we go?” The other replies, “Yes, let’s go.” But they don’t move. End of play.

Artist Celia Eberle expects a somewhat similar interaction will take place between visitors roughly three times an hour every day at her exhibition “Waiting for Robot,” on view at the Nasher Sculpture Center through Oct. 2.

Eberle, a sculptor who lives in Ennis, has spent much of the past three decades making art about the human experience, which she says “hasn’t changed much since we gained sentience.” Her work, which is shown regularly at Cris Worley Fine Arts, typically explores the relationship between humans and nature, particularly the desire to control the world we live in.

In this exhibition, she’s interested in the promise of artificial intelligence, or AI, which she believes — like Godot — won’t ever fully arrive.

“It doesn’t mean the concept of AI isn’t threatening and people will even believe it’s real,” Eberle says. “But I think it’s really about power seeking, which is one of the main characteristics of humans throughout history.” 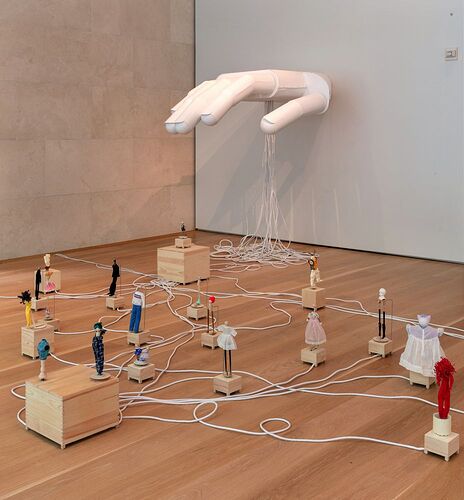 For her “Waiting for Robot” exhibition, artist Celia Eberle created a giant animatronic hand that stretches over a sea of dancing doll-sized creations that move in varied, frenetic ways to ethereal music. The display comes to life every 20 minutes in what Eberle calls “an end-times dance party.” (Kevin Todora)

To build the show’s metaphor, she’s created a giant animatronic hand that stretches over a sea of dancing doll-sized creations that move in varied, frenetic ways to ethereal music. The display comes to life every 20 minutes, which means that depending on what time visitors arrive, they will probably have to wait. And then, several minutes later, it will be over. Eberle offers no introduction and no explanation, simply what she calls “an end-times dance party.”

“The dance party itself was sort of a reaction to the idea that in this potential future, the average person is going to be replaced, so why not do the most human thing?” Eberle says. “It’s like a jazz funeral or a hurricane party.” 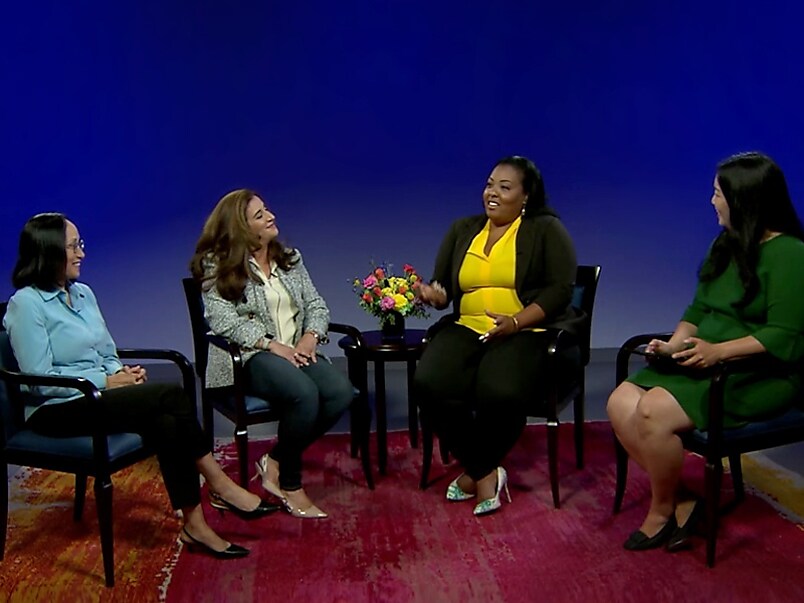 When Eberle first dreamt up this exhibition in 2016, she wanted to have a DJ and live dancers spinning beneath the ominous white fingers that represent AI. But the pandemic forced her to reconsider that, which led to the small machines that move the figures. The dancing bodies range from small porcelain figurines spinning with abandon to headless Barbie doll-sized clothing jolting like someone headbanging at a rock concert. It’s chaotic and a little bit unsettling.

“They are all reacting differently to what’s occurring, which is a metaphor for the population at large,” Eberle says. 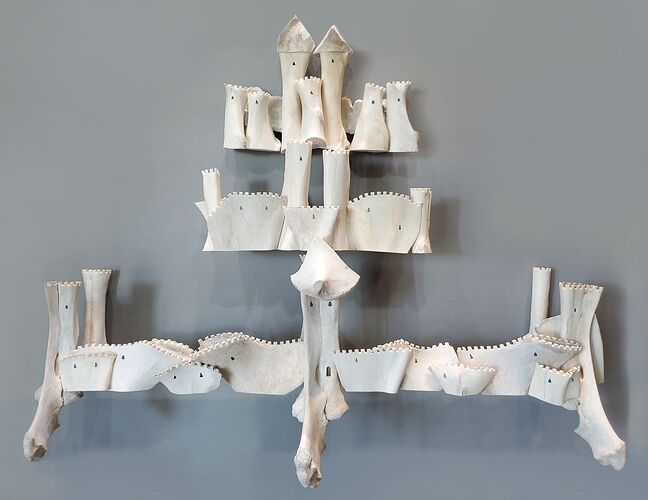 “Promise,” the final piece in the exhibition, is an ethereal castle made entirely of bones — a material common in Celia Eberle’s practice. The artist sources the bones from a neighbor’s cattle farm.(Nasher Sculpture Center)

The final piece in the exhibition is an ethereal castle made entirely of bones — a material common in Eberle’s practice. She gets the bones from a neighbor’s cattle farm and then transforms them into beautiful creations. In this case, the castle has a delicate, otherworldly quality, as it floats above the sea of dancers.

“It’s transcending, it’s ascending — the hope of being above it all,” Eberle says. “But also rising to heaven. It’s no longer waiting.”

Celia Eberle’s “Waiting for Robot” exhibition runs through Oct. 2 at the Nasher Sculpture Center, 2001 Flora St., Dallas. 11 a.m. to 5 p.m. Wednesday through Sunday. Museum admission is $10 for adults, $7 for seniors, $5 for students and teachers, and free for children under 12.

So @ldaven are the figures about the size of barbie dolls?

I was just talking with @cliffgomes1 about energetic contracts that people often unknowingly engage with. The cords connecting them remind me of that. That we become puppets of some outside energy force (the hand). I remembered that when I saw the log for the UN on the Celo refugee tent. 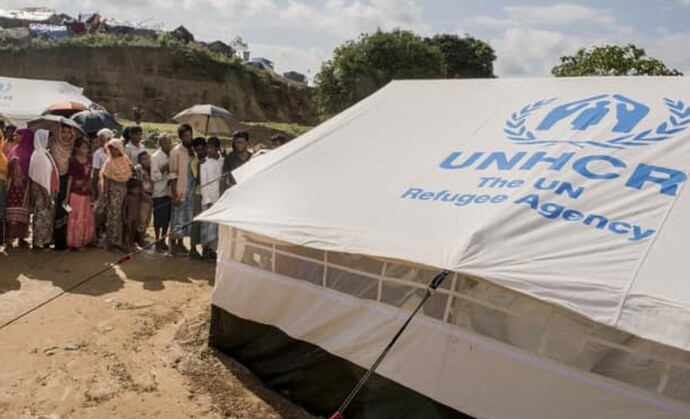