As a complement to the Parametric Insurance series, I’m setting up a learning page on radioactive tracers which has at least a hundred-ten-year history, from the discoveries by Frederick Soddy in the Cavendish lab at Cambridge and the subsequent application of tracers by Georg von Hevesy [c1911-1913] to the current official worldwide distribution and generation of isotope-making tech by the UN’s IAEA.

“The crystal jelly (Aequorea victoria) has been called ‘the most influential bioluminescent marine organism.’ This cnidarian possesses green fluorescent protein (GFP) and a photoprotein (or a protein that gives off light) called aequorin, both of which are used in laboratory, clinical and molecular research. Proteins from this sea jelly are also being studied for use in early detection of cancer.” Facts About the Crystal Jelly

“A guidebook created by the International Atomic Energy Agency states that nearly all industries benefit from some application of radioactive tracers.” Under the heading ‘Machine Wear,’ for example, is this: “In a factory or other industrial setting, it important to be able to measure the rate of wear on machinery. If the machinery is lubricated, one way to measure the rate of wear is to make the machine component radioactive and measure the amount of radioactivity in the lubricating oil. This type of measurement has helped research aimed at creating better lubricating oils. If the machinery is not lubricated, the wear can be measured by the amount one radioactive component deposits onto another non-radioactive component.” Radioactive Tracer Use

IAEA: ”The International Atomic Energy Agency (IAEA) is an international organization consisting of 168 countries, seen in Fig. 1 at right, that is charged with promoting nuclear technology for peaceful purposes and preventing its use as a weapon. It administers the Technical Cooperation Program (TCP)…

The IAEA [TCP] will provide direct assistance towards developing nuclear infrastructure and establishing the resources, facilities, and expertise necessary to carry out the nuclear fuel cycle in member states. [2] The hope is that heavy IAEA involvement in a civilian nuclear energy program will not only help it develop more quickly and safely, but also make it less likely that the program veers off into weapons production. [2]

…Another significant area of focus, that today receives 25% of the TCP’s total funds, is on nuclear medicine. [3] The IAEA will provide training and technology to allow for the development of nuclear medicine programs, particularly for cancer treatment, in member states… The IAEA also assists in industrial, environmental, and agricultural applications of nuclear technology. This includes facilities for wastewater treatment, disinfection of food or medical products, and mutation induction breeding for agriculture. They also assist in monitoring of groundwater, pollution, and marine resources through nuclear isotope monitoring and nuclear tracers… As an example of a cooperation program: in 1999, the IAEA TCP assisted in a study of water balance in Lake Titicaca on the Peru-Bolivia border…

The Technical Cooperation Program is specifically chartered to peacefully exchange and develop civilian nuclear technology. Indeed, the article of the IAEA charter that it germinated from specifically requires the IAEA to ensure that countries do not use technology or expertise that is transferred to further a nuclear weapons program.

Nonetheless, the program has received scrutiny. The TCP has undertaken over 150 projects in Pakistan since 1973, and during this time Pakistan developed its domestic nuclear weapons program. [2] Per researchers from UCSD, one former IAEA safeguards inspector claimed that the uranium used in the Pakistani nuclear weapons program all came from a TCP- backed processing plant. [2] The TCP also has assisted with programs in North Korea, including uranium prospecting projects.

A statistical analysis conducted by UCSD and Temple University researchers found that states that participate in TCP projects related to the nuclear fuel cycle are more likely to pursue nuclear weapons programs. [2] The researchers note that this could be because TCP projects help reduce the barrier to entry for such programs, or because states that desire nuclear weapons are likely to request TCP assistance for ostensibly civilian projects as a way to gain technology and expertise. The IAEA Technical Cooperation Programme

—I was drawn into tracer history mostly by learning about particle accelerators as a research development in European hospital laboratories of the late 1920s, so early medical ‘peaceful use’ of tracers bears enormous responsibility in nuclear proliferation. A second line of isotope creation took off with the high-voltage ‘lightning’ surge generators of the same era, opening doors for future methods of creating quantum entanglement, a line that, at the time, led to weather control experiments [e.g. Irving Langmuir of General Electric] and radiological warfare, which was advocated among Manhattan Project (MED) scientists as alternative weaponry prior to the dropping of atomic bombs. After WWII, physicist Ernest O. Lawrence of UCBerkeley planned an ambitious program of producing isotopes (which fueled his cyclotron invention from the beginning c1928) with the express purpose of conducting radiological warfare as a more humane deployment of nuclear weapons. [ref. p184 ‘Brotherhood of the Bomb’ by Gregg Herken]

Since the beginning of chronic atmospheric fallout, which started around 1948, the widespread penetration of radio-isotopes are a boon to some specialty industries besides the manufactories like artwork and old wine authentication which registers cesium content as a proof of counterfeits. @AMcD 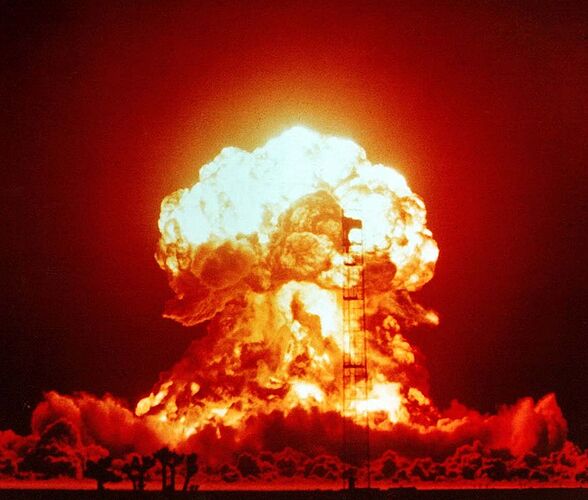 Cesium 137 and Counterfeit Wine: Getting Nuclear on Your Bottles

Besides clumsy labels and curious corks, how can you tell if an old wine is a fake? Thank the Atomic bomb for helping to spot counterfeit wine. 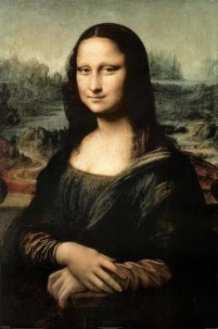 By Chad Upton | Editor Art forgers have become experts at creating the types of paints and canvases used during popular and valuable art periods, to the point that art experts may not be able to di…

Strange Atomic Ecologies seem to extend to nations like Libya @gino which I observed was attacked by the US shortly before Chernobyl (April 26, 1986), resulting in the death of Qaddaffi’s infant daughter, and years later shortly after Fukushima (March 11, 2011), resulting in Qaddafi’s death, and preempting the continuing stories in mainstream news. Libya’s major resources of OIL and WATER, pervasively tracked with isotopes, suggests a curious coincidence beyond the normal geopolitics of conflict. Before WWII, somewhere in the desert near the Libyan border with Algeria, the first atomic bomb project was organized in 1939 under the auspices of the French and Belgians. [ref. ‘Men and Decisions’ by Lewis L. Strauss]. The colonial French used the area for nuke tests in the postwar. Considering the potential “primary” nature of Libya’s oil and water strengthens the suggestion, imo.
* 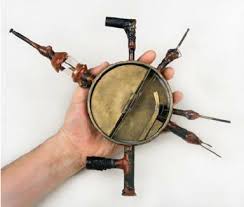 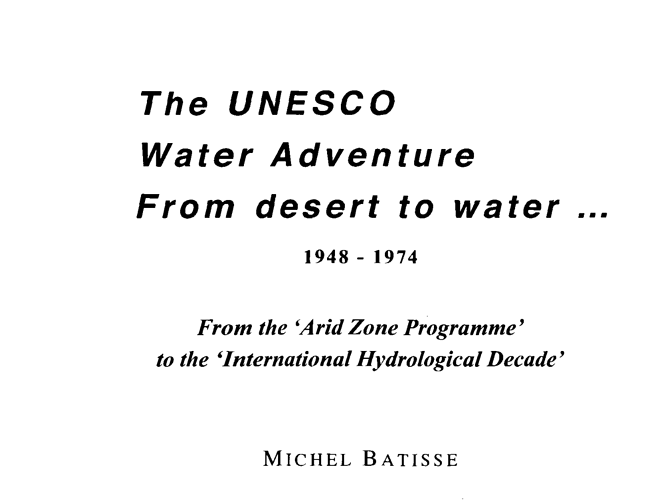 Whoah - this is bringing up a lot of thoughts…first about Frank Malina’s odd work trajectory after Caltech. He worked in both the Amazon basin AND the Arid Zone Program across the middle east. The primary water tie in makes sense - THEN he ended up doing electronic art in Paris (where Rockefeller set up the stochastic math institute) on satellite work for “peace.”

UNESCO also had a hydrology program in the 1960s-70s that involved isotope tracing. 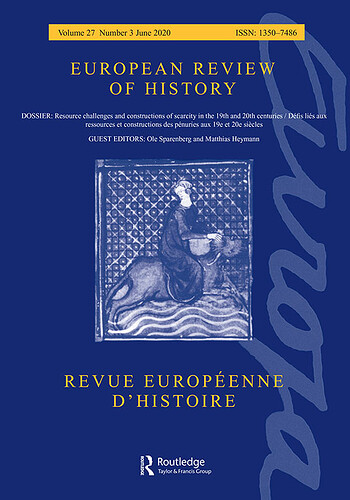 Climate as resource and challenge: international cooperation in the UNESCO...

And remember that Frank’s son and Roger’s brother Alan was a water engineer in Africa and later involved in the ed-tech space.

Not sure if you remember this bizarre recorded family conversation. More and more it feels like an encoded artifact for us to decipher. 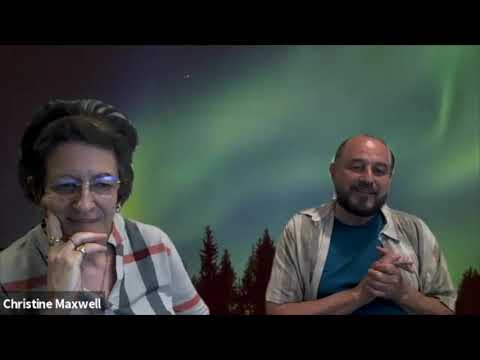