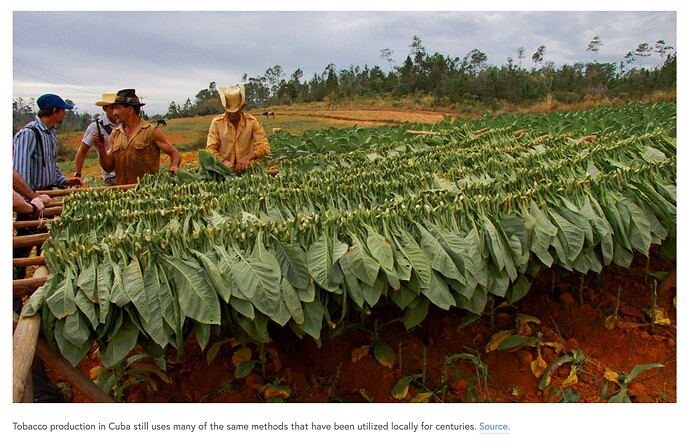 @jenlake knows a lot more about tobacco mosaic virus than I do, but I get the feeling that what is unfolding is targeting sacred plants of the Americas for bioengineering ends - both corn and tobacco. I thought this blog post about Taino culture in Cuba and early varieties of tobacco was very interesting. The Life, Death, and Rebirth of Cuba’s Most Historic Tobacco

Tobacco seeds were saved and carried by Ice Age people 12,000 years ago, according to this article:

…. “the most interesting part of the discovery is that there is no direct evidence that people used tobacco past 3,000 years ago, but this research proved its use more than 12,000 years ago.” 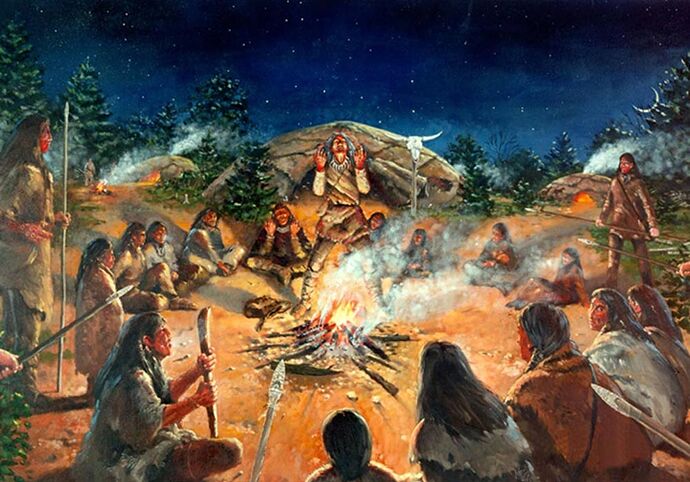 Excavations at an Ice Age hunter-gatherer camp in Utah’s Great Salt Lake Desert have revealed the oldest known evidence of tobacco use found so far.The discovery took place at the Wishbone site and wa

—Tobacco Mosaic Virus (TMV) is the first ever virus claimed to be ‘isolated’ --or rather the filtered liquid from mashed whole tobacco leaves from plants imported and grown in the Ukraine. A famous UCBerkeley scientist, Wendall Stanley (who won his 1946 Nobel Prize alongside Hermann J. Muller) was the first to crystallize TMV c1936 by leaving the liquid in the open air overnight at the lab, thus generating the solid crystaline viruses we think of today being shown by electron micrographs first taken in the 1950s. I think of TMV as the biochemical equivalent of carbon nanotubes, put to similar uses in microelectronics and synthetic biotech.

Also Wendell Stanley did his undergrad at Earlham College, a small Quaker school in Indiana. The only other time I’ve heard of it was when I discovered they held Julius Stulman’s papers. @Stephers 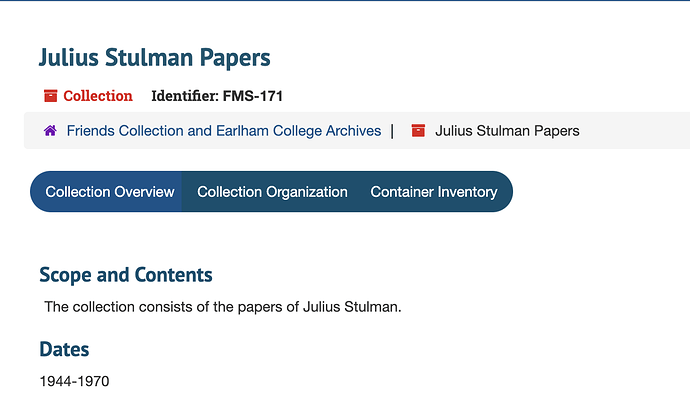 In 1951 Stulman gave a lecture at Earlham “A Pattern for Life.”

Why would a prominent Zionist / Chabad supporter who was involved with many high-level NYC institutions leave his papers to a tiny Quaker school? I can’t figure it out beyond my Quaker fixation. 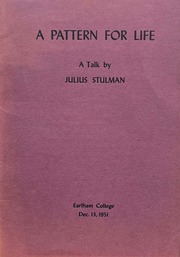 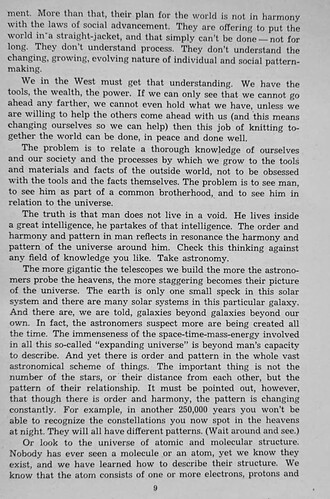 If so, this is in line with your human+ collective intelligence investigations re swarming, stigmergy, automata.

In the context of swarm intelligence, this notion of “pattern” seeking (and consensus) is termed “Explanatory Coherence” - based on the work of Paul Thagard (which he partially attributed to philosopher Gilbert Harman of Princeton) and his ECHO program (ECHO = Explanatory Coherence Harmony Optimization). 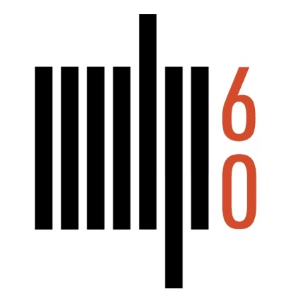 Coherence in Thought and Action

This book is an essay on how people make sense of each other and the world they live in. Making sense is the activity of fitting something puzzling into a co... 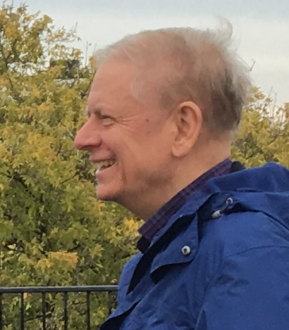 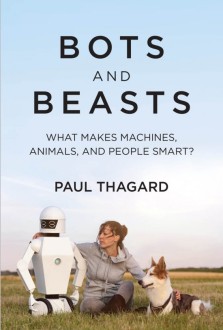 Wow - ok, this is super helpful. I am looking at this paper on ECHO and belief revisions. When people say things like - your brain works differently, etc. I’m wondering if there are some of us who have the capacity for whatever reason to hold a lot more bits of information in limbo until we can aggregate more data to make sense of a pattern (if there is one) before rejecting it? That perhaps the majority of people either can’t or aren’t inclined to do that, so they just dump out information they find is contradicting the story they’re living in? @Stephers
https://citeseerx.ist.psu.edu/viewdoc/download?doi=10.1.1.35.3525&rep=rep1&type=pdf 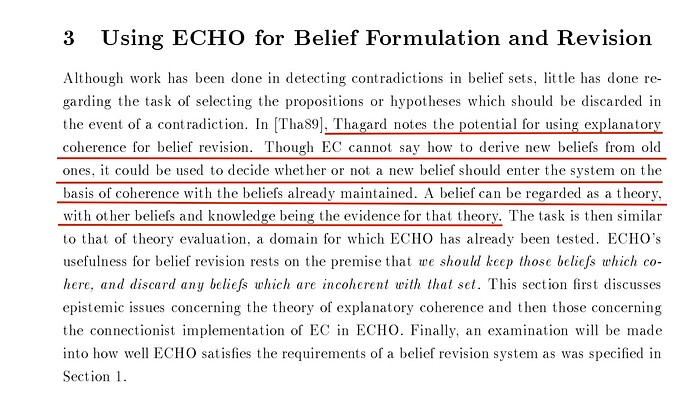 Electroactive nanofibers were fabricated by in situ polymerization of aniline on the surface of tobacco mosaic virus (TMV) using sodium poly(styrenesulfonate) (PSS) as dopant. These electroactive TMV/PANi/PSS nanofibers were employed to support growth of neuronal cells… The TMV-based electroactive nanofibers could be aligned in capillaries that could guide the outgrowth direction of neurites, increase the percentage of cells with neurites, and lead to a bipolar cellular morphology. Our results demonstrate that the electroactivity and topographical cues provided by TMV/PANi/PSS nanofibers… make it a promising scaffolding material for neural tissue engineering. Aligned Electroactive TMV Nanofibers as Enabling Scaffold for Neural Tissue Engineering - PubMed

Just looked up Earlham College (est.1847, Richmond Indiana) with a ”strong focus on Quaker values such as integrity, a commitment to peace and social justice” Earlham College - Wikipedia

I also just learned from this link that Nobel Laureate Harold Urey was a graduate, certified as a teacher:

“Harold Clayton Urey was born on April 29, 1893, in Walkerton, Indiana, the son of Samuel Clayton Urey,[3][4] a school teacher and a minister in the Church of the Brethren… Urey had been raised in a religious sect that opposed war. One of his professors suggested that he support the wartime effort by working as a chemist. Urey took a job with the Barrett Chemical Company in Philadelphia, making TNT, rather than joining the army as a soldier… After the war [WWI], he returned to the University of Montana as an instructor in chemistry…[and] in 1921 Urey enrolled in a PhD program at the University of California, Berkeley, where he studied thermodynamics under Gilbert N. Lewis… After he received his PhD in 1923, Urey was awarded a fellowship by the American-Scandinavian Foundation to study at the Niels Bohr Institute in Copenhagen, where he met Werner Heisenberg, Hans Kramers, Wolfgang Pauli, Georg von Hevesy, and John Slater. At the conclusion of his stay, he traveled to Germany, where he met Albert Einstein and James Franck… On returning to the United States, Urey received an offer…to be a research associate at Johns Hopkins University…[where] Urey and Arthur Ruark wrote Atoms, Quanta and Molecules (1930), one of the first English texts on quantum mechanics and its applications to atomic and molecular systems… [Urey’s] pioneering work on isotopes earned him the Nobel Prize in Chemistry in 1934 for the discovery of deuterium. He played a significant role in the development of the atom bomb, as well as contributing to theories on the development of organic life from non-living matter.” Harold Urey - Wikipedia

The bit below stood out to me given was it Loeb’s interest in artificial parthenogensis. Also bio-geochemistry overall. 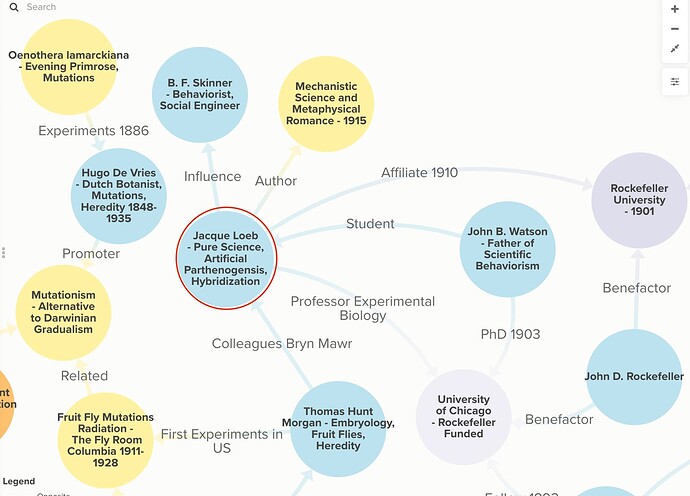 In later life, Urey helped develop the field of cosmochemistry and is credited with coining the term. His work on oxygen-18 led him to develop theories about the abundance of the chemical elements on earth, and of their abundance and evolution in the stars. Urey summarized his work in The Planets: Their Origin and Development (1952). Urey speculated that the early terrestrial atmosphere was composed of ammonia, methane, and hydrogen. One of his Chicago graduate students, Stanley L. Miller, showed in the Miller–Urey experiment that, if such a mixture be exposed to electric sparks and to water, it can interact to produce amino acids, commonly considered the building blocks of life.[51]"