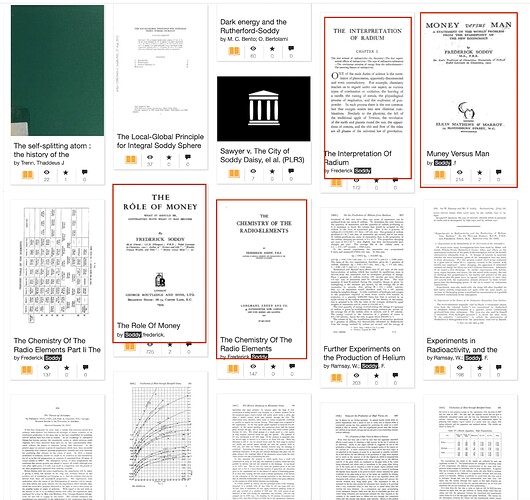 Given what we know about radio-eugenics / alternative currencies / technocracy it seems like this guy may be a piece of the puzzle: Frederick Soddy radio-chemist who wrote quite a few books on alternative economics, including what seems to be a precedent for nature-backed currencies.
Internet Archive Search: creator:"Frederick Soddy" @jenlake @leo @Jason_Bosch

"In my view Frederick Soddy was right when it comes to the mismatch between the financial economy and the real economy, but the pessimism we often find in ecological economics does not necessarily follow from his teachings. Here the US economist Erasmus Peshine Smith (1814–1882) has an explanation as to why there are certain areas where we do not have to be that pessimistic.

Peshine Smith placed Man’s harnessing of Nature’s energy as the main moving force of the economy.[v] To Peshine Smith, Nature’s resources, especially her energy resources, have an infinite potential, in contrast to Malthusianism, Soddy, and part of ecological economics. In a sense Peshine Smith kept alive the spirit of the Renaissance and of Man’s undeveloped potentials.

Peshine Smith sought to develop economics into a quantitative engineering science: ‘to construct a skeleton of political economy upon the basis of purely physical laws.’[vi] He believed all economic laws to have their counterparts in those of the natural sciences, and proceeded to characterize the reproduction of wealth as a vast energy-transfer system within Nature’s overall equilibrium, the basic question being the extent to which Man would proceed to exploit Nature’s latent wealth." 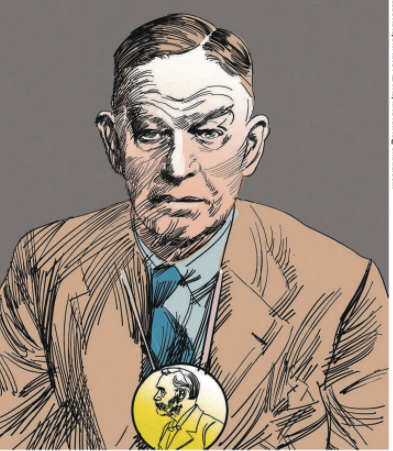 Frederick Soddy FRS (2 September 1877 – 22 September 1956) was an English radiochemist who explained, with Ernest Rutherford, that radioactivity is due to the transmutation of elements, now known to involve nuclear reactions. He also proved the existence of isotopes of certain radioactive elements. In 1921 he received the Nobel Prize in Chemistry "for his contributions to our knowledge of the chemistry of radioactive substances, and his investigations into the origin and nature of is Soddy wa...

Wow, what crossover. I’ve downloaded Soddy’s books on money and will explore.