Slogging my way through this conference. Ugh.

This guy is a professor at Santa Clara University, Jesuit and Gavin Newsom’s alma mater. The school provided technical support for the Santa Clara County pay for success pilots.

I pulled a clip - so this is how they do it. They talk about the sacrificial issue that will get them to their ultimate goal. They will talk about regular people losing life savings in crypto - all according to plan. THEN they will advance crypto regulation but NOT discuss web 3 blockchain ID or social finance.

When you listen to this guy replace individuals losing retirement savings in crypto ponzi schemes with Blackrock and mega automated portfolios of securitized human/natural capital. THEN the need for socially responsible clarity around the quality of the investment takes on a new and much darker form. @leo @Jason_Bosch 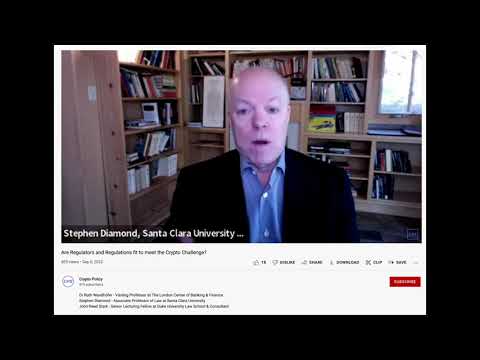 The speaker’s CV is all about global labor rights, Latin America, applied ethics, and he even wrote a chapter on non-profit stock markets.

Thanks. Irresponsible investing and high energy consumption appear to be their big pitch.

They will pitch more regulation without questioning whether or not the tokenization of life on earth is ethical to begin with. It’s so frustrating.

I’m going to keep posting small clips so you can see what a fraud most of these people are. They want to keep everyone focused on Bitcoin and crypto so they won’t get what is coming with digital ID mixed reality and tokenized behavioral derivative products. It’s really pissing me off in a HUGE way. I’m listen to hours of this to pull a series of short clips that will make my case. Most of these are 1-4 minutes long. 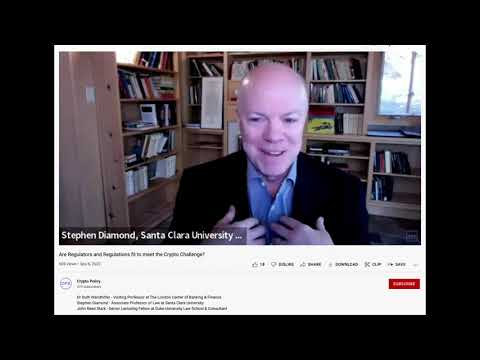 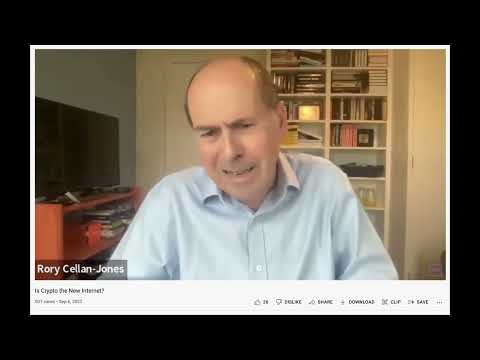 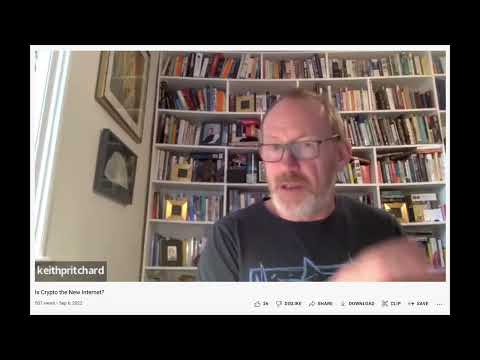 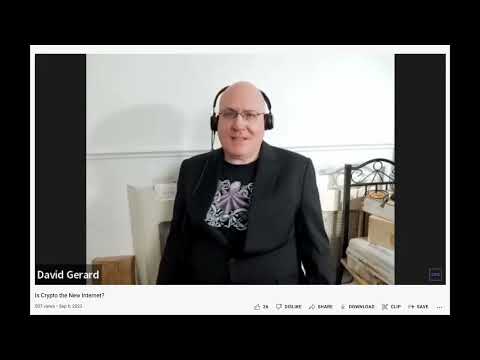 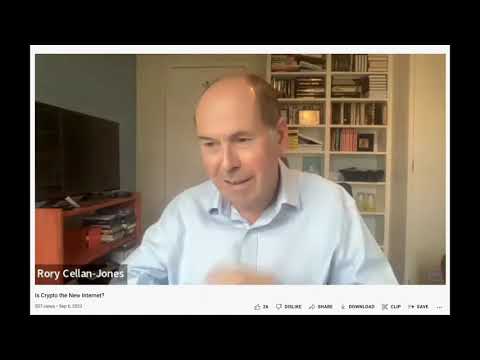 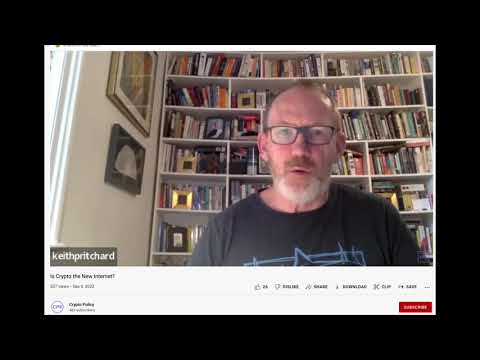 Unfortunately none of these panelists understand that the end game is securitized human behavior data tracked on biometric blockchain ID to inform commodities future bets linked to social impact finance (and to get impact data for machine learning). It’s so grotesque that they are misdirecting people in this way.

This makes me so upset i literally want to throw up. You all see this don’t you?

This was one of the keynotes - a UK Labour MP for the Cooperative Party, pushing Covid UBI, Malthusian population control, studied information computing theory, is a social entrepreneur in sustainable finance with ties to Extinction Rebellion. Plus he incorporated an image of a black swan TWICE at the beginning of his talk. 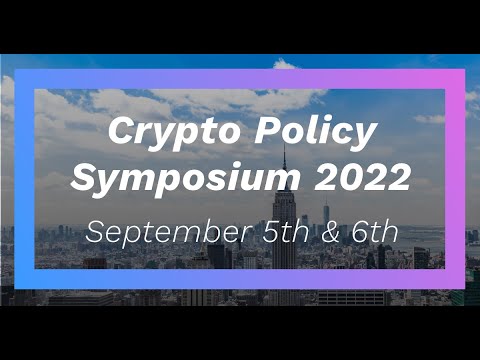 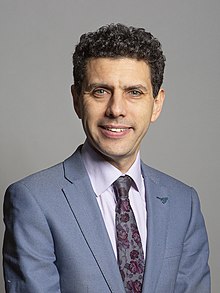 Alexander David Sobel (born 26 April 1975) is a British Labour and Co-operative politician who has been the Member of Parliament (MP) for Leeds North West since the 2017 general election. He defeated the Liberal Democrat MP Greg Mulholland who had held the seat since 2005. Sobel was born Alexander David Sobel in Leeds on 26 April 1975. His parents, Leopold and Ruth Sobel, migrated from Israel in 1971. His family moved south when he was young and Sobel grew up close to Beaconsfield, attending ...

How am I not surprised Sobel was pushing that crypto was for Libertarian Ayn Rand crowd even as the progressives were touting Covid UBI, which will also be blockchain in the spatial web. So gross. This article was March 20, 2020, so less than two weeks after the first lockdowns were called. Already saying the economy has totally changed. What a jerk. 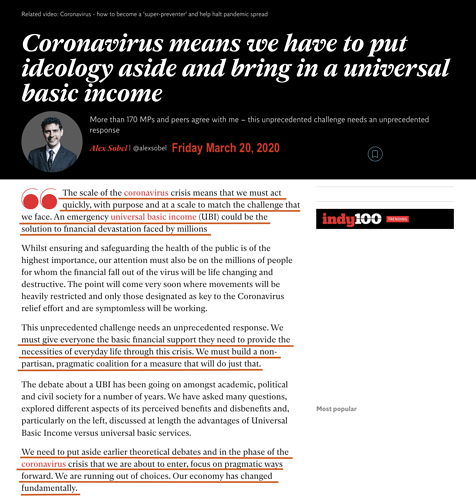 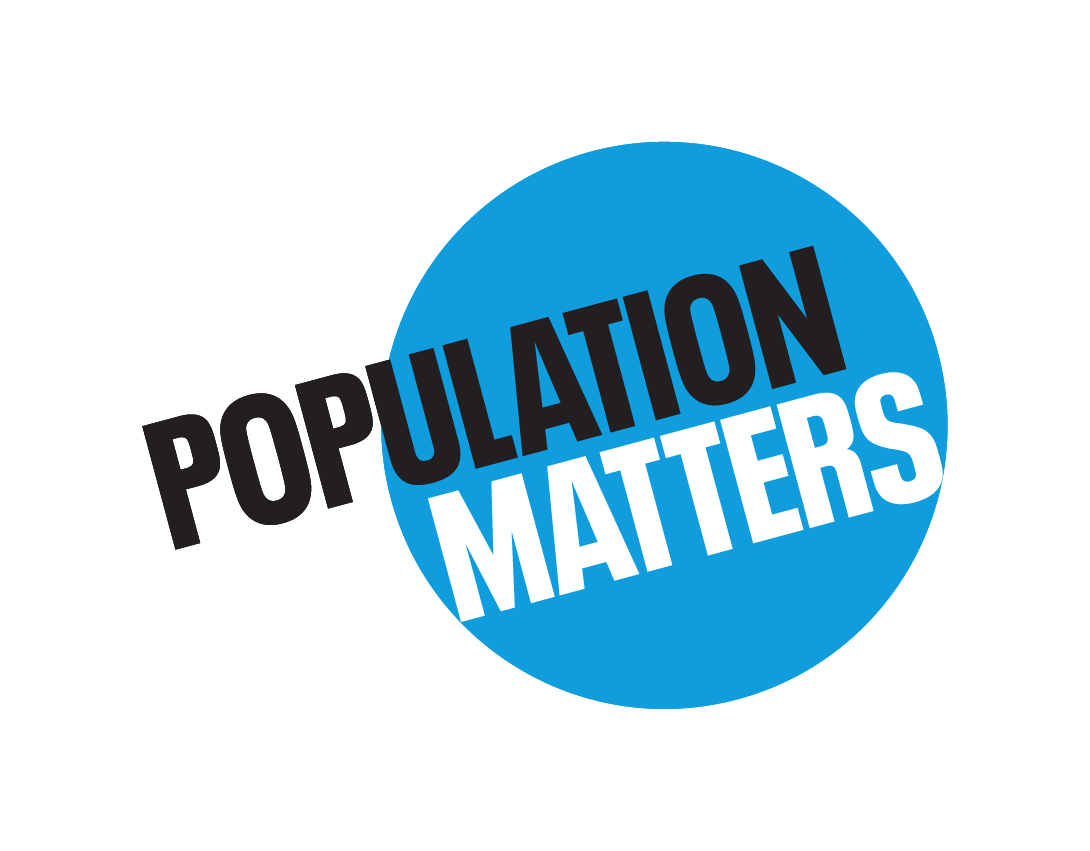 On 29th January, Population Matters met Alex Sobel MP. In response to Twitter criticism of Mr Sobel for meeting us, he issued this statement. We are pleased that he made no judgment on the accusations made against us and specifically stated that it... 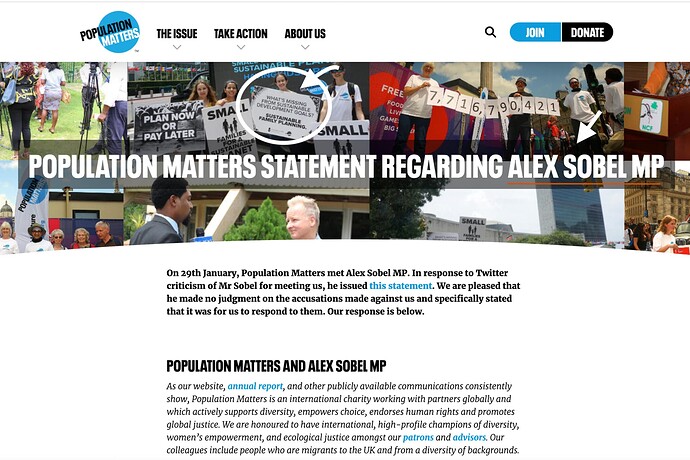 So the guy Jason Louv who is interviewing Stephen Diehl back in 2017 on smart contract law is an author of occult books and practitioner of Enochian magic. @Stephers @jenlake @leo

Someone just commented on this video that the Mattereum interviewer Jason Louv wrote occult books - and yes he does. Very strange, but maybe not. 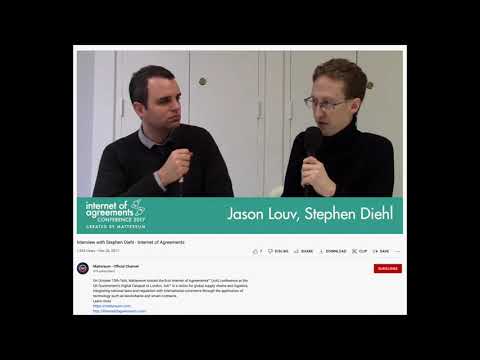 Jason Louv is the bestselling author of eight books. 'One of humanity's best mutant scouts on the frontiers of human experience.' - R. U. Sirius 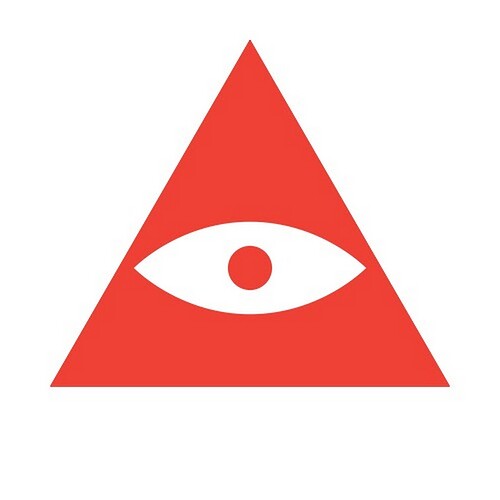 Videos, podcasts and lectures from author Jason Louv in his many roles, including the Ultraculture podcast and educational material from Magick.Me...!

I am familiar with Jason Louv, having purchased this book in 2018 (I read it from cover to cover.)

Amazon.com: John Dee and the Empire of Angels: Enochian Magick and the Occult...

Amazon.com: John Dee and the Empire of Angels: Enochian Magick and the Occult Roots of the Modern World: 9781620555897: Louv, Jason: Books

Funny, at that time, I do not recall him being involved with AI and smart contract initiatives, but I now see his bio had already incorporated his work with Buzz Aldrin and Google AI . . .

This information certainly shifts things for me! I should not be surprised anymore! Given that Louv is an occult enthusiast and has deep Austin, TX/data science connections, I am bumping him up to the top of my person-of-interest list. This is super sketch and creepy. He gives me the ick. 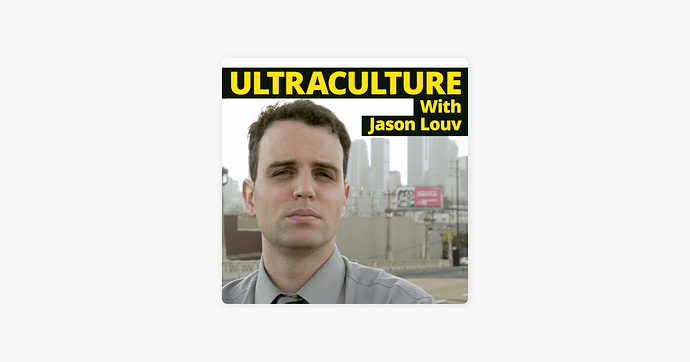 So, it turns out Louv is a Crowleyite. For some reason, in 2018, I got the sense that Louv was not promoting Enochian magic, but, rather, exposing it.

@AMcD Guess where I first found out about Louv . . . I purchased his book right after listening to this THC episode:

Austin, huh. How odd that he was in London for the Mattereum conference. 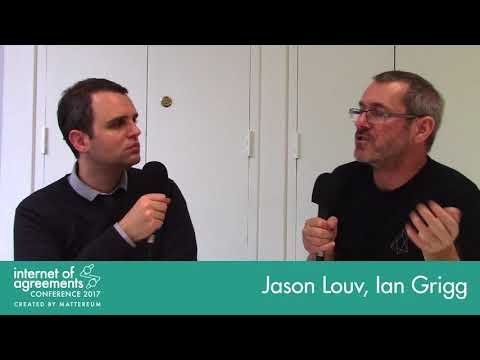 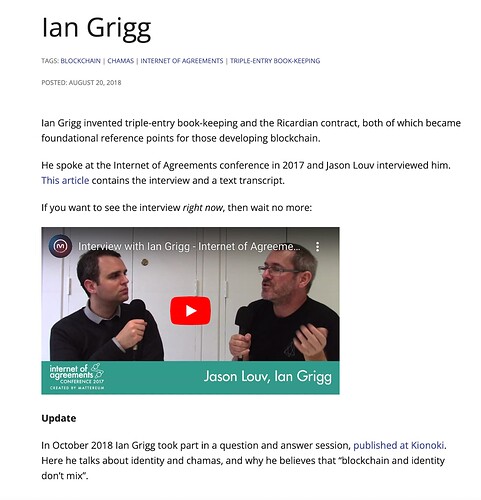 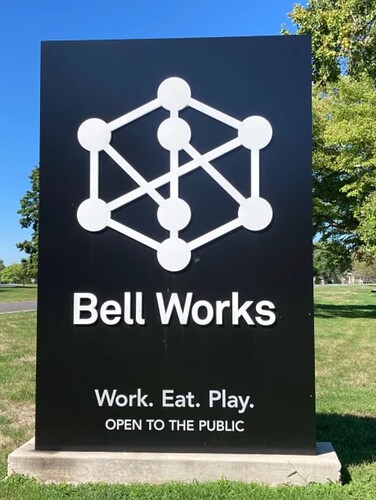 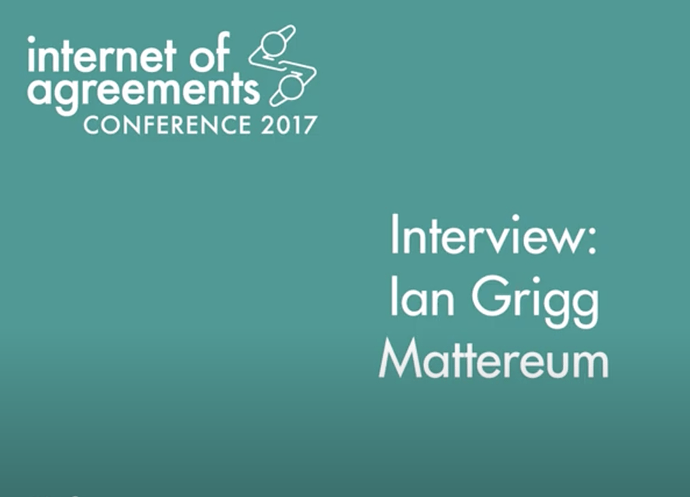 The logos above invoke the Kabbalah . . . 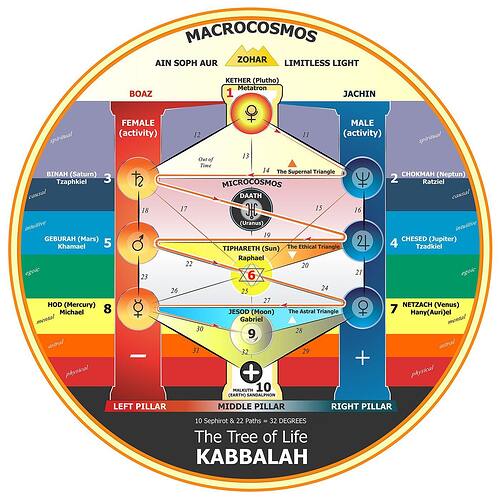 Also, given the name, Mattereum (think creating Matter), it also follows that they would be full-fledged Kabbalists:

Matter and Form in the Wisdom of Kabbalah | Yehuda Leib HaLevi Ashlag (Baal...

The world Academy of Kabbalah

What Are the Sefirot? | My Jewish Learning

According to the kabbalists, the attributes of God relate to each other in a scripted way.

The world Academy of Kabbalah

If we move outside from within in our analysis, we find that the essence, abstract form, form, and matter are dressed on one another. This is how we perceive any object in our world.

For instance, here is my cup, which has the form of a vessel (Hebrew: Kli). The matter of which it is made is clay. When I speak of it without any reference to its shape or material it is made of, I refer to its abstract form as a Kli. In general, what is a glass or a cup? I speak about something abstract, unconnected with a particular, concrete object. Then the essence follows, a category, something that constitutes the notion of a cup, a Kli for me.

Rabin was a full-fledged member of the Haganah: 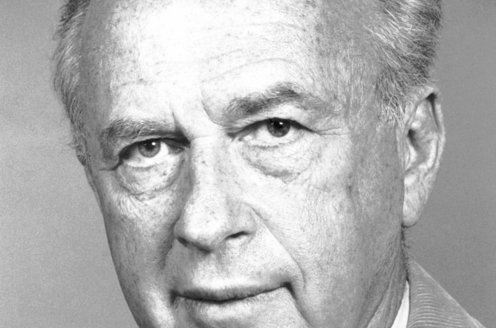 The Nobel Peace Prize 1994 was awarded jointly to Yasser Arafat, Shimon Peres and Yitzhak Rabin "for their efforts to create peace in the Middle East"

His military career began in 1940 when he joined the “Palmach”, the elite unit of the Haganah.

Haganah (Hebrew: הַהֲגָנָה, lit. The Defence) was the main Zionist paramilitary organization of the Jewish population ("Yishuv") in Mandatory Palestine between 1920 and its disestablishment in 1948, when it became the core of the Israel Defense Forces (IDF). Formed out of previous existing militias, its original purpose was to defend Jewish settlements from Arab attacks, such as the riots of 1920, 1921, 1929 and during the 1936–1939 Arab revolt in Palestine. It was under the control of the Jew... 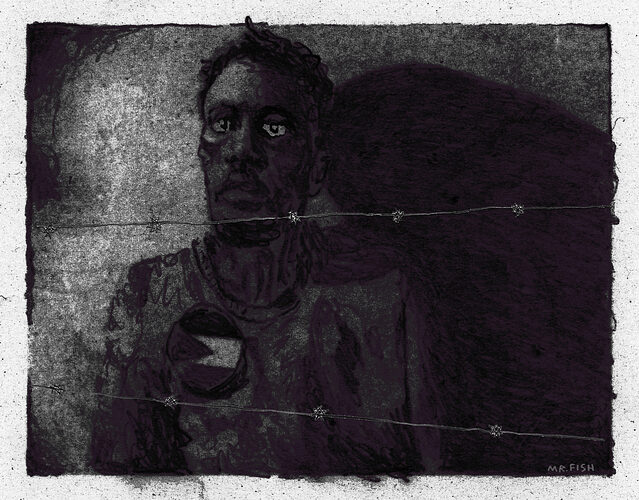 The Zionist Colonization of Palestine

For more than a century Zionists and, later, Israelis have pursued a project to seize and ethnically cleanse Palestinian land.