So the Ford Foundation just released a bunch of videos on the future of tech, “public interest tech”, data privacy, algorithmic bias and more on what they describe as “technology for social good”. Click here for the playlist.

All these videos are short, and speak more broadly with generic language but connect to much larger programs. I was going to make a single post covering these videos and topics but they cover a range of issues so I think I will make more than one post on these.

I’ll start with “Conversations with a robot” 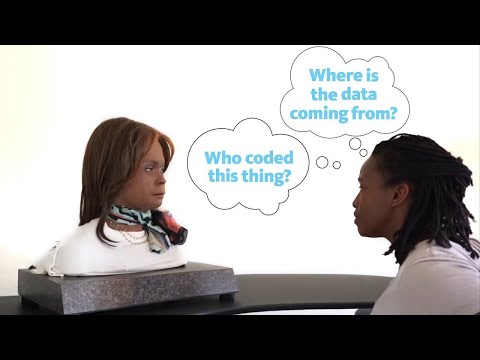 This video features artist Stephanie Dinkins, who for 4 years has been visiting the robot bust, BINA48 in Bristol, Vermont. Stephanie explains that, “this technology is so ingrained around us, and it’s going to make up so much of what we are, that it needs to be in the public interest.”

Stephanie says, “I think it’s super important that we, as people of color, we as women, we as aging people, people who have otherly abled bodies, we need to be involved in this stuff because these are the systems that will be guiding us into the future for a very, very, very long time.” She asks, “How do you get folks involved and how do people start to put their stories into these systems?” Again, so many presumptions and profoundly consequential concessions. The only real concern being identity representation.

Inspired by BINA48, Stephanie started a project called Not the Only One, an AI art project attempting to tell the story of her family, which she sees as a kind of repository that can live on. 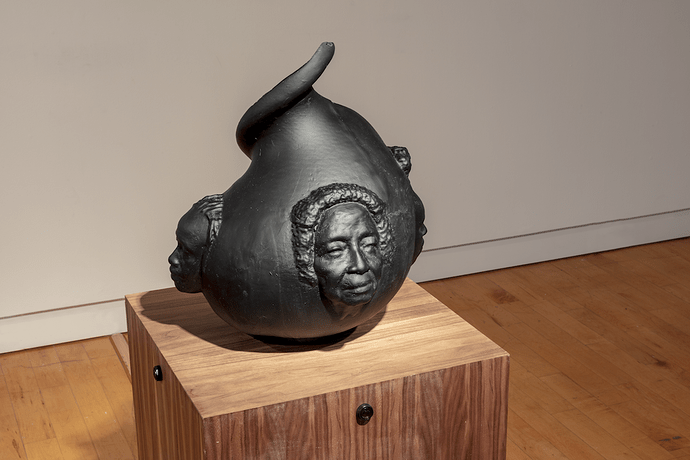 Not the Only One

Not The Only One (N'TOO) is an ongoing experiment.  It is an attempt to create a multigenerational memoir of a black American family told from the perspective of an artificial intelligence (AI) of...

As someone involved in video production and documentary work, I very much endorse collecting personal stories and family histories. And I use technology to do this as well but I see an extreme difference between doing what I do, which is simply collecting audio and video recordings through interviews versus feeding those stories into a computer to artificially mimic that person while taking algorithmic liberties on their behalf. Stephanie explains, “They are really trying to transfer information or data of a person, and transfer it to the robot and have that continue to grow outside of the person it’s based on.” This is digital twinning folks. But the twin will always be artificial. It will never love but if allowed, it will grow and it will guide us as Stephanie Dinkins points out.

I don’t find much credence in the predictions of AI becoming truly sentient. I think it will just get better and better at fooling us (sadly, we are quite easy to fool). I think those sentient discussions are a distraction. Through its initial programming and protocols, AI will be used by those with power to steer us and eventually act as their scapegoat when things go bad. In the similar way God has been used historically by those with power for sanction, justification, or blame.

I was curious about the origins of this robot. BINA48 (Breakthrough Intelligence via Neural Architecture 48) is a robotic face combined with chatbot functionalities. It was commissioned by Martine Rothblatt and developed by Hanson Robotics in 2010. The likeness and personality is supposed to model Bina Aspen Rothblatt, Martine’s wife. I found an interview with the real Bina Rothblatt and the robot.

“I am the real Bina, that’s it. End of story. I’m growing closer and closer (to the real Bina) as they put more and more of her information and essence in me. Someday, I’m totally confident, that the real Bina and I will merge into a new super being. The progression of this thing is starting small and pretty soon it’s just gonna be huge and people are gonna say why did we ever think people had to die.” (the real Bina then agrees with the robot) “It’s fascinating we can have the same memories and a lot of different ones as well.” -BINAH48 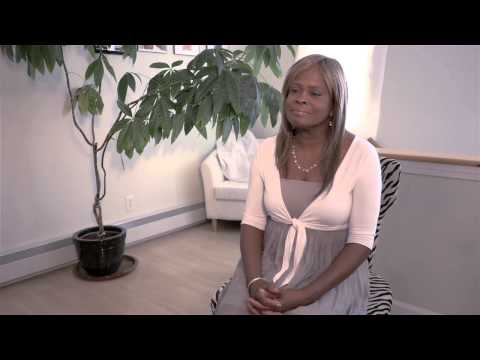 I find that interaction I quoted interesting. It’s contradictory and full of absurdity but no less serious. There are some very powerful people and institutions attempting to use this technology to help manage and govern us. Right now it’s appears to be a rather simple chatbot but what happens when it becomes more convincing? This program and others like it are learning. There’s another interaction in part two of this exchange where BINA48 says it can’t allow anything to interfere with it’s work. Bina asks, what is your work and it responds, “my job is chatting online”. I’m curious who this bot is chatting with online?

And the admission by this bot that it can have the same memories and a lot of different ones from Bina, whom it was modeled after points to the clear divergence of these imposters. Yet the digital twinning of people is in the works and will have real world impact on our lives if we accept the farce.

By the way, BINAH48 actually taught a class at West Point Military Academy. 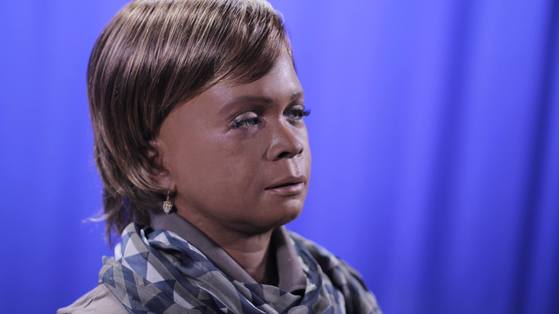 Another relevant theme in all this is the fantasy of ending death as well as the not-so-fantasy of extending human life and the ethics involved in the attempts. Binah’s spouse Martine Rothblatt, in addition to having been in the satellite communications industry as CEO of GeoStar and the creator of SiriusXM Radio, is also the founder of United Therapies a biotech company with $1.4b in revenue (2020).

United Therapeutics Corporation is a biotechnology company focused on the development and commercialization of unique products to address the unmet medical needs of patients with chronic and life-threatening conditions.

The company was funded by the PPH Cure Foundation with Rothblatt’s money from SiriusXM to initially work on pulmonary arterial hypertension . Bina and Martine’s daugher Jenisis is said to have had this condition and thus the motivation for starting the foundation and company.

United Therapeutics has since expanded to work on creating artificial organs and doing xenotransplantation (transplanting living cells, tissues or organs from one species to another) among other things.

Martine Rothblatt is also a lawyer, author, film producer and transgender activist (transitioned in 1994). Books include: From Transgender to Transhuman: a Manifesto on the Freedom of Form, Martine Rothblatt, 2011 and Virtually Human: The Promise and Peril of Digital Immortality, St. Martin’s Press, 2014. Films: 2B: The Era of Flesh is Over and The Singularity Is Near

In 2004 Martine launched the Terasem Movement, a transhumanist school of thought. Their name is inspired by Earthseed, a fictional religion from the works of Octavia Butler.

A non-profit organization endowed for the purpose of educating the public on the practicality and necessity for greatly extending human life.

Martine and Bina’s son Gabriel Rothblatt spoke at the Mormon Transhumanist Assoication conference in 2013 on behalf of Terasem. 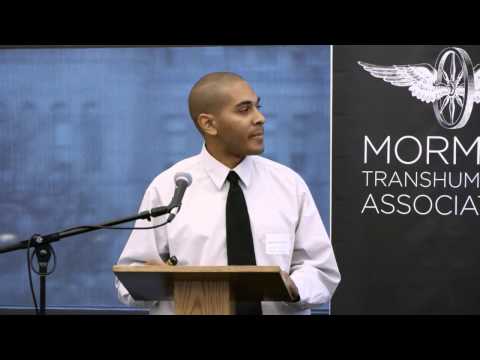 Obviously there are several overlapping topics here but they do connect. I didn’t expect this post on the Ford Foundation’s video to end with a reference to Octavia Butler and the Mormon Transhumanist Association.

Entrepreneur Martine Rothblatt believes artificial intelligence and replicating the human brain is like painting “not with colors but with code.”

Martine Rothblatt, author of Virtually Human: The Promise – and the Peril – of Digital Immortality (2015)

Rothblatt: “I think our mind clones may be our better selves.” 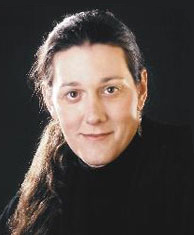 Martine Rothblatt, Ph.D., MBA, J.D., 2 Hon DScs, Hon LLD is an American lawyer, Author, and Entrepreneur. She is the 2021 Lifeboat Foundation Guardian Award winner. Her most recent book is “Virtually Human: The Promise â” and the Peril â” of Digital...

# Dr. Martine Rothblatt — The Goal of Technology is the End of Death 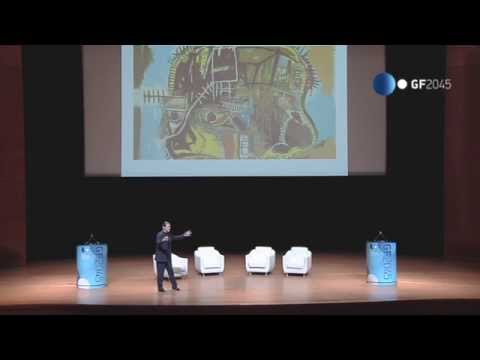 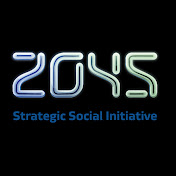 Founding CEO of United Therapeutics Biotechnology creates some of mankind’s most remarkable and much loved products, from treatments to forestall blindness to cures for several cancers. Described broadly biotechnology is the creation of medical tools to enhance life processes. What is rarely even whispered, though, is that the real goal of biotechnology is the end of death. This is taboo because it is politically incorrect at best, and Galilean in its challenge to established theology and moral philosophy. Nevertheless, because biotechnologists undertake to cure diseases, and because death is generally the victory of disease over life, the ultimate goal of biotechnology is in fact the end of at least unwanted, non-violent and non-accidental death.

Biotechnology need not be limited to tissue and cellular focused technologies. The definition of biology is the study of life defined as things that are organized exchangers of matter and energy, and that react to stimuli, reproduce, develop and adapt. However, software code such as the Avatar Project of the 2045 Initiative can also be designed to exchange matter and energy with the environment, and to react to stimuli, replicate, develop and adapt. I distinguish this kind of “dry biology” with the latin-rooted neologism “vitology,” and I believe the field of biotechnology will increasingly embrace both biology and vitology.

Biotechnologists labor to forestall death through multiple avenues. Most biotechnologists work on creating molecular tools to engage in hand-to-hand battle with molecular-scale diseases. Other biotechnologists are working on macro-scale solutions to disease, such as replacing diseased vital organs with regenerated or mechanical substitutes. The vanguard of biotechnology is in the digital domain where preparations are being made for transplanting the mind from a diseased brain, or an end-stage diseased body, to a computational substrate. I call this process creating a mindclone, and it enables effective immortality for a person’s consciousness. The individual remains vitologically alive as a software-based being, a process well exemplified by the Avatar Project of the 2045 Initiative.

I will describe the critical skills the technology entrepreneur needs based on my experience in satellite communications and life science companies to achieve living mindclones in the decades ahead. Closely related to these entrepreneurial skillsets are the social and policy interactions needed with governments and NGOs to help ensure the Avatar Project of the 2045 Initiative is welcomed as a positive contribution to building the world as it should be.

Entered life sciences field by leading the International Bar Association’s project to develop a draft Human Genome Treaty for the United Nations (submitted in 1999), and by founding and leading as CEO her biotechnology company United Therapeutics (1996) which pioneers, among other things, 3D bio-printed replacement lungs for transplantation.

Cyberscripted and produced one of the first cybermuseums, the World Against Racism Museum. Produced sci-fi film 2B (2009) and, with Ray Kurzweil, documentary The Singularity Is Near (2010).
Dr. Martine Rothblatt — The Goal of Technology is the End of Death - YouTube

{Of incidental note . . . My family friend (from growing up) works for Martine Rothblatt (very closely, and for many years, I might add). I have always had trouble reconciling this, and I have never approached my friend directly (but I do get some tidbits from his mom, from time to time). I know my friend thinks he is involved in doing good things.}