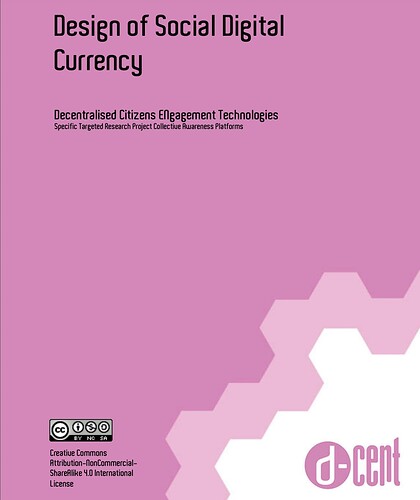 “Why are renowned economists and bankers such as Bernard Lietaer (one of the original designers of the Euro), and Alan Greenspan (Chairman of the Federal Reserve since 1992) fans of complementary money systems? What does the future hold for our children in a world where the full power and ability to create a functional banking system, using secure digital currencies, is available on a recycled computer using free open source software? What sort of new future will we create with these tools?”

The Ayn Rand libertarians are being set up as a foil for tokenized commoning. All will feed AI for machine learning and cybernetic discipline.

I discuss Francesca Bria in my series on data-mining refugees as holon-based experimental communities here: 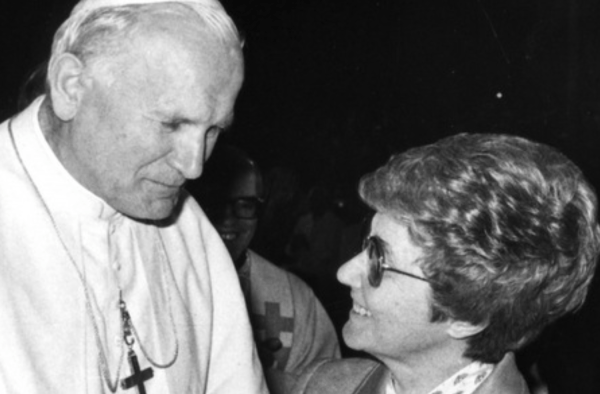 "The following is taken from “Building Digital Cities From The Ground Up Based Around Data Sovereignty and Participatory Democracy: The Case of Barcelona,” prepared by Francesca Bria in 2019 when she was Chief Technology Officer of the city having come from London where digital identity and social innovation were her areas of expertise:

“They can run smart, data-intensive, algorithmic public transportation, housing, health and education – all based on a logic of solidarity, social cooperation, and collective rights.”

“Barcelona’s digital city efforts have centred on opening up governance through participatory processes and greater transparency. At the core of Barcelona’s model is a large scale participatory experiment powered by a digital participatory platform, Decidim (“We Decide”, in Catalan), which enables citizens to shape government policies by suggesting ideas, debating them, and voting on them. Decidim taps into the collective intelligence of citizens to create policies that better respond to their needs.”

“We focused on aligning the technology with the city’s core policy objectives selected through a large-scale participatory democracy process. In the case of Barcelona, affordable housing, healthcare for all, sustainable mobility, energy transition, increased public space and the fight against climate change are the top priorities.”

“Now the renewable energy operator is experimenting with distributed energy grid technology and with applications that allow citizens to own their energy consumption data.”

“The use of an open sensors city infrastructure called Sentilo and big data analytics makes it possible to define and predict better public mobility policies, and measure the urban impact of evidence-based policymaking.”

“Now, for instance, the municipality has a large contract with Vodafone by which every month the company is obliged to give back machine-readable data to the city hall, while also making sure they encrypt the data to preserve citizens’ privacy.”

“Alternative models of service provision are being fostered via the creation of special funds for platform cooperatives and digital social innovation, supported by an EU initiative that has channelled €60m in the last few years towards experimenting with next-generation digital platforms that work for the public interest.”

“Barcelona leads a network of rebel cities, “Fearless Cities”, that is adopting tools and experiments in open democracy and data protection. The first conference was hosted in the city last year, bringing together more than 180 cities from 40 countries and five continents.”

“Barcelona is the coordinator of the DECODE project, the biggest EU effort to establish a framework for data sovereignty, aiming to develop open source, decentralised, privacy-enhancing and rights-preserving technologies for citizens to decide what kind of data they want to keep private, what data they want to share, with whom, and on what terms. This proposes a new social pact — a New Deal on data that we hope will soon become a reality in many cities across the world.”

In addition to the city of Barcelona, DECODE’s partners include: Arduino – advanced cyber-physical infrastructure based in New York; ThoughtWorks – Chicago-headquartered Agile software consulting acquired by Ronald Cohen’s Apax Partners in 2017; NESTA – UK Social Innovation Lab; Thingful – search engine for IoT connected devices in a geography based in London; University College London Information Security and Research Group – end-to-end cryptography for societal uses; the Economic Center of the Sorbonne (CNRS); Dribia – geolocation data analytics in Barcelona; Eurecat! – industrial technology R&D center with bio-tech in Catalonia; Open University of Catalonia – Human Computer Interaction and Digital Commoning; Nexa Center for Internet and Society in Turin, Italy; Amsterdam – the other pilot city; Dyne.org – open-source software foundry in the Netherlands; Privacy and Identity Lab at Radboud University in Nijmegen, NL; and Waag FutureLab – promoting a Planet B proposal for decentralized tech in Amsterdam. The framework DECODE lays out is aligned with assertions of data dignity and plural property being promoted by RadicalXChange, developers of Soulbound Tokens.

Bria has since left Barcelona to head the Italian National Innovation Fund and consult with UN Habitat on smart cities. They mean for us to become “sovereign” citizens of the planetary computer. They’re giving us two options: 1) allow tech giants to control our data or 2) agree to become data commodities inhabiting a world of total surveillance. Both models are grounded in digital empire and conquest of natural systems. There are other options that would not require us to submit ourselves to the AI gods, and we need to be advocating for them now. With all the talk of social credit scoring, we should remember that vulnerable populations, including children, are on the front lines of the social impact data commodities game.

With a deft sleight of hand, platform cooperative refugees could wind up contingent remote labor even as they’re publicly lauded as empowered token-holders with a stake in the brutal fiction that is the twenty-first century data economy. That’s what the “impact economy” looks like. Don’t get caught up in their manipulative interactive digital storytelling. Unfortunately, most of us are pretty easy to fool. We don’t want to face the horror that we may ALL end up living in a cross between Black Mirror’s “Nosedive” episode and Ira Levin’s “Stepford Wives.”