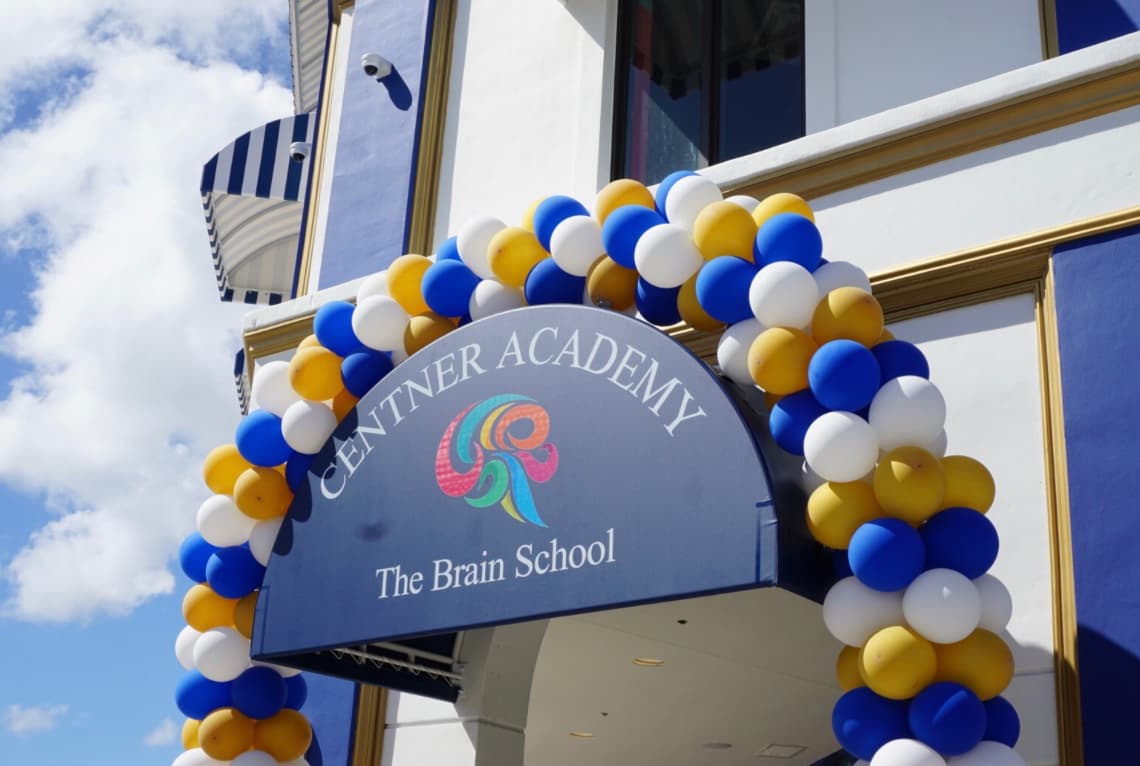 So, I haven’t gotten around to formally publishing this yet. It’s part of the Foundation for Integrated Education research I’ve done, but not yet finished. It complements and updates the blog post about Galton and Duckworth and also includes a bit about the Templeton Foundation. @Jason_Bosch

Lego got its start as a modest wooden toy factory in Billund, Denmark in 1932. By 1955 their patented “automatic binding bricks” were being sold outside Denmark, and Godtfred Kirk Christiansen, son of Ole who’d founded the company, felt a business imperative to better organize the Danish toy market. He introduced the Lego (from Leg Godt, play well) “System of Play” that year along with the “Town Plan” baseplate upon which children could place the buildings they constructed and acclimate themselves to post WWII car culture. Godtfred’s “System of Play” was further developed after a 1960 factory fire. At that point Lego abandoned all wooden toy production to focus on plastic bricks.

The following year Lego started putting instructions in their kits and began distributing products in the United States. For decades the headquarters of Lego North America was in Enfield, CT north of Hartford, but they relocated to Boston’s Back Bay in 2019 to be closer to their university partners at Tufts and MIT. In my opinion, the first step taken in instructing children what to build began an inexorable slide towards structured play – the kind of play we now see measured by rubrics funded by global interests Bechtel to govern the inner lives of children and shape their character to fit the expectations of an increasingly inhumane age.

David Gauntlett, former professor of digital media studies at Westminster University in London and manager of the Creative Lab at X University’s Creative School in Toronto, expanded his consulting work with Lego Serious Play into the Lego Learning Lab. The effort, which ran from 2008 to 2013, was later merged into the Lego Foundation. Gauntlett prepared numerous white papers for Lego, mostly on the value of play. His first effort was “Defining Systemic Creativity: Explaining The Nature of Creativity and How the Lego System of Play Relates to It.” Seymour Papert’s influence is embedded in the paper with references to Piaget and Constructionism.

The paper also references Martin Seligman, an expert in the field of positive psychology who became known for his work around learned helplessness as well as “authentic happiness.” Seligman’s work at the University of Pennsylvania has been underwritten large grants from the Department of Defense, and he drew sharp criticism when the public learned the tenets of learned helplessness has been part of the torture regimen at Guantanamo. One of Seligman’s other efforts is the World Well-Being Project, a decade-long study of sentiment analysis that uses big data and machine learning to make physical and behavioral health predictions about individuals and communities. Much of the neuro-science work in the positive psychology program is supported by Templeton Religious Trust and the John Templeton Foundation, whose giving areas include genetics, genius, character development, free markets, family planning and the big questions of science including theoretical physics. Seligman helped to create the “character framework” for the behaviorist, no-excuses charter chain KIPP (Knowledge Is Power) where students must earn the right to have a desk.

Tal Ben Shahar, a close associate of Seligman’s who taught at Harvard for many years, also showed up in Gauntlett’s paper. Gauntlett and Lego appear to be very interested in how play supports well-being. Shahar is an advisor at Centner Academy in Miami, the first “happiness school" (also Brain School) in the United States. Leila and David Center, a Wharton MBA, decided to open the private school in 2019 when they couldn’t find the right fit for their daughters. Tal Ben Shahar spoke at the ribbon-cutting, noting Seligman’s influence in his presentation. Centner Academy promotes mindfulness training, and the “science of happiness,” which Ben Shahar believes is measurable and can be linked with positive outcomes like increased productivity, pro-social behavior, and better health. What is not mentioned in his talk is that social-emotional learning and happiness, have been set up as cost offsets for social impact finance deals by Clive Belfield at Columbia University, Richard Layard at London School of Economics, and Jim Heckman at the University of Chicago. Wharton, David Centner’s alma mater, helped built out the social impact finance space after Judith Rodin left UPenn to run the Rockefeller Foundation and set up the Global Impact Investment Network. Many alumni of the business school maintain close ties to venture capital firms in educational technology as well as benefit corporations, a cornerstone for a future of public-private social impact partnerships, which were envisioned by the Rockefeller-backed B-Lab in Berwyn, PA outside Philadelphia on the Main Line.

Carol “growth mindset” Dweck, Stanford psychology professor, is referenced as is the importance of focus (executive function) and flow in “self-directed” learning. The report describes open-ended play in environments as optimal spaces for problems to be re-iterated as the unconscious is accessed through manipulatives. In a 2008 college lecture, Gauntlett emphasized that learning by manipulating physical items is especially important due to the activations in the nerves of one’s fingers and how those signals manifest in the brain. He has clearly positioned Lego Group’s “system of play” to be seen as valuable scaffold for STEAM education, (Science, Technology Engineering, Art, and Math). It uses manipulatives that are standardized, available worldwide, accessible to all ages, and have the potential to be used social interactions.

Gauntlett’s pitch for systematized play, however, must be considered within a broader context of learning around the world being restructured as a primarily digital process. In 2009 Gauntlett put out a second paper about systemic creativity, but in the DIGITAL realms. The paper outlined a belief that there were six differences between children “growing up digital” and previous generations: sharism (information sharing and remixing); shifting identities; border crossing (moving between worlds); literacies beyond print; gamer culture; and hacker culture.

I want to loop back for a moment to the premise that working with manipulatives has the potential to open a person’s unconscious and trigger imaginative ideas by achieving a state of flow. For the past fifteen years or so, considerable resources have been directed into executive function research, led by Harvard’s Center on the Developing Child. Lego is a major funder of the program. They share the $3-$9million cumulative giving level with impact investment outfits like Chan Zuckerberg and JB and MK Pritzker Family Foundation. The top funders ($10 million+) include the Buffett (Warren) Early Childhood Fund and the JPB Foundation. The latter was formed from the estate of Jeffrey Picower, a Madoff associate, by his wife Barbara with a focus on poverty and medical research.

JPB Foundation was a major contributor to the first social impact capital aggregation fund, the Edna McConnell Clark Foundation’s True North Fund, as well as to Blue Meridian Partners, an even larger venture led by Stanley Druckenmiller (he and George Soros shorted the British pound together in 1992) targeting early childhood investing. In 2002, the Picowers donated $50 million to MIT. The Picower Center for Memory and Learning was built with their gift, which also endowed four professorships and a fellowship program. The neuroscience program launched eight years prior with seed funding from the Sherman Fairchild Foundation. Fairchild was the largest stockholder in IBM until his death in 1971. His father, George, served as board chair of IBM. He made fortunes in avionics, aerial and space photography, and semiconductors. Walter Burke, a lawyer trained at Columbia University, was a financial advisor to Fairchild and later became a benefactor of the Jet Propulsion Lab and theoretical physical research at Caltech where he was a member of the board of trustees. The Walter Burke Center for Theoretical Physics at Caltech is named after him.

RIKEN, founded in 1917 as Japan’s equivalent of the Rockefeller and Carnegie Foundations, hosts hundreds of international scientists doing cutting edge research on technologies underpinning the fourth industrial revolution and cyborg avatar “life.” RIKEN partnered with the Center for Memory and Learning, creating the RIKEN-MIT Neuroscience Center in 1998. In 2008, the program was expanded and renamed the RIKEN-MIT Laboratory for Neural Circuit Genetics run by Susumu Tonegawa, a Nobel laureate in molecular biology, originally from Japan, became an expert in cognitive engineering, opto-genetics, and encoded memory later in his career.

Two weeks ago, Hakwan Lau, team leader at the RIKEN Center for Brain Consciousness in Saitama Japan, presented at Eth-Denver 2022, the largest gathering of blockchain developers to date, to pitch Harmony’s entry into the blockchain Universal Basic Income space. We should be thinking why a Rhodes Scholar whose twenty-year career has focused on the mind, fear, and perceptions of reality would also be a salesman for UBI.

In the spatial web, with mixed reality advancing rapidly upon us, that isn’t going to be limited to screens. People need to be willing to open their imaginations to what is underway. If the MIT Media Lab is publicly discussing research into synthetic programmable hallucinations. Imagine what they AREN’T telling us. The proposed new model of lifelong learning or “Education Reimagined” will be completing an ongoing series of assigned tasks (under digital surveillance). Those assignments will likely be carried out non-traditional settings – not schools. Smart city community partners are being integrated into the Internet of Things / Bodies panopticon under the umbrella of hybrid, remote learning with supporting data sharing agreements. Competency attainment of in-demand “skills” and even “micro-skills” will be verified through photo, video, or VR data documentation, which are logged into a person’s digital ledger for further task “personalization” and digital twin refinement.

I see synergy between this concept of “structured play,” and reinforcement learning techniques applied to non-human agents, robots. It stands to reason, doesn’t it, that children’s data would be highly sought after? There’s a premium placed on playfulness and creativity if it can be captured, measured, and made to fit on a dashboard. What AI needs is to work on navigating the unexpected, the edge cases. Is there any environment more likely to offer up “edge cases” than rooms full of excitable toddlers donning IoT wearables pouring data into lifelong learning lockers as “skills badges” secured on blockchain?

In addition to capturing cognitive data, there will be an imperative to scoop up emotions and social relationships: pattern recognition, prediction, reaction, revision. Early childhood education pursued in what MIT researchers would call a “responsive environment” is about the toddlers teaching the machine. THEY become the manipulatives being subtly managed by AI. The evidence-based interventions, and having been framed as high-tech, personalized “learning,” most adults will nod and agree that it equitable and just even as the most intimate experiences of next generation are stolen from them without their consent.

Education is evolving into a socio-technical behavioral control system linked to behavioral economics and digital identity that will extend into old age. That’s what is meant by anywhere, anytime lifelong learning. They intend to make it very difficult for us to stop learning. As digital interfaces become more sophisticated, to the point of invisibility, they want us to forget that the machines’ windows on the world are them freeloading on our senses, on our consciousness. Learning environments, “smart” and surveilled, will diligently program us even as those in power attempt to convince us we’ve been empowered as the programmers. The machine is ready to experience the world beyond billions upon billions of simulations. For the time being, it needs us to pilot it, to mentor it as it matures. Who knows what comes after that? 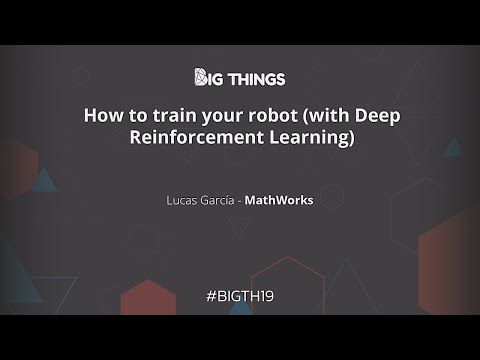