Someone just asked me for some information on Roman systems of domination, because they were doing research along those lines. I will admit, I haven’t done a ton of it, but I found this research on the forest gardens of Europe to be really fascinating, especially in light of the research @leo is doing on bioinformatics and impact investing in ecosystems, so I wanted to share it here. 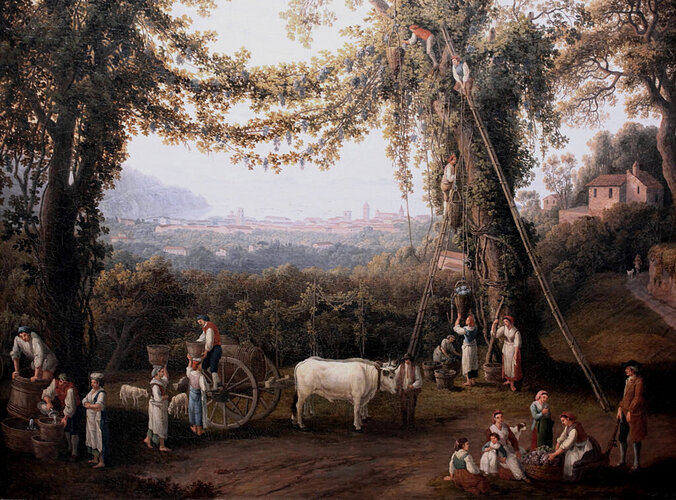 The Lost Forest Gardens of Europe

The indigenous Mesolithic societies of Europe never disappeared: they adapted, and survived in new ways. Their cultures, values, spiritual beliefs, and relationships with the land are encoded in the folk traditions and regional agroecological systems...

“Whereas modern industrial agriculture is descended from a distinctly imperialist Roman plantation system based on slave labor, systems like coltura promiscua are the direct descendants of the indigenous forest gardens of pre-agricultural Europe. Since the Neolithic Revolution, an assortment of farming systems in Europe that relied heavily on monocultures and a handful of finicky staple crops often ended abruptly and violently. The diverse forest gardens of peasants, however, have quietly shrugged off ten thousand years of turbulent changes. This article is a look at the little-known history of these systems and their innovative strategies for survival.”

This is a podcast about it. Excerpt - Max Paschall: Reclaiming Ancestral Food Cultivation Of Indigenous Europe — Last Born In The Wilderness

I think this is the whole episode. I distinctly remember there being a reference in here about a certain Latin / Roman text that was essentially used to train all civil servants of the western empire through the 18th century that featured techniques of subduing indigenous communities that involved removing them from land and culture and religion / priests - shamans. If you find the timestamp can you post it here? Stream #271 | The Lost Forest Gardens Of Europe: Reclaiming Ancestral Food Cultivation w/ Max Paschall by Last Born In The Wilderness | Listen online for free on SoundCloud

Word of the day - Latifundium

A latifundium (Latin: latus, "spacious" and fundus, "farm, estate") is a very extensive parcel of privately owned land. The latifundia of Roman history were great landed estates specializing in agriculture destined for export: grain, olive oil, or wine. They were characteristic of Magna Graecia and Sicily, Egypt, Northwest Africa and Hispania Baetica. The latifundia were the closest approximation to industrialized agriculture in Antiquity, and their economics depended upon slavery. During the mo... 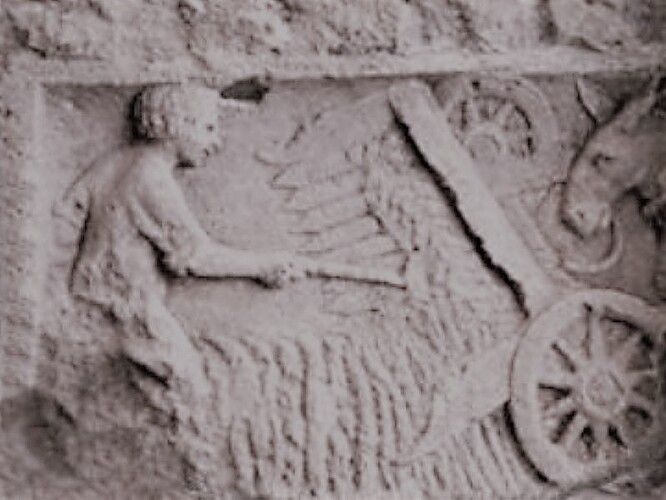 Relief depicting a Gallo-Roman harvester, from a wall in Buzenol in Belgium. / Photo by DieBuche, Wikimedia Commons The great majority of the people ruled by Rome were engaged in agriculture. Intro… 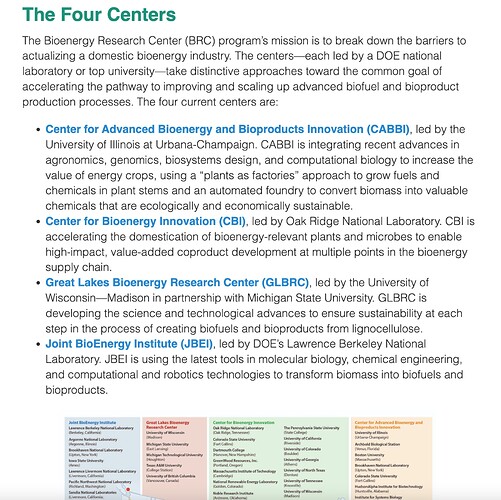 Just to be clear - I do see this trajectory as being linked to emerging tech like alternative energy biofuel development via bioengineering. This isn’t just random.

Ohh, that website on mesolithic huntergather/agriculture was super interesting.

University of Wisconsin builds the IBIS simulation with Oak Ridge. IBIS is basically ecological/geophysical digital twin used to moinitor and simulate ‘human influences’ on the environment.

The SAGE (Sustainability and the Global Environment) center is in the same institute as the bioenergy research center you mention above.

Jonathan Foley the first author went on to create Project Drawdown (a non profit but he just happens to make 340K a year. I dont know much about the project, but I think @AMcD has talked about it. Corporate non profit looking for ‘evidence based’ solutions to climate.

The Second author Colin Prentice got his PhD in the 70s studying the spectal emission of pollen. Spectal analysis by satellites/planes/ect of plants is the basis for remote sensing, mass surveillance of the earth. At the London Imperial Collage holds the “AXA chair in biosphere and climate impacts” AXA is massive multinational insurance company. The insurance world is big driver of mass surveillance of the earth for a variety of reasons.

Thanks - I hadn’t seen your link to that paper. The one I found had only four authors. I added the rest here.