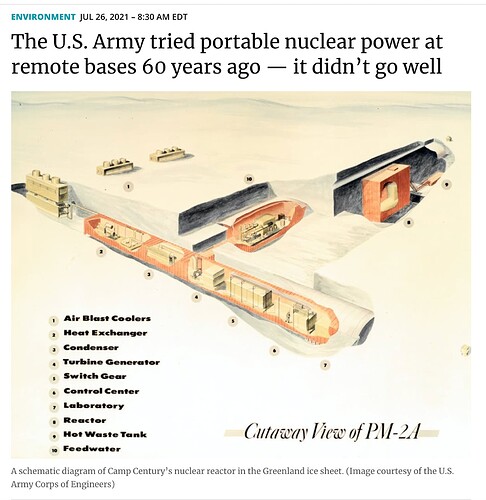 I find this an alarming read regarding a secret US Cold War-era base in Greenland that used portable nuclear power to drill ice cores. Though most of the portable nuclear during that time was flawed and left a contaminated legacy, it is clear TPTB are ramping up to revisit this idea under the banner of the net-zero anti-carbon program.

"There are major differences between nuclear power production in the 1960s and today.

The Pele reactor’s fuel will be sealed in pellets the size of poppy seeds, and it will be air-cooled so there’s no radioactive coolant to dispose of.

Being able to produce energy with fewer greenhouse emissions is a positive in a warming world. The U.S. military’s liquid fuel use is close to all of Portugal’s or Peru’s. Not having to supply remote bases with as much fuel can also help protect lives in dangerous locations.

But, the U.S. still has no coherent national strategy for nuclear waste disposal, and critics are asking what happens if Pele falls into enemy hands. Researchers at the Nuclear Regulatory Commission and the National Academy of Sciences have previously questioned the risks of nuclear reactors being attacked by terrorists. As proposals for portable reactors undergo review over the coming months, these and other concerns will be drawing attention. 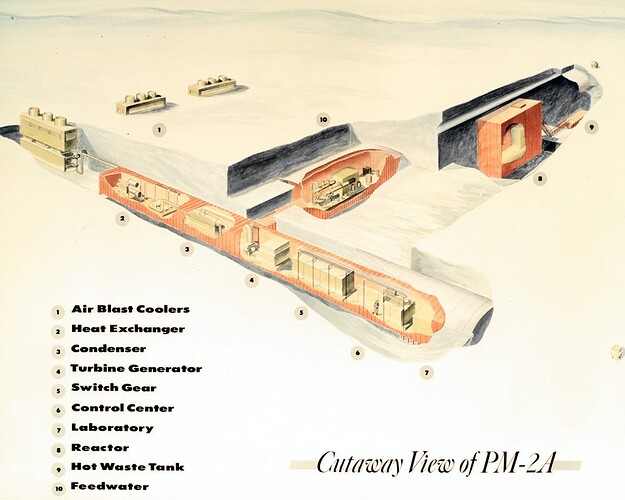 The U.S. Army tried portable nuclear power at remote bases 60 years ago — it...

In a tunnel 40 feet beneath the surface of the Greenland ice sheet, a Geiger counter screamed. It was 1964, the height of the Cold War. U.S. soldiers in