I wanted to share this video, which is already six years old. I’d lost track of it, but it’s important. The original transcript was deleted from the Philadelphia City Council website. This touches on anti-recidivism social impact finance that had the support of both the Philadelphia DA’s office and the Public Defender’s office. The relevant part starts about 35 minutes into the video. 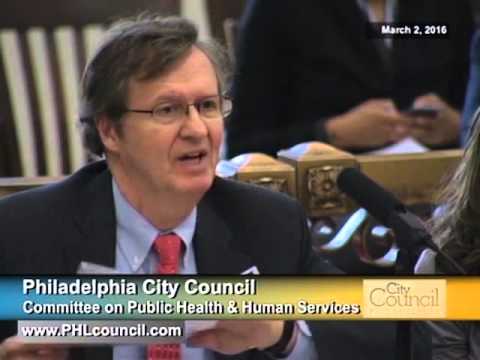 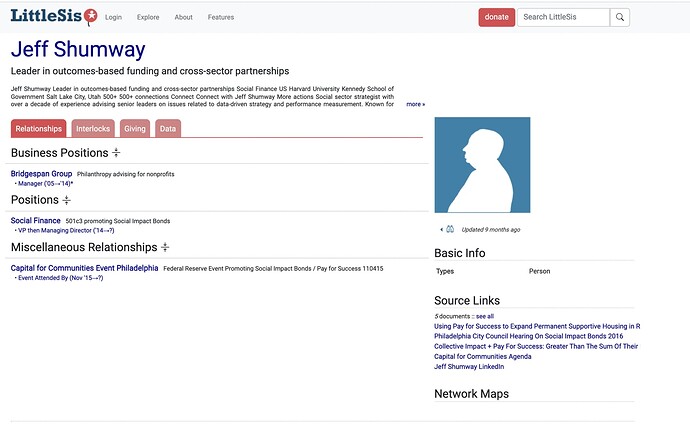 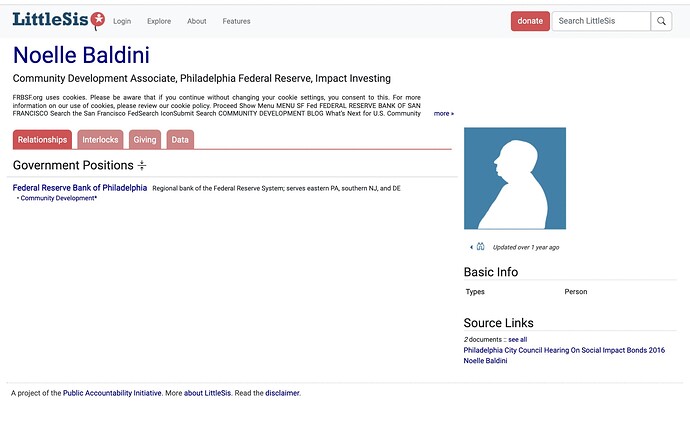 I bet these pay-for-success programs, in addition to all the harmful effects on people, society and the environment, end up increasing budgets, rather than decreasing them. I’m sure the Federal Reserve will provide the needed credit. So sickening regardless.

“Pay for success is not, emphatically not, a new source of funding for social programs. At the end of the day, if the project is successful, the public sector, or other payers still winds up paying for the service. And at a premium, since they will wind up paying the cost of financing as well.” -Andy Rachlin

I think this is his LinkedIn https://www.linkedin.com/in/andrew-rachlin-183854. He’s not on Littlesis. 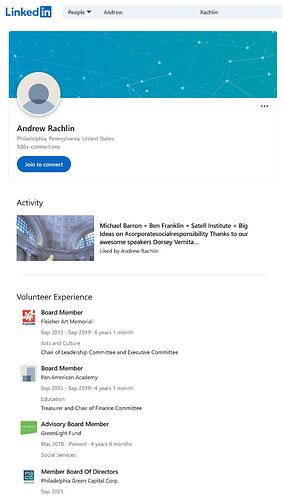 This is where the guy in the video Jeff Shumway works.
https://socialfinance.org/team/jeff-shumway/
I found this, which seems to be the Canadian government run department to setting up social finance schemes.
https://www.canada.ca/en/employment-social-development/programs/social-innovation-social-finance/social-finance-fund.html
Also found this Canadian Social Finance organization called MaRS who presents themselves as a forum??? Sir Ronold Cohen was one of the speakers at a MaRS conference in 2018. Interesting! 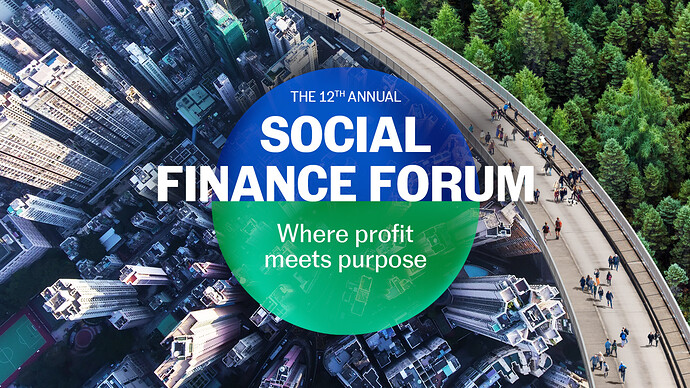 Still learning about this topic. Thanks for directing my attention.

Sounds all warm and fuzzy, but we know better. 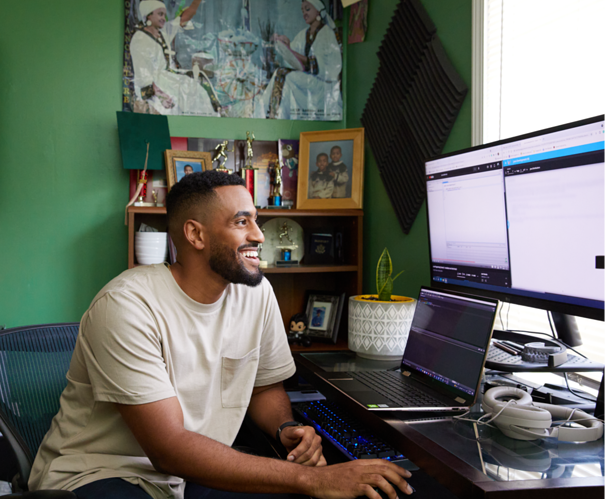 Yes Gino - in Canada it’s MARS in Toronto, but they are also active in Vancouver. I think Naomi Klein’s brother in law is in the mix in BC. See the first line. Invisible Heart premiered in Canada and hit up all the social work programs. 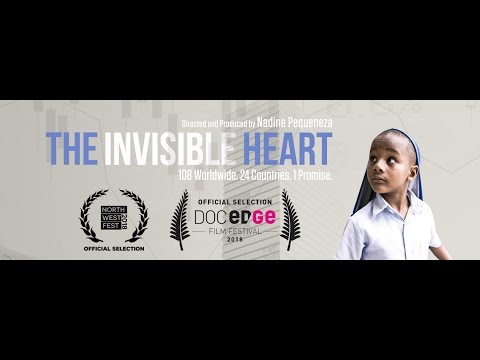 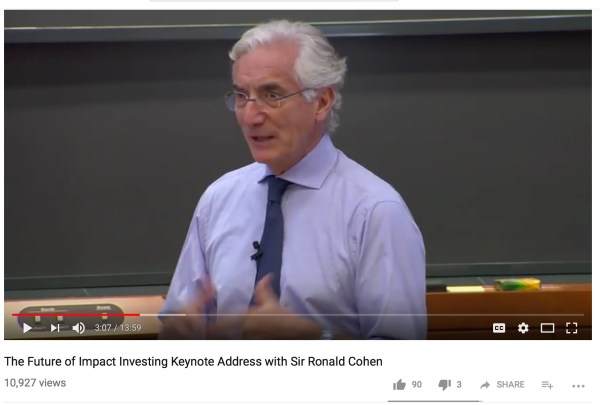 Sir Ronald Cohen Discusses the Holy Grail of Impact Investing at the Vatican...

As the documentary, The Invisible Heart, begins its Canadian tour, I felt it an appropriate time to revisit a couple of talks given by Sir Ronald Cohen. Cohen, an important figure in UK venture cap…

It was in 2018 - look at all the organizations involved.

The Invisible Heart want to thank all their outreach partners who helped spark an important discussion about SIB during their cross-Canada screening tour.

@Gerry Check out this trailer for “The Invisible Heart” (above). Canada connection. Would love to hear your thoughts.

“they’re the actual subjects of the experiments.” -Yep. And you shouldn’t experiment on people.

“It’s interesting that what you need is a banker to come in and tell homeless people why they’re homeless.” -No, you don’t need bankers at all! I initially thought this was supposed to be a ridiculous sarcastic statement but after watching the whole thing I don’t think it is. Serious disconnect.

“The parents that are in this community want to have their kids in school. I don’t think that they’re really aware where this money’s coming from.” - Naomi Klein -You’re right Naomi, nor do they know where the money’s coming from or going with these third and fourth sector–whatever bullshit flaky-ass veneer you use to cover up your support for–systems of unprecedented domination and control. I know you’re not dumb.

"I’ve heard, why are we letting investors make money off of our children (he puts “children” in closed quotations), well that’s silly." -This is another confusing statement because they are in fact making money off children. What is the silly part in his view? But it’s far worse than just making money. They are using behavioral science and tokenomics to manipulate them.

“The notion that everything in society does can be done so that we can make money from it? I think that’s a very strange notion.” -That is professional reality. It’s the norm but it should be a strange notion. In truth, everyone must “make” “money” to live in this construct and everyone in this production is receiving “money” for it.

“We’ve heard a lot about the invisible hand of markets, let us bring the invisible heart of markets to help those whom the invisible hand has left behind.” -This is the holy grail of bullshit epitomes. Let’s use a false metaphor to promote a throbbing lie and attribute it to an organ associated with Love and blood flow rather than an extremity.

I watched the Ted Talk by Ronald Cohen. At points his speech devolves into a buzzword salad. 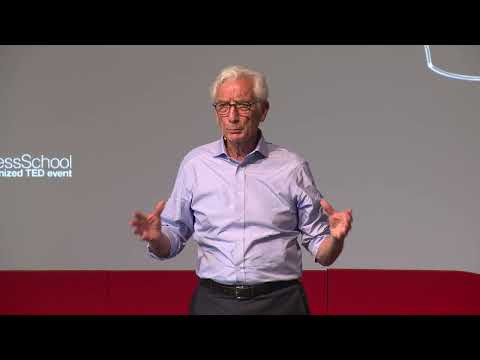 I was immediately reminded of Sam Hyde’s 2070 Paradigm Shift… 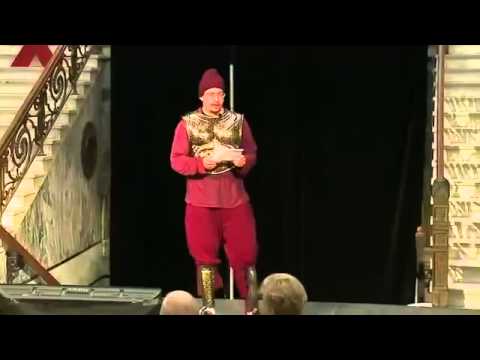 I don’t understand the value proposition for Impact investing. Funding students and other altruistic goals is beneficial to society, but how is this worth multi trillions in hard value? There is too much hand-waving and not enough balance sheet information.

This explains it. At the time I didn’t realize the impact data is being used to train the AI, too. 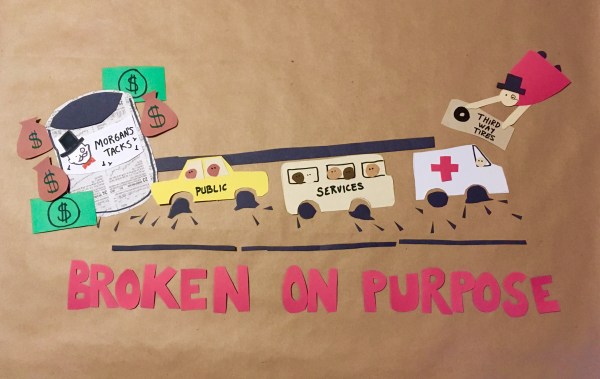 Through predatory public-private partnerships, global financiers are in the process of digitizing not only our education system, but many other aspects of public service delivery. This 10-minute vi…

Thanks for the video. Excellent scrapbooking skills.

This is the game. The game has to be in place in order for new debt products to be created and bet upon. It’s about derivatives - shorting people’s lives. This is the next part - where blockchain ID fits in. 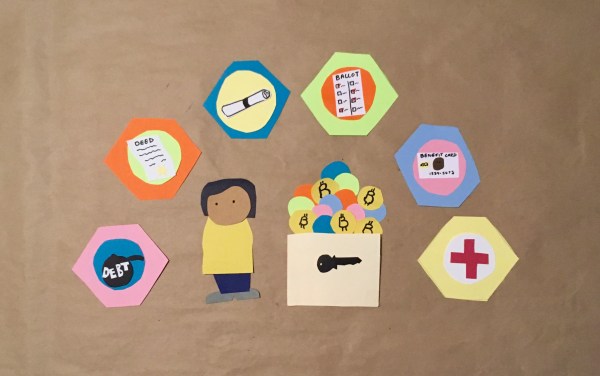 Welcome to Your Permanent Record

I realize my Blockchain video presents an abundance of information that may be difficult to absorb all at once. For that reason, I’ve pulled together images from the video and accompanying te…