“a cosmos emerges from chaos by simple rules…starting from chaos…” 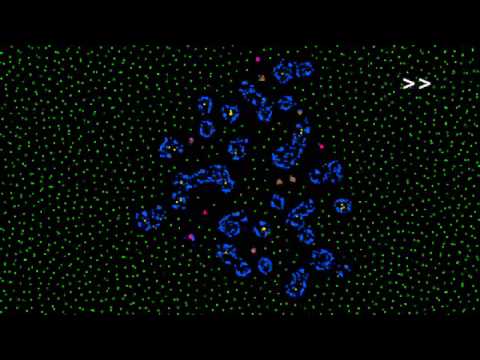 I’m reposting the Emergence thread for the short video that @Stephers put in because I think it highlights the ‘license’ being given to descriptions of LIFE –or proto-life—with the support of journals like Nature magazine. What I see in this simulated “primordial particle system” is an effort to envisage a quantum field, and how perhaps entangled particles might appear or behave based on ‘pure,’ uniform, and simple rules of motion—as they admit— but applicable to any manifestation of matter from a wavelength to a rock, in my opinion. Computer simulations with rules don’t have to use actual rules, if such exist. A demonstration of creating with ‘rules’ is shown in the video “The Art of Code” which also shows the workings of the Game of Life model underpinning the design of Primordial Partlicle Systems.

The Art of Code https://www.youtube.com/watch?v=6avJHaC3C2U

”The Game of Life is not your typical computer game. It is a cellular automaton, and was invented by Cambridge mathematician John Conway.” Play John Conway’s Game of Life

The transition from nonlife-to-life (abiogenesis) is usually framed as the greatest scientific Question of All Time, and has hundreds of failed experiments to show how difficult Origin-of-Life science really is. An early 20th century example of failure which seems just silly is the claimed “discovery” of organismic radiobes in this video presentation of Luis Campo’s book. @leo Radium and the Secret of Life Radium and the Secret of Life with Luis Campos - YouTube

Professor Michael J. Behe, biochemist, illustrated the faulty line of origin-of-life evidence in his 1996 book Darwin’s Black Box (updated/reprinted 2006, which is the copy I have). Behe addresses not only the abiogenesis problem, but plainly and lucidly critiques the lack of evidence for evolutionary complexity—a situation unchanged and unresolved—supporting the Intelligent Design school of thought as a matter of ruling out the impossible, as Sherlock Holmes would say. Behe has a newer argument suggesting devolution as ‘helpful’ to survival, here in Behe’s 2018 book promo for Darwin Devolves (which I haven’t read) Michael Behe Is Returning With His Latest Book, Darwin Devolves - YouTube

Stepping aside somewhat, bypassing the problems of abiogenesis, are claims to creating life in the form of viruses— however, viruses are non-living and are therefore conflated with Life as organisms. They are thought to be the proto-life missing-links described in “RNA World” theories.

“The RNA world is a hypothetical stage in the evolutionary history of life on Earth, in which self-replicating RNA molecules proliferated before the evolution of DNA and proteins. The term also refers to the hypothesis that posits the existence of this stage. Alexander Rich first proposed the concept of the RNA world in 1962,[1] and Walter Gilbert coined the term in 1986.[2] Alternative chemical paths to life have been proposed,[3] and RNA-based life may not have been the first life to exist.[2][4] Even so, the evidence for an RNA world is strong enough that the hypothesis has gained wide acceptance.[1][5][6] The concurrent formation of all four RNA building blocks further strengthened the hypothesis.[7] Regardless of its plausibility in a prebiotic scenario, the RNA world can serve as a model system for studying the origin of life” RNA world - Wikipedia

—so for the time being I’m using the word ‘virus’ as a blanket term for the various nano-bio-thingies of biochemical makeup, just as research papers do without distinction or explanation. It’s a systemic ‘quirk’ in the jargon that exploits the reader’s perception and knowledge, professional readers included, which I am not, but just interested and persnickety. In no case whatsoever is a virus a lifeform or an organism .

“Viruses (Virus particles or virions) are usually units consisting of nucleic acids and coat proteins called capsids. Viroids consist only of RNA, i.e. they contain no protein at all**. Except for a few cases, viruses are not surrounded by a membrane. If present, the membrane around a virus particle – as seen in electron microscopic images – stems usually from the host cell** (see picture). Viruses have no energy metabolism of their own. Consequently, they cannot perform syntheses and are thus unable to replicate themselves… With plant viruses, the term specificity (or host-specificity) has a very narrow meaning, since no plant virus as such exists…” Botany online: Plant Viruses and Viroids
*

J.D. Bernal, who began his rise in science as a carbon chemist and came to supervise Rosalind Franklin’s ‘virus’ group at Univ London in the ‘50s, made on the following statement on ‘Life’: 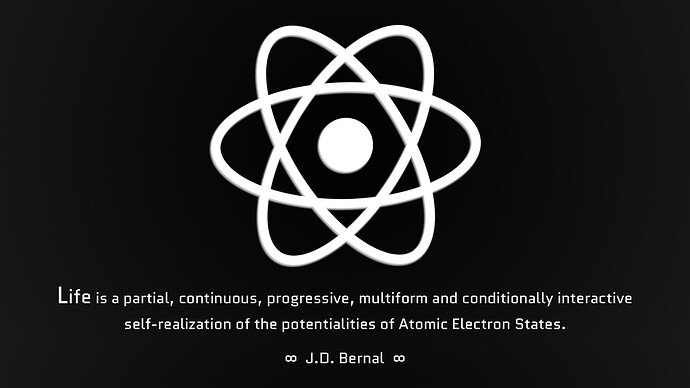 Below is a repost from my blog, Making and Faking Viruses | Jennifer Lake's Blog

Eckard Wimmer, the elderly researcher who created poliovirus from scratch, makes this statement [edited as a distillation from the video]: …”My favorite virus is poliovirus… and in 2002 we published a paper that we had recreated the virus from information on the internet and no virus was necessary…. This was an enormous shock…[because] the parent of this virus…was the computer.”
––the effect was to halt the ‘millenium’ debate in the WHO over stopping the poliovaccine mandate and recharge the argument of ‘bioterror.’ 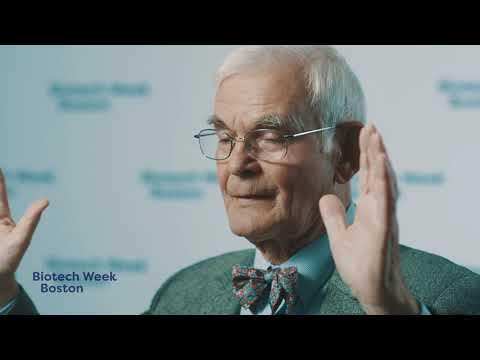 “Originally trained as an organic chemist, Wimmer developed a deep understanding and fascination for viruses as replicating (living) biological entities as well as (non-living) aggregates of organic compounds, or, “as chemicals with a life cycle”.[2][3] After working on the structure of tRNAs and the structure of a plant RNA virus (satellite tobacco necrosis virus), Wimmer chose to study poliovirus in 1968. Poliovirus is the cause of the horrific disease poliomyelitis, which can cause irreversible flaccid paralysis and even death. Neither the molecular biology of poliovirus proliferation nor the mechanism of its pathogenesis was understood in the nineteen sixties… Using the nucleotide sequence of the genome deciphered in 1981, Wimmer followed up on the work published in 1991 by synthesizing chemically the genome in the form of double stranded DNA (“cDNA”), which was then transcribed enzymatically[16] into genome RNA and “booted to life” in the cell free system.[3] This work, published in 2002 by Cello, Paul and Wimmer, was the first test-tube synthesis of an organism in the absence of a natural template achieved outside living cells.[3] The poliovirus synthesis caught global attention, high praise, ridicule and fierce condemnation…” Eckard Wimmer - Wikipedia

“Chemist Graham Cairns-Smith has spent his entire scientific career pushing a simple, radical idea: life did not begin with fiddly organic molecules like DNA, but with simple crystals. It is now 50 years since Cairns-Smith [1931–2016] first put forward his ideas about the origin of life. Some scientists have ridiculed them; others have, cautiously or wholeheartedly, embraced them.” Clay crystals theory of life 50 years old – Uncommon Descent

“Alexander Graham Cairns-Smith FRSE (24 November 1931 – 26 August 2016) was an organic chemist and molecular biologist at the University of Glasgow.[1] He studied at the University of Edinburgh, where he gained a Ph.D. in Chemistry (1957).[2] He was most famous for his controversial 1985 book Seven Clues to the Origin of Life. The book popularized a hypothesis he began to develop in the mid-1960s—that self-replication of clay crystals in solution might provide a simple intermediate step between biologically inert matter and organic life. He [was] inspired [by] other ideas about chemical evolution, including the Miller–Urey experiment and the RNA World, all of which are hypotheses that have played important roles in attempts to understand the origin of life. Cairns-Smith also published on the evolution of consciousness, in Evolving the Mind (1996), favoring a role for quantum mechanics in human thought.[3] He died on 26 August 2016…” Graham Cairns-Smith - Wikipedia

“The Miller–Urey experiment [1] (or Miller experiment [2]) was a chemical experiment that simulated the conditions thought at the time (1952) to be present on the early, prebiotic Earth and tested the chemical origin of life under those conditions. The experiment at the time supported Alexander Oparin’s and J. B. S. Haldane’s hypothesis that putative conditions on the primitive Earth favored chemical reactions that synthesized more complex organic compounds from simpler inorganic precursors. Considered to be the classic experiment investigating abiogenesis, it was performed in 1952 by Stanley Miller, supervised by Harold Urey at the University of Chicago, and published the following year… In a 1996 interview, Stanley Miller recollected his lifelong experiments following his original work and stated: “Just turning on the spark in a basic pre-biotic experiment will yield 11 out of 20 amino acids.”[8]

The original experiment remained in 2017 under the care of Miller and Urey’s former student Jeffrey Bada, a professor at the UCSD, Scripps Institution of Oceanography.[9] As of 2013, the apparatus used to conduct the experiment was on display at the Denver Museum of Nature and Science. Miller–Urey experiment - Wikipedia 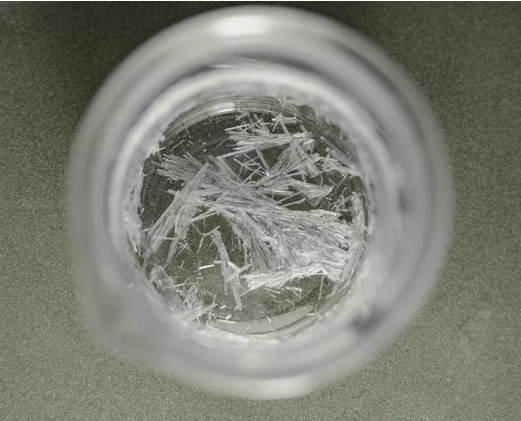 “Rebecca Schulman is an associate professor in the Department of Chemical and Biomolecular Engineering, with secondary appointments in chemistry and computer science. She is a member of the Institute for Nanobiotechnology, the Hopkins Extreme Materials Institute, the Chemistry-Biology Interface Program, the Center for Cell Dynamics, and the Laboratory for Computational Sensing and Robotics at Johns Hopkins University

…”Schulman has developed new classes of soft materials called “hydrogels” that can change form in response to specific biomolecular sequences (or codes), paving the way for new classes of biomedical devices, robots, and materials.” 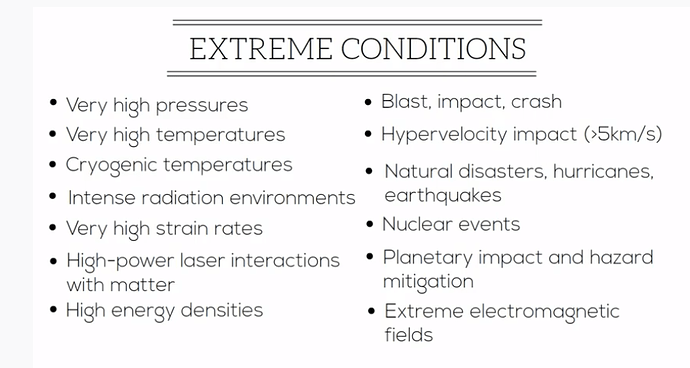