This history matters. Grateful for Raul putting Barbara Ward Jackson and former Canadian Prime Minister Lester on my radar in the area of International Development and “accountability.” These narratives have been laid out for over 50 years. 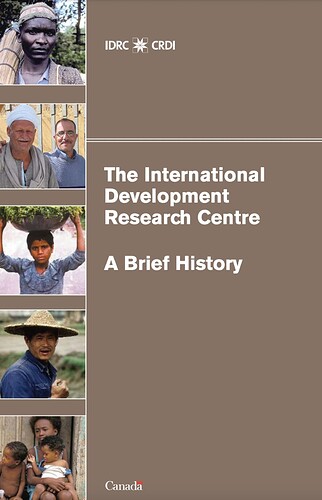 “The 1967 celebrations surrounding Canada’s centenary as a nation, particularly Montreal’s Expo 67 and its theme of Man and His World, gave this country greater confidence about its place in the international community. In June, only three weeks before the national birthday, Pearson proposed that Canada establish a research centre for international development, “a new instrument, concentrating more attention and resources on applying technology to the solution of … economic and social problems on a global basis.” Minister of External Affairs Paul Martin Sr brought Maurice Strong to Ottawa in 1966 to manage the external aid program. Later appointed president of the newly created Canadian International Development Agency, Strong’s mandate was to “change the shape of Canada’s aid effort” in such a way that it would include more than direct assistance. From his position at CIDA, Strong would champion the creation of Pearson’s “new instrument” to provide the forward-thinking approaches to international challenges that could not be addressed by way of more conventional programs. After his retirement, Pearson headed the Commission on International Development. Its 1969 report, Partners in Development (The Pearson Report), declared, “Both sides (i.e., the North and the South), have learned that cooperation for development means more than a simple transfer of funds. It means a set of new relationships … founded on mutual understanding and self-respect … [and] … a clear division of responsibilities which meets the needs of both partners.” Pearson’s call for partnership echoed Ward’s call for technical resources “properly deployed” as the best chance for successful development. Pearson’s successor, the Rt. Hon. Pierre Elliott Trudeau — invoking the tenets of justice and fairness that made Canada “a just society” — proposed to establish an “international development research centre.” In this organization, the strengths of research, observation, analysis, and collaboration would replace prescription from afar, and would enable countries being assisted to identify for themselves their development challenges and to mobilize their institutional, financial, and human resources. The parliamentary debate on the bill to establish IDRC attracted all party support. The legislation was symbolically strengthened by the deletion of the words “of Canada” from the proposed name of the new organization. The Centre was to be a different kind of public institution — untainted by party politics, self-governing, an aspect of Canadian foreign policy but that was first “of the world ” and only then “of Canada.” An Act to Establish the International Development Research Centre received royal assent on 13 May 1970.” https://idl-bnc-idrc.dspacedirect.org/bitstream/handle/10625/31730/121541.pdf?sequence=1&isAllowed=y 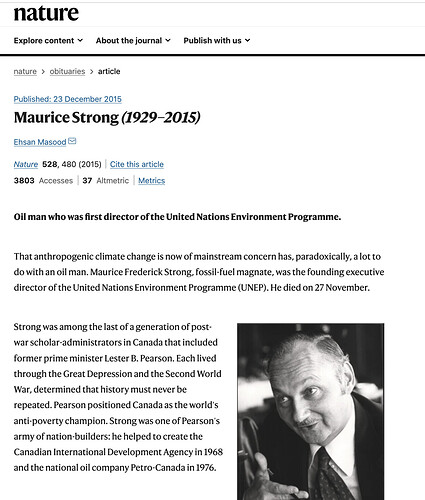 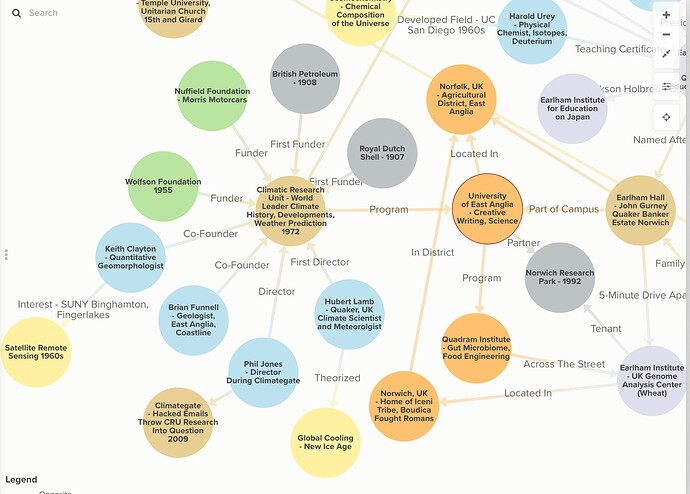 @Jason_Bosch and I went to Crestone, CO where Maurice Strong bought a huge amount of acreage (the Baca tract) and tried to build housing and pump the aquifer. Strong was a Canadian oil guy who led the UN “environmental” program. Just like it was BP and Royal Dutch Shell (with Rockefeller) who funded the first global “climate research” center in the UK at about the same time. Totally suspect - all of it. It makes me sick.

“The establishment of the Social Sciences and Human Resources Division was controversial. It was seen as diverting funds better used in the search for technical fixes to known problems — a criticism that was answered with an emphasis on applied social sciences. Funding locally designed and managed social science required a deft touch in order to gain support from a wider range of actors outside the research community, especially in political and bureaucratic circles. The decision to establish the Information Sciences Division was innovative and anticipated the importance that information and communication technologies would come to have for development. From the outset this division steadily established its reputation, as it promoted the partnership dimension and provided funds to assist efforts in data collection, coding, and distribution.” @leo and now here we are… 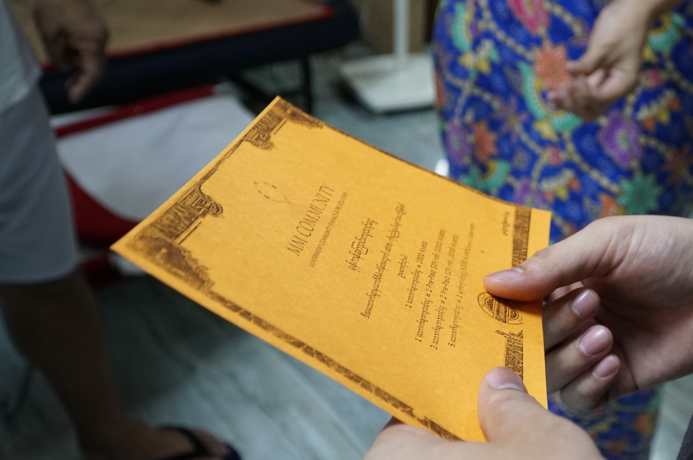 Deploying dApp, DID and Participation Token in a Consultation Town Hall Meeting in Yangon Myanmar Introduction: We discussed the implication of Crowd Consensus Metrics for Micro Smart Impact Bond in developing regions before: Blockchain...

Here’s one of three videos we did in Crestone. This one also has a segment from Superior, Colorado as well (where destructive fires occurred). 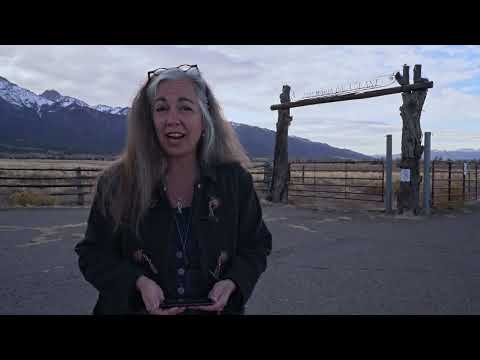 “Deploying dApp, DID and Participation Token in a Consultation Town Hall Meeting in Yangon Myanmar”

Seems strange they met in Myanmar of all places. There has been a tug-of-war between the “human rights” darling Aung San Suu Kyi and the military that I don’t understand.

3. Crowd Impact Measurement: on-boarding all playground users and the wider community to measure impact on site. 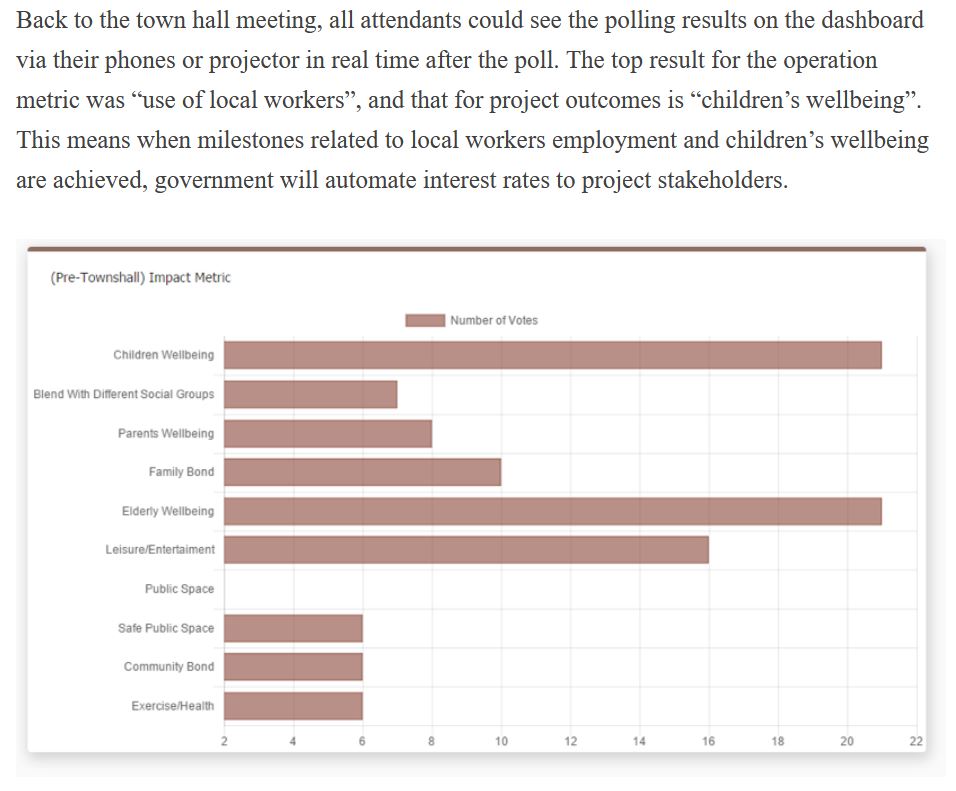 Children wellbeing? Can a poll be more vague and meaningless?

I think I need to create a category on Statistics, Polling and Voting. Lot’s to unpack. Manufacturing Consent! 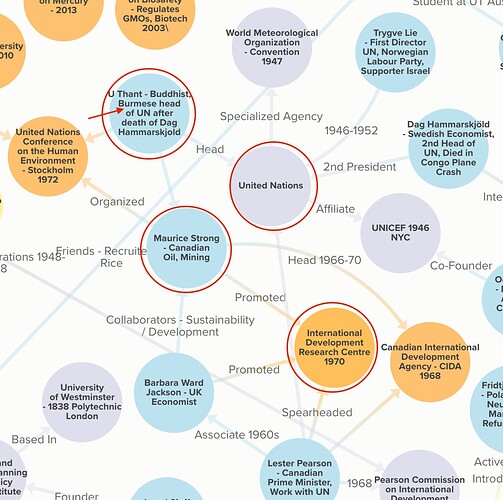 Hey - looking at my map, I realize the Myanmar aspect may go back to Maurice Strong’s ties to U Thant, the Burmese leader who took over the UN after the death of Dag Hammerskjold. That association also may relate to the close ties he and Hanna had with Buddhists in setting up places of worship in Crestone.