So I spent much of yesterday puzzling out Earlham College - a small Quaker school in Indiana - and Julius Stulman’s personal papers ended up there. Earlham is linked to the global “peace” movement, which I think is ultimately “harmonized” “eternal” existence. In the late 19th century the Quakers at Mohonk were involved in all sorts of “social justice” work of the day. They felt war would be stopped through a system of international arbitration. NY Senator / statesman Elihu Root was the first president. They had many conferences at the Mohonk Resort, created by the identical twin Quaker Smily Brothers, to get that set up. The Baha’i showed up in 1912. I fear the end result is global smart contract law rolled out as universal human rights, rights of the child, rights of nature. The American Society of International Law still exists today. This is a video from last year about smart contract law. Private Int'l Law and Emerging Technology: Codes, Conflict of Laws, and Digital Jurisdictions - YouTube

I need to read more about the quakers, but I get what your saying, I can see how global peace pacifism, ‘harmonized eternal existence’ ties into a global system of smart contract law. 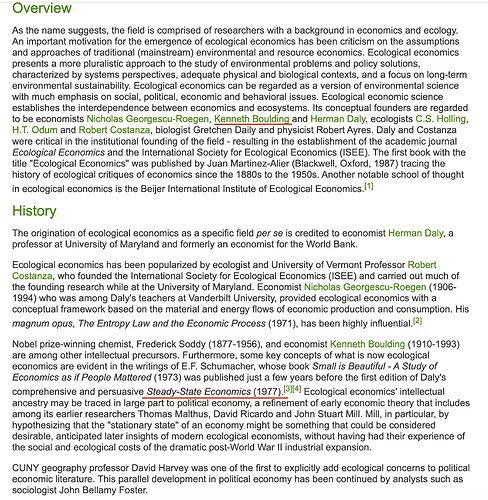 In the link I shared about Costanza and the origins of ecological economics Kenneth Boulding is also included as an early thought leaders. If you check out the map below, I think the connections between engineered homeostasis and Quaker “peace” will become more obvious. @Jason_Bosch the Boulding’s landed in Boulder, hence the strength of the “peace” movement there.

Elise Boulding:
Moreover, she and her husband, the late Kenneth Boulding, internationally known economist and peace researcher, were the founders of the International Peace Research Association (IPRA) in 1964, and its American counterpart, The Consortium on Peace, Research, Education and Development (COPRED) in 1970. These efforts were made as an attempt to link peace research, education and activism2. She was the Chair of COPRED from 1970 to 1972. Dr. Boulding also worked as the Secretary General of the International Peace Research Association from 1989 to 1991, and then as President from 1992 to 1996. In addition to this, Elise Boulding worked extensively with UNESCO, and for the establishment of the Japan-based United Nations University; with the American and International Sociological Associations; with the American Friends Service Committee (AFSC) and with the Interfaith Peace Council. Elise Boulding strongly believed in the importance of including values of peace and justice in school curricula and dedicated her life to making it a reality. Finally, 1996, Boulder’s Rocky Mountain Peace Center awarded Dr. Boulding its first Peace Maker of the Year award after which she announced her retirement and plan to move away from Colorado to live closer to her children and grandchildren in Massachusetts. Elise passed away in June of 2010.

Upon her departure from Boulder in November 1996, Dr. Boulding vowed never to stop her active work in peace advocacy, research and education, and has been adding to her already extensive body of published books and essays ever since. In large part, Dr. Boulding’s peace work has emerged via her volumes of publications, essays and lecture tours and has contributed to the world of peace studies in a variety of extremely valuable ways.
https://archives.colorado.edu/repositories/2/resources/758

I personally know many the people involved with Rocky Mountain Peace and Justice (including the woman who used to head it) and I have organized events with them over the years. They are a very small, poorly funded group. That they gave Elise Boulding an award is not significant. They have very little resources or influence. From my years of knowing them I would say the individuals involved have good intentions but do not understand the goals and intentions of the larger institutions and financial power behind “peace” brokers like Boulding. Most of their activity has been around nuclear disarmament and protesting the now defunct Rocky Flats facility. They had also been doing a lot on the funding of Latin American dictators and death squads.

I plan on learning more about the Bouldings though.