Homework - Get Acquainted With This Glossary Page 457 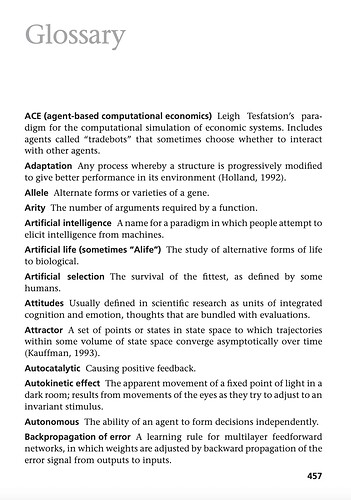 Please reply with at least one concept that intrigues you.

Social Impact Theory: Latane’s theory that people are influenced by a group in proportion to the strength, immediacy, and number of the group members i=f(SIN).

Arity - The number of arguments required to function.

I don’t actually understand this one but I’m intrigued. I will investigate further. I suspect I might even be able to write a few bad jokes around this concept. LOL

Autonomy
–which denotes independent action, thought and function as a description of individuality and capability. I think this is a primordial distinction that challenges us more than ever with the advance of scientific Maker culture. It’s a guess as to whether autonomy, where existing, is preserved in the ACE-like paradigm.
—don’t understand ‘arity’ either @Jason_Bosch Clue us in??

As you know, this is my newest go-to reference book. It is chock full of material that we NEED to know.

My top three (which I have focused on in my writing): Memes, Memetics, and Stigmergy…

Memes: Richard Dawkins’ proposition that ideas and other cultural symbols and patterns, called memes, are analogous to genes; they evolve through selection, with mutation and recombination, increasing their frequency in the population if they are adaptive.

Memetics: A view originating with Richard Dawkins that suggests that cultural features such as ideas and artifacts evolve in a process similar to genetic evolution.

As a challenge to myself, though, I will choose one concept that I have not previously explored (outside of the book)…

Satisficing: Herbert Simon’s term for the search for a solution that is good enough, as compared to a perfect solution.

Since the book did not offer much in this regard, to get me (or anyone else) started . . . 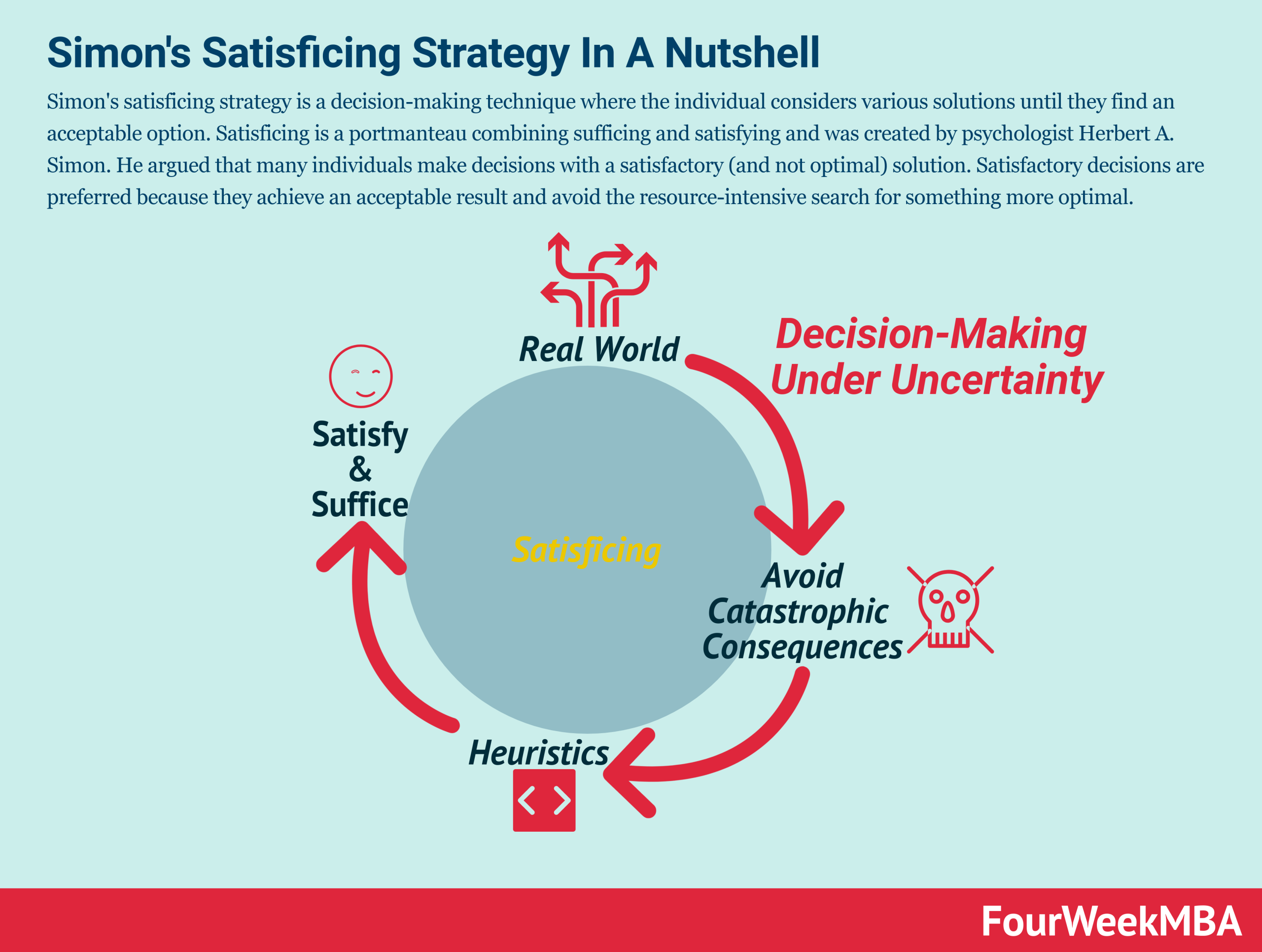 Simon's satisficing strategy is a decision-making technique where the individual considers various solutions until they find an acceptable option. Satisficing is a portmanteau combining sufficing and satisfying and was created by psychologist Herbert...