A friend shared this article today - discussions about regulating crypto as securities again. 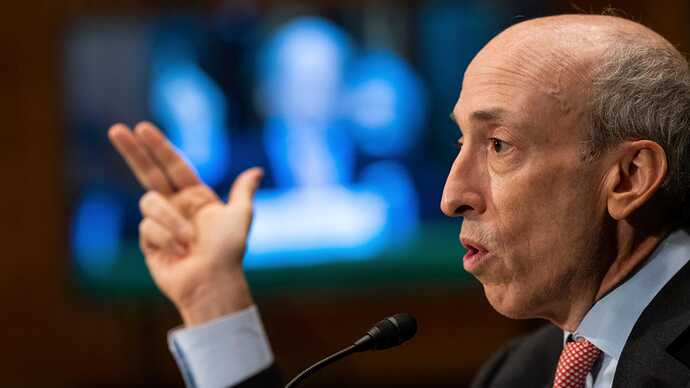 Ethereum Plunges After SEC Chair Says Crypto Could Be a Security

This reminded me of a line of thought I was pursuing back in 2018 about faith-based finance and SEC loop holes that link to industrial banking and impact finance in Utah.

Sharing here in case you all have insights.

This tweet yesterday is odd - he’s with the Intercept / Omidyar. Why is a blockchain guy with a global / Islamic focus tweeting about LDS leadership in the US moving forward? Well, we know, but most people don’t.

Also @ldaven shared the video of a Texas virtual learning committee hearing. The new co-chair is LDS and she and her husband are influential lawyers with ties to Alito and big into religious freedom and school choice. The first person to testify for wrap around services is a long-time Utah state senator whose wheel-house is ed-tech.

"Wow. Small world. Did I tell you I was looking for someone who might be able to help me figure out what Clinton did with this philanthropy SEC loophole?

It would be related to faith communities or non profits “issuing debt.” Like these “impact securities” which is the next iteration of “pay for success.”

181 MODEL BENEFIT CORP. LEG. § 102. But see DEL. CODE ANN. tit. 8, § 362 (2014) (Delaware’s “Public Benefit Corporation” differs significantly from the Model Legislation promulgated by B Labs in that Delaware requires corporations to identify in its certificate of incorporation a specific public benefit that it will promote. But Delaware does not require its public benefit corporations to use a third-party standard when creating reports.).

An industrial bank is a state chartered depository institution that is:

Historically, this class of institution has been available in Utah and only a handful of other states. Most of the chartering activity in recent years has taken place in Utah. Industrial banks were also known as industrial loan corporations (ILCs) in Utah until 2004 when state law was amended to rename this class of institution to better reflect their legal status as fully fledged FDIC insured depository institutions. Outside of Utah, industrial banks are often still referred to as ILCs.

In Utah, Industrial Banks Fight Added Regulation - The New York Times Utah is the nation’s unlikely capital of industrial banks — niche institutions that primarily make loans to businesses. Corporations like Goldman Sachs, Target and General Electric have been attracted to the state to set up such institutions. While they have brought billions of dollars in deposits, thousands of jobs and millions in charitable donations to Salt Lake City, the banks have also drawn fire from Washington.

I believe these are all connected, but I need help better understanding how industrial banking law ties into the SEC regulations around non profit debt and DE laws for benefit corporations. If you happen to know anyone with a legal mind, please feel free to forward."