Looking into the origins of the concept of “natural capital” and Schumacher came up. Anyone familiar with him? Interesting. 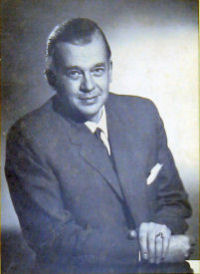 Ernst Friedrich Schumacher CBE (16 August 1911 – 4 September 1977) was a German-British statistician and economist who is best known for his proposals for human-scale, decentralised and appropriate technologies. He served as Chief Economic Advisor to the British National Coal Board from 1950 to 1970, and founded the Intermediate Technology Development Group (now known as Practical Action) in 1966. In 1995, his 1973 book Small Is Beautiful: A Study of Economics As If People Mattered was ranked...

Nothing small about him—Schumacher appears to have reached an emerging career peak as a post-WWII WorldBuilder.

“Werner Karl Heisenberg (pronounced [ˈvɛʁnɐ kaʁl ˈhaɪ̯zn̩ˌbɛʁk] (listen)) (5 December 1901 – 1 February 1976)[2] was a German theoretical physicist and one of the main pioneers of the theory of quantum mechanics… Heisenberg was also president of the German Research Council,[4] chairman of the Commission for Atomic Physics, chairman of the Nuclear Physics Working Group, and president of the Alexander von Humboldt Foundation…” Werner Heisenberg - Wikipedia

Economic idea for post-WWII global trade was E.F. Schumacher’s invention of a multilateral clearing system for payments, adopted by Keynes as the ‘bancor’:

“The bancor was a supranational currency that John Maynard Keynes and E. F. Schumacher[1] conceptualised in the years 1940–1942 and which the United Kingdom proposed to introduce after World War II. The name was inspired by the French banque or (‘bank gold’).[2] This newly created supranational currency would then be used in international trade as a unit of account within a multilateral clearing system—the International Clearing Union—which would also need to be founded… Bancor would not be an international currency. It would rather be a unit of account used to track international flows of assets and liabilities, which would be conducted through the International Clearing Union. Gold could be exchanged for bancors, but bancors could not be exchanged for gold. Individuals could not hold or trade in bancor. All international trade would be valued and cleared in bancor. Surplus countries with excess bancor assets and deficit countries with excess bancor liabilities would both be charged to provide symmetrical incentives on them to take action to restore balanced trade. In the words of Benn Steil, ‘Each item a member country exported would add bancors to its ICB account, and each item it imported would subtract bancors. Limits would be imposed on the amount of bancor a country could accumulate by selling more abroad than it bought, and on the amount of bancor debt it could rack up by buying more than it sold. This was to stop countries building up excessive surpluses or deficits. Each country’s limits would be proportional to its share of world trade … Once initial limits had been breached, deficit countries would be allowed to depreciate, and surplus countries to appreciate their currencies. This would make deficit country goods cheaper, and surplus country goods more expensive, with the aim of stimulating a rebalancing of trade…’

“Since the financial crisis of 2007–2008 Keynes’s proposal has been revived. Its proponents have argued that since the end of the Bretton Woods system when the United States dollar was unpegged from gold, the United States was incentivized to run high government spending and high deficits, which made the global financial system unstable.[5] In a speech delivered in March 2009 entitled Reform the International Monetary System, Zhou Xiaochuan, the Governor of the People’s Bank of China called Keynes’s bancor approach “farsighted…” Bancor - Wikipedia

“In 1977 he published A Guide for the Perplexed as a critique of materialistic scientism and as an exploration of the nature and organisation of knowledge.”