Taking another look at LINDEN Lab and Philip ROSEdale who created Second Life in 2003.

Just wondering about the encoding in the names there. Rose / Rosicrucian 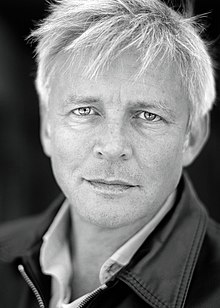 Philip Rosedale (born September 29, 1968) is an American entrepreneur who founded Linden Lab, which develops and hosts the virtual world Second Life. Rosedale was born in San Diego, California, in 1968. He took an interest in computers, technology, and virtual reality from an early age. He started his own company selling database systems to small businesses at 17, used the proceeds to fund his college education[citation needed] and ultimately earned a Bachelor of Science degree in physics and co...

The greek mythology links the origin of the linden tree with the story of the fairy named Filira. Filira seduced by Cronos (metamorphosed in horse) gave birth to the centaurus Chiron and transformed herself in a linden tree. Another example of metamorphosis where a character has been transformed in a linden tree is the legend of Filemon and his wife, Baucis. Their marriage and constant love were a model and they wanted to remain inseparable even beyond death. Zeus transformed their house in a temple, Filemon was transformed in an oak and Baucis in a linden tree as a sign of gratitude for their hospitality. The branches of the two trees were united and became inseparable. According to the greek legends, the linden tree, was a symbol of marital love and of the perfect wife, of simplicity, innocence and kindness. Due to the perfume of its flowers, linden tree became in the Greek mythology the sacred tree of Aphrodite.

In the Hellenic period of Egypt, the masks of the sarcophagus of Fayoum were made of linden wood, which proves the sacred nature of this tree since ancient times. Herodot mentions the Scythian soothsayers using the leaf of the linden tree in order to obtain inspiration and to guess the future. Herodot also mentions a strange androgyne population, the enarei, they were claiming that they received from Aphrodite the gift of soothsaying and they were practising the divination with a linden tree bark.