I was wondering if @leo could maybe summarize the role Blockscience plays in the Web3 space?

I know they are important. Was it the bonding curves? I noticed that Michael Zargham, the CEO, got his PhD from UPenn in 2014 and participated in DoD sponsored research while pursuing his degree. 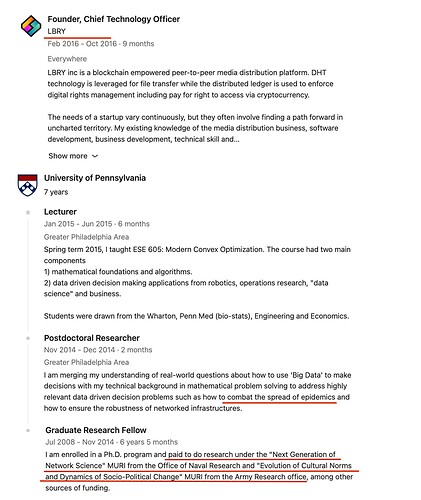 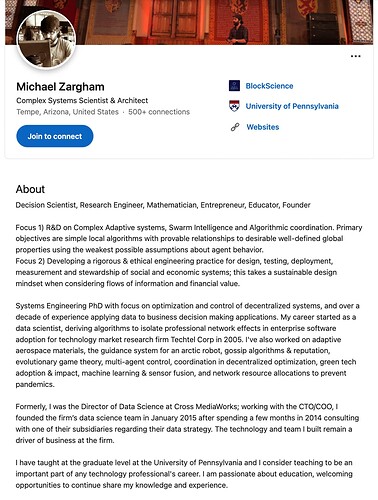 “I am enrolled in a Ph.D. program and paid to do research under the “Next Generation of Network Science” MURI from the Office of Naval Research and “Evolution of Cultural Norms and Dynamics of Socio-Political Change” MURI from the Army Research office, among other sources of funding.” 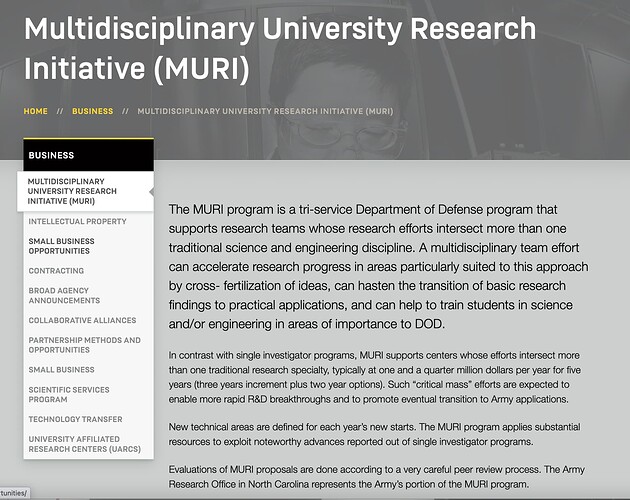 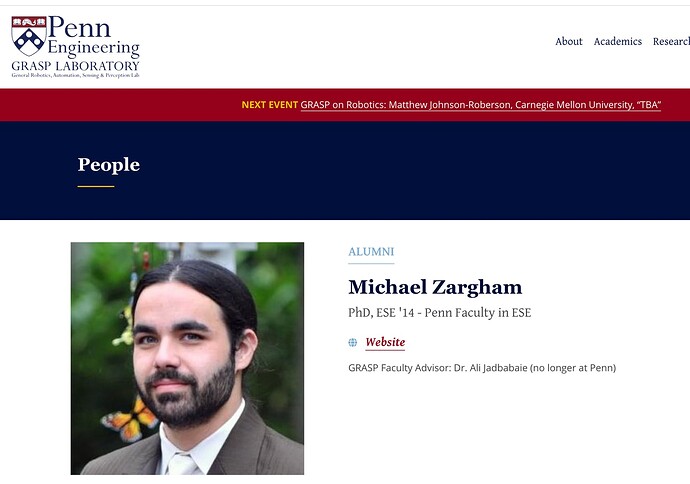 Zargham GRASP Lab1920×1349 99.2 KB
This is a slideshare Jadbabaie did under that grant on evolving social norms. 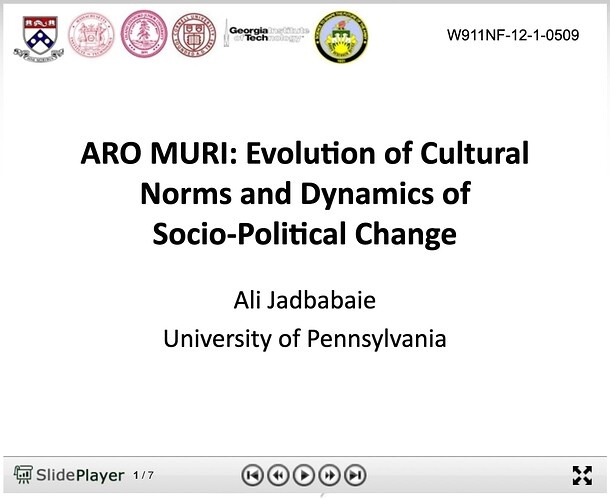 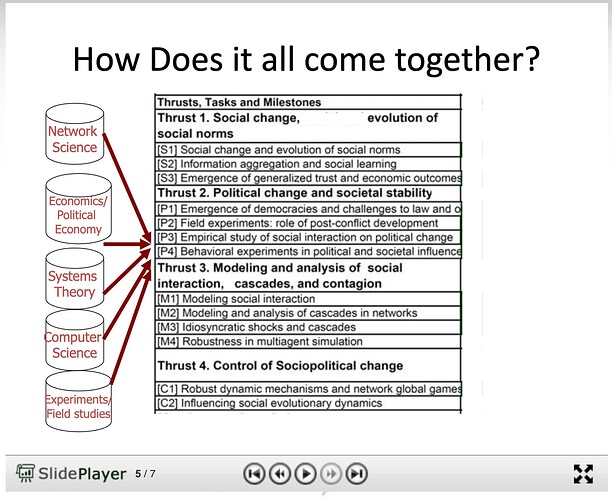 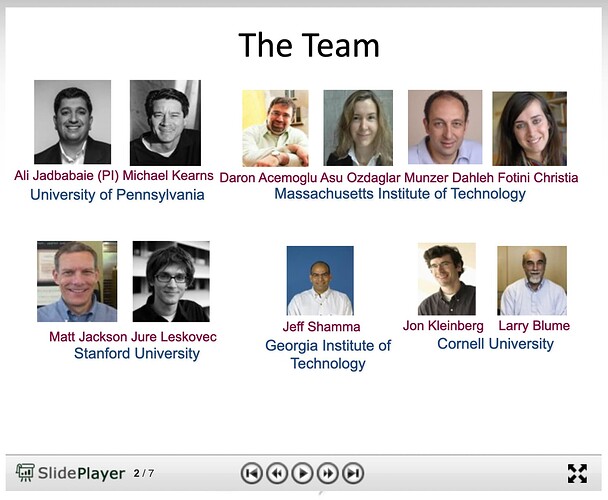 I spent the decade 1991-2001 in machine learning and AI research at AT&T Bell Labs. During my last four years there, I was the head of the AI department, which conducted a broad range of systems and foundational AI work; I also served briefly as the head of the Secure Systems Research department. The AI department boasted terrific colleagues and friends that included Charles Isbell (now at Georgia Tech), Diane Litman (now at University of Pittsburgh), Michael Littman (later at Rutgers, now at Brown), David McAllester (now at TTI-Chicago), Satinder Singh (now at University of Michigan), Peter Stone (now at University of Texas), and Rich Sutton (now at University of Alberta). Prior to my time as its head, the AI department was shaped by the efforts of a number of notable figures, including Ron Brachman (who originally founded the department; now at Cornell Tech), Henry Kautz (who led the department before heading to the University of Washington; now at the University of Rochester), and Bart Selman (now at Cornell). Before leading the AI group, I was a member of the closely related Machine Learning department at the labs, which was headed by Fernando Pereira (later at Penn, now at Google), and included Michael Collins (later at MIT and Columbia, now at Google), Sanjoy Dasgupta (now at UCSD), Yoav Freund (now at UCSD), Rob Schapire (later at Princeton, now at Microsoft Research), William Cohen (now at CMU), and Yoram Singer (later at Hebrew University and Google, now at Princeton). Other friends and colleagues from Labs days include Sebastian Seung (later at MIT, now at Princeton), Lawrence Saul (later at Penn, now at UCSD), Yann LeCun (now at Facebook and NYU), Roberto Pieraccini (now at Jibo), Esther Levin (now at Point72), Lyn Walker (now at UC Santa Cruz), Corinna Cortes (now at Google), and Vladimir Vapnik (now at Facebook).

Ok - so the Blockscience address in Tempe is a fifteen-minute drive to ASU. 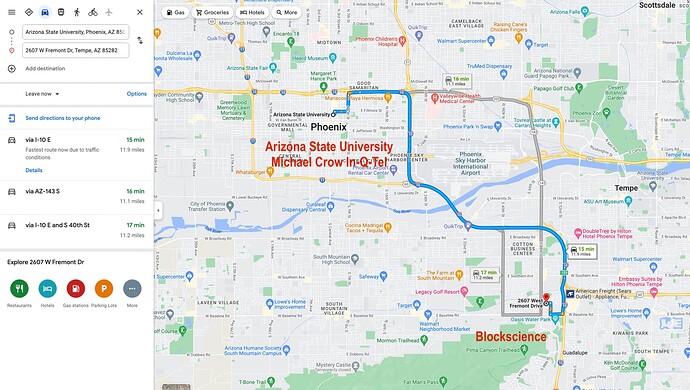 Useful graphic to show how these areas relate. 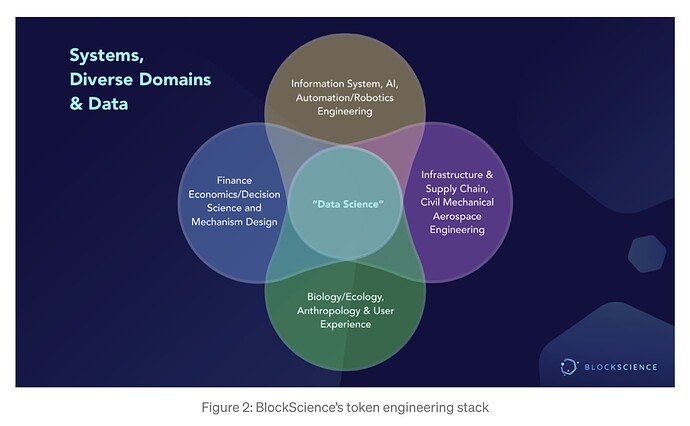 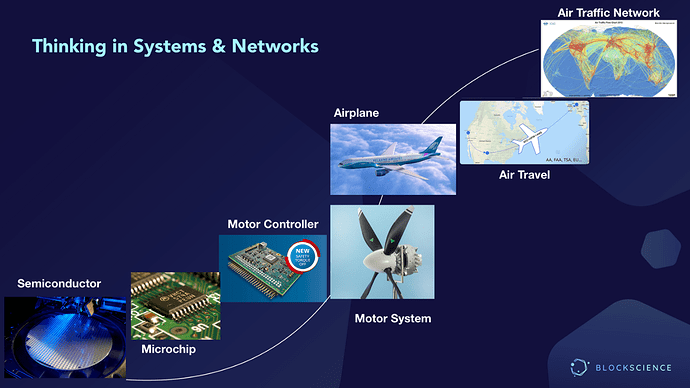 Sure! From my understanding their role is creating simulations and doing basic research in crypto-economics and related fields (all the stuff you have above in the slides). They create digital twins of systems for analysis purposes. They’ve played a big role in the development and application of bonding curves as well as governance design in general.

They call blockchain systems ‘complex systems’ and one of the main tools they built to create simulations is called cadCAD (complex adaptive dynamics Computer-Aided Design).

To me it seems like alot of their contracts are undisclosed, but they are highly regarded and have been doing this at least since 2017. The did the digital twining of the Red Cross X Grassroots Economics community currency system, and work with IXO and the IDCC creating impact markets and tokenized time vouchers in Hong Kong.

Thank you. Checking this out now. 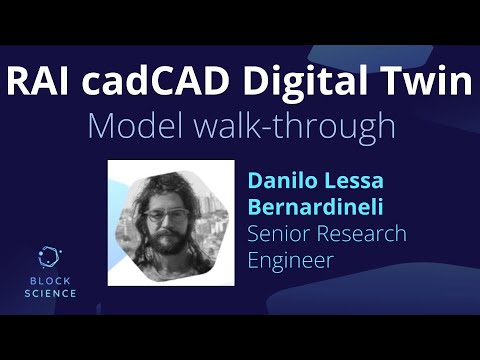