One of the most familiar images of the NYSE on the evening news is the loud ringing of a bell, signaling the opening or closing of the day’s trading.

Trading floor bells are more than just a colorful tradition. They are critical to the orderly functioning of the marketplace, assuring that no trades take place before the opening or after the close.

The History of the Bell

First Uses of the Bell

Bells were first used at the Exchange in the 1870s with the advent of continuous trading. A Chinese gong was the original bell of choice. But in 1903, when the Exchange moved to its current building, the gong was replaced by a brass bell – electrically operated and large enough in size to resonate throughout the voluminous main trading floor. Today, each of the four trading areas of the NYSE has its own bell, operated synchronously from a single control panel.

The brass bells functioned without incident until the late 1980s, when the NYSE decided the time had come to refurbish them and purchase a new one for backup. With that decision, the Exchange learned just how unusual its bells really are.

First, the Exchange had to identify the manufacturer of the bells – a firm with which the NYSE hadn’t done business in more than 80 years. With some digging, the G. S. Edwards Company of Norwalk, Connecticut, was rediscovered.

However, when the NYSE officials explained that they wanted to purchase a new bell, measuring 18 inches in diameter and matching the old, representatives of the Edwards Company were astonished. It seems that neither Edwards nor any other company, makes bells anywhere near that large – or loud – today.

Edwards agreed to make a new bell from scratch, bringing former employees out of retirement to handle the job. Sound measurements were taken, and the tone of the bell was matched to the NYSE’s existing bells.

Along the way, too, came the discovery of a massive old bell hidden within the infrastructure of the NYSE. An electrical contractor, on hearing of the plans to upgrade the bell system, recalled how he had once seen a bell in the crawl space above the ceiling of the main trading room. The long-forgotten beauty – a whopping 27 inches in diameter and covered with a thick coat of dust – was removed and reconditioned. It turned out to be another 1903 original and is believed to have been buried in its resting place for half a century because it was simply too loud even for the Exchange. Toned down, it now gleams on a platform above the trading floor, patiently awaiting its recall to duty if the need ever arises.

When the NYSE moved into its new building at 10-12 Broad Street in 1865, “calls” of stock were made twice a day in the second floor Board Room. The president kept order during trading sessions with the aid of a gavel.

The gavel has always been used in conjunction with the closing bell, perhaps in recognition of the 19th century stock calls. The gavel strikes a “sounding block,” a turned block of wood, possibly oak, from the center part of a log (you can see tree rings on the bottom side). This sounding block, or one of a similar size and shape, appears in the 1928 motion picture film, “The Nation’s Marketplace.” 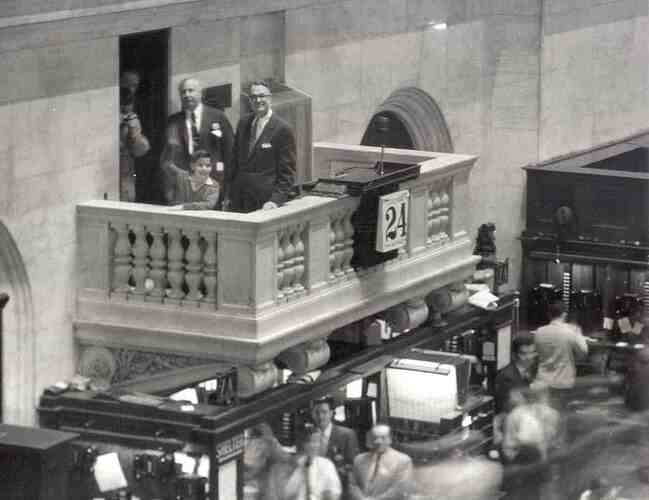 Founded by Robert Edwards & David Rousseau in 1872 The Edwards Company has had a rich history of accomplishments.

The History of Edwards Signaling

*** 1984- The first Edwards piezo-electric signals are introduced, marking the introduction of the latest technology in light duty signaling.**

Like many of the other door chimes in Edwards 1941 range, the Colonial’s cover was made of a composite wood material branded as Sylvite.

Fashioned of Sylvite. Edwards & Company has chosen this wonderfully durable composition wood for the new models. Sylvite is made in a wide variety of colors and finishes, and is the only material which accurately reproduces old wood carvings.

Sylvite did not appear after the war as plastic became the favored material for door chimes.

Another design element of this chime, and others from Edwards for many years, is the placement of the hanger for the shorter tube. Placing it higher than the longer bells’ hanger exaggerates the difference in length.

General Signal Corporation (formerly NYSE: GSX) was a publicly traded control equipment and systems company based in Stamford, Connecticut, and was listed in Standard & Poor's S&P 500 Composite Index of 500 of the largest public companies in the United States. It was a leading manufacturer of control systems technology primarily serving the transportation and telecommunication industries. In late 1998 it was bought for US$2 billion by a much smaller company, SPX Corporation. General Signal Techn...

Dry etching had not yet come into its own back in 1981. Barrel Etchers had been in use for almost five years but were successful mostly when used as ashers to remove

Arthur Zafiropoulo systematically led chip companies to do what they thought...

Arthur Zafiropoulo strength is in his ability to properly balance technology with marketing and sales. He highlighted technologies overlooked by chip makers, such as plasma

Arthur W. Zafiropoulo, noted for his leadership skills and technical expertise in the semiconductor industry since 1965, became President of Ultratech Stepper, now Ultratech, Inc., in 1990, and in 1993, led the management buyout, and subsequently,... 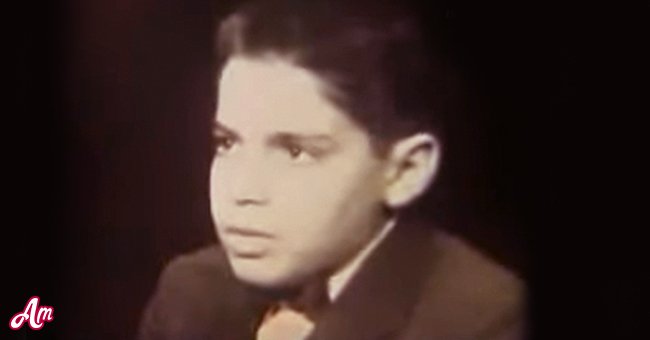 Lenny Ross Was a National Child Prodigy Whose Life Was ‘Ruined’ by Early Fame...

Lenny Ross was a child prodigy whose life got ruined by his early fame and mental struggles, and although he sought different ways to get better, his inner demons eventually took the best of him.

United Technologies Corporation (UTC) was an American multinational conglomerate headquartered in Farmington, Connecticut. It researched, developed, and manufactured products in numerous areas, including aircraft engines, aerospace systems, HVAC, elevators and escalators, fire and security, building automation, and industrial products, among others. UTC was also a large military contractor, getting about 10% of its revenue from the U.S. government. Gregory J. Hayes was the CEO and chair In ...

United Technologies Corporation (UTC) was an American multinational conglomerate headquartered in Farmington, Connecticut.[1] It researched, developed, and manufactured products in numerous areas, including aircraft engines, aerospace systems, HVAC, elevators and escalators, fire and security, building automation, and industrial products, among others. UTC was also a large military contractor, getting about 10% of its revenue from the U.S. government.[3][4] Gregory J. Hayes was the CEO and chairman.[5]

In April 2020 UTC merged with the Raytheon Company to form Raytheon Technologies.[6]

Raytheon Technologies Corporation is an American multinational aerospace and defense conglomerate headquartered in Arlington, Virginia. It is one of the largest aerospace and defense manufacturers in the world by revenue and market capitalization. In addition, it is one of the largest providers of intelligence services. Raytheon Technologies manufactures aircraft engines, avionics, aerostructures, cybersecurity, guided missiles, air defense systems, satellites, and drones. The company is also ...

The United States Army Signal Corps (USASC) is a branch of the United States Army that creates and manages communications and information systems for the command and control of combined arms forces. It was established in 1860, the brainchild of Major Albert J. Myer, and had an important role in the American Civil War. Over its history, it had the initial responsibility for portfolios and new technologies that were eventually transferred to other U.S. government entities. Such responsibilities ...

The term “RADAR” was coined by the Navy in 1940 and agreed to by the Army in 1941. The first Signal Corps Field Manual on Aircraft Warning Service defined RADAR as “a term used to designate radio sets SCR (Signal Corps Radio)-268 and SCR-270 and similar equipment”. The SCR-268and 270 were not radios at all, but were designated as such to keep their actual function secret.[citation needed] Although important offensive applications have since been developed, radar emerged historically from the defensive need to counter the possibility of massive aerial bombardment.

Any signal that can be represented as a variable that varies in time has a corresponding frequency spectrum. This includes familiar entities such as visible light (perceived as color), musical notes (perceived as pitch), radio/TV (specified by their frequency, or sometimes wavelength) and even the regular rotation of the earth. When these signals are viewed in the form of a frequency spectrum, certain aspects of the received signals or the underlying processes producing them are revealed. In some... 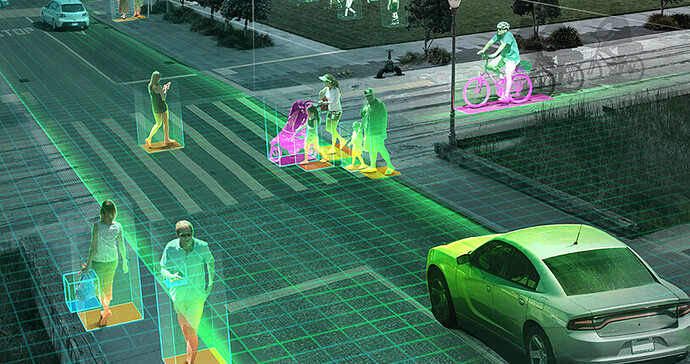 Circuits and VLSI Research at NVIDIA

In integrated circuit manufacturing, photolithography or optical lithography is a general term used for techniques that use light to produce minutely patterned thin films of suitable materials over a substrate, such as a silicon wafer, to protect selected areas of it during subsequent etching, deposition, or implantation operations. Typically, ultraviolet light is used to transfer a geometric design from an optical mask to a light-sensitive chemical (photoresist) coated on the substrate. The pho...

Plasma etching is a form of plasma processing used to fabricate integrated circuits. It involves a high-speed stream of glow discharge (plasma) of an appropriate gas mixture being shot (in pulses) at a sample. The plasma source, known as etch species, can be either charged (ions) or neutral (atoms and radicals). During the process, the plasma generates volatile etch products at room temperature from the chemical reactions between the elements of the material etched and the reactive species genera... 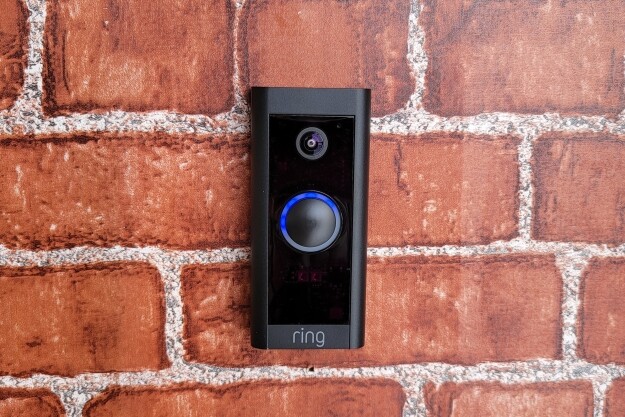 The bell is an incredibly ancient ritual tool. When being struck, the bell produces vibrations that are filled with power in accordance to the bell's fullness, tone and material.

The bell is an incredibly ancient ritual tool. When being struck, the bell produces vibrations that are filled with power in accordance to the bell’s fullness, tone and material.

Bells of all sizes are being used across the world, the bell of Notre Dame in France for example. Over the years, people have been singing songs and carols with these instruments, which is in part the reason for the bell’s association with winter holidays.

A bell is a female symbol and often used in rituals to invite the Goddess. The chimes of the bell are used to reflect negative spells and evil spirits and encourage good energy. When not in use, you can keep the bell inside of a cabinet or hang it on a door to guard your home, or simply place it on your altar for future use. The element associated with the bell is Air.

During rituals, there is a meaning to the number of times the bell is struck: 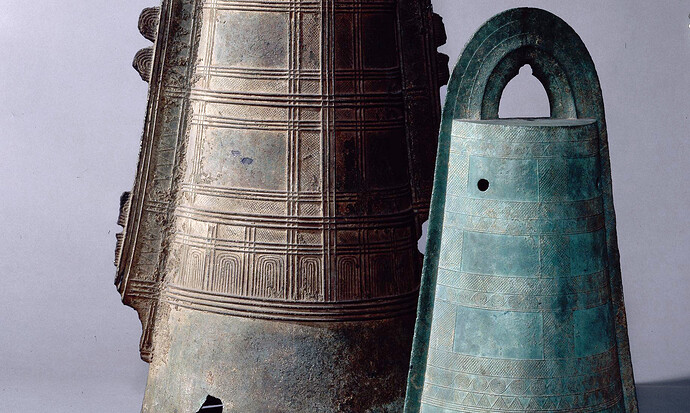 The origin of the dōtaku is thought to be the Chinese cattle bell. 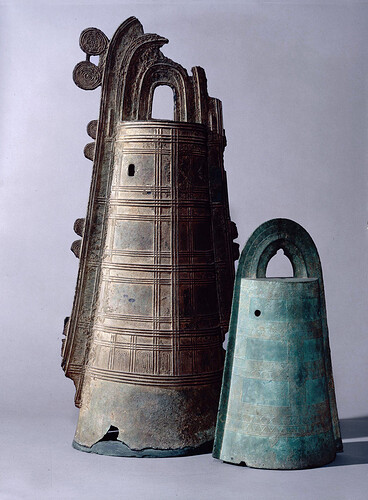 The origin of the dōtaku is thought to be the Chinese cattle bell. However, the Japanese did not practice cattle farming, so the first bells must have been imported as ritual objects. The fact that they are often found buried on isolated hill-sides and show evidence of having been buried and dug up several times, suggests their use in an agricultural ritual. Dōtaku were cast in moulds made up of pieces of stone carved with decorative patterns. Some of these stones have also been excavated. The earliest bells have suspension rings and clappers. These rings gradually became larger, and part of the bell’s overall design. The clappers only produced a muffled tone, underlining the fact that these were ritual objects not intended to be rung.

The delicate decoration on these bells resembles that found on contemporary Chinese mirrors. Later bells were decorated with scenes of animals and humans hunting or farming. Bells up to twice this size have been found.

“optical mask” jumped out at me there - masking